Sweden is widely considered one of the most leftist or progressive country in the world, and one of the core ideologies leftists have is egalitarianism.

But they still employ monarchism, and it is fundamentally incompatible with egalitarianism in my opinion. I found one similar question on Quora but no answer solved my question. One answerer said Swedish monarchism doesn't have any political power but it is same as countries like Japan, and it doesn't meet egalitarianism.

So I wonder, why do Sweden, the seemingly extremely liberal country, still employ monarchism? Is there any movement that tries to abolish it, or is there any political party that supports it? How do citizens think about it?

The poll or survey is highly appreciated.

The king in Sweden, like monarchs in several other modern constitutional monarchies, have no formal authority. No power to rule.

Like most other monarchs today, He only has ceremonial, and representative duties. Stuff like visiting other countries, attending ceremonies, hosting representatives from other states etc. So the political power is held by the democratic government.

In Sweden, they have had monarchs (kings, ruling queens, viceroys and regents) going back at least a thousand years iirc. So it is an old Tradition. A tradition older than many countries in fact.

There are two main reasons why Sweden is still formally a monarchy, even though there is a long standing majority in the parliament ("riksdag") to abolish it.

Firstly it remains due to sentimental reasons. As mentioned in the answer from svin83, the swedish monarchy goes a long way back. And even though several parties wants to end monarchy as a matter of principle, the king and the royal family have massive popular support. So actually bringing the matter to a vote might cost votes, while the number of voters who sees reluctance to actively end monarchy as a deal breaker is very small. (ie there are certainly active republicans, but they are too split on other issues to be a political force)

But there is another reason. Swedish national politics until quite recently was completely dominated by the social democratic party. Even through some "intermissions" with a non-social-democratic government, they were a formidable political power house.

Abolishing monarchy would also imply a president with some amount of political power, a potential threat to a party holding a dominating position. Therefore, status quo remained.

(Note, I am aware that the second part has a certain air of conspiracy theory. It must be noted that there is absolutely no hard support that this ever was done as a concious tactic. Still, it was not in that partys interest to push a republic agenta too hard.)

Monarchs have been players for power on the Scandinavian Peninsula since before the countries there were even known by their present day names. The first Swedish king in a consecutive regnal succession — Erik the Victorious — did not even have a unified Sweden to rule over; the nation was divided into several lands. The modern Sweden was formed in the Early Vasa Era, from 1523 to 1611.

So one could say Sweden had its kings before before its kings had Sweden. Sweden was born a monarchy and has remained so since then.

The Swedish royal family enjoys popular support. And although support for the family as a whole has been veining in later years, the heir apparent — crown princess Victoria — earns the highest popular support of any public figure among Swedes.

There is a republican movement, seeking to abolish the Swedish monarchy, but even they give a vote of confidence to Victoria. 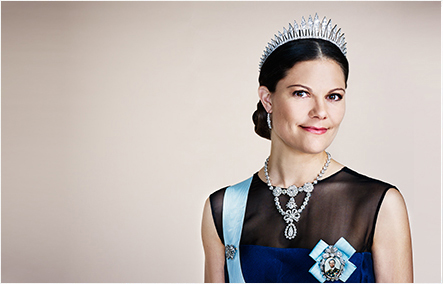 Monarchs make for effective national representatives. Internationally, kings, queens, princesses and princes make for lots of Ooh's and Aah's. Although the concept of the sovereign monarch is terribly outdated in a majority of the world, royalty still elicit awe and wonder. As much people want to consider themselves enlightened and above the old nonsense of giving respect to a title and inherited standing... we are still charmed by the notion.

The downsides of letting the head of state be an inherited office are wholly a matter of principle and not something that negatively affects the Swedish democracy.

Sweden has no downsides to having a monarch, and the positive aspects of it are tangible. There are some that are opinionating that Sweden should — for the sake of the democratic principle — abolish the monarchy. But practically speaking, the upsides of keeping it are good enough to warrant this exception.

Not the answer you're looking for? Browse other questions tagged monarchy sweden .

16
Why did Denmark stop refugees transiting from Germany to Sweden?
15
Why does Assange fear Sweden will extradite him to the USA?
4
Why does Sweden spend so much on official development assistance?
26
Why does seemingly progressive Sweden strongly disapprove of prostitution?
0
Why did Germany and Sweden decide to accept Syrian refugees?
79
We will never surrender! Why would a country have this policy?
31
Why did Sweden issue the 'if crisis or war comes' pamphlet?
0
Why does Denmark allow its citizens to return from Sweden, but not admit Swedes?