Are there any countries besides Finland that use official emojis to promote themselves?

According to this article Finland is the first country to use emojis as part of its country brand:

Two of the emojis, sauna and woolly socks, have been accepted by the Unicode Consortium for inclusion in the Unicode Standard. This meant that the emojis will appear in the emoji keypads of all devices, and they will be available for use within the text of text messages and on all social media channels.

Finland became the first country in the world to publish its own national emojis in December 2015. There are currently 49 Finland emojis in the collection.

This is a very interesting and modern way of promoting the country and I am wondering if there is any other countries that decided to use a similar approach.

Question: Are there any countries besides Finland that use official emojis to promote themselves?

Looking through proposed previously proposed emoji, there are none that have been proposed by a national government. Most come from existing sets of characters in Japanese encodings, and the more recent ones have been proposed by a variety of organisations and individuals. Finland is the only country in which the government has proposed a collection of emoji and had them accepted (with some changes: the original proposal for "sauna" was a naked person, that has been modifed to a head-and shoulders with steam and towel.)

The closest analogy that I can find is the proposal to include the English, Scottish and Welsh flags, that received support from the national football teams of those countries, but not officially from any of the governments in the UK.

Are there any countries besides Finland that use official emojis to promote themselves?

In the broad sense of the world, emojis (i.e. ideograms) have been used to represent countries, usually in the form of flags, officials seals, a coat of arms, and logograms that represent a political unit, from the earliest days known to archaeology, going back to civilizations that had select symbols on seals but not a full fledged written language.

For example, the Harappan city of Mohenjo Daro ca. 2500 BCE, was probably known as the "City of Cockerels" (or perhaps "Chicken City"). We know this from the emoji seal used to indicate an association with that city-state, which was the symbol of two Roosters seems to be associated with the prefix symbol that seems to mean "a large city" or "city-state". 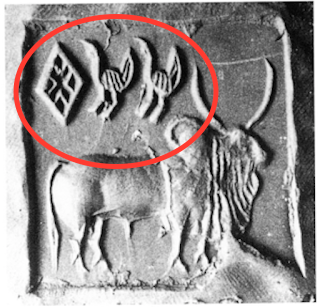 The only thing new about Finland's official emojis that is new is that they have a digital rather than tangible form.

Not the answer you're looking for? Browse other questions tagged finland .

3
Are any hunt sabotage groups active in the Nordic countries?