Why doesn't the USA split into "Divided States of America" to achieve political autonomy? [closed]

While the disagreements between political parties have naturally always been present in the USA, their differences were historically nuanced, and Representatives of both parties regularly found common ground on a variety of issues. Party lines were not hardened back then, and movements like the Mugwumps (Republicans supporting a Democratic presidential candidate in 1884) were not unommon.

Starting in the 1970s, and especially in the the 2000s party lines thicken. With the election of Donald J. Trump, the divide of the USA has been more easy to see and deeper than ever.

(There is even somewhere on Stackexchange a graphic showing the likelihood of one representative to vote the same way as one from the other party. They diverge notably in the last 3 to 5 decades)

Let me be clear: This question is not grounded on Trumps victory alone. The political values of the Americans - be it universal health care and medicare, military spending, immigration policy, foreign policy, stance on the 2nd amendement, womens reproductive rights, social programs, and economic regulation - differ excessively; much more than they do in most countries.

In 2016 61% of the US population lived in so called "landslide" counties, the highest amount in recorded history. (https://fivethirtyeight.com/features/purple-america-has-all-but-disappeared/)

With a divide this deep, and world views so different, I ask this:

Would the complete seperation of the USA in two different unions not be advantageous for their respective population in reaching their political self-determination? Would such a scenario be sustainable? If not, how so?

Considering the voting behaviour of the states, and trying to avoid enclaves, I would propose 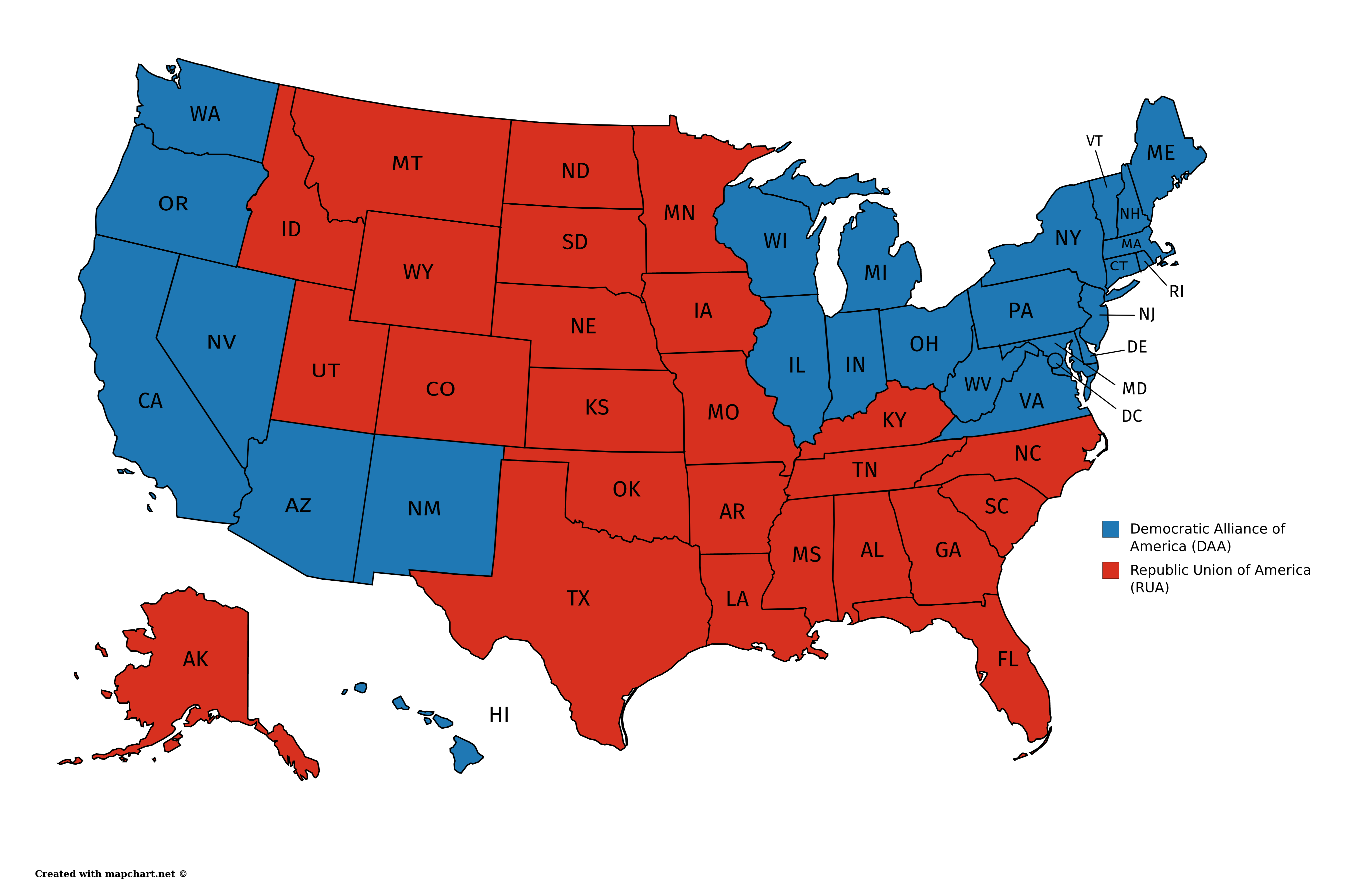 One of the great advantages I see is that both can change their individual political system in ways that suits their philosophy, most likely radically altering their respective constitutions. Although easily mistaken that way from the picture, this doesn't mean each current american party gets its own country; but people of similiar ideology.

Once both countries were established, the "demixing" would spike for a short period, as people would move to the America of their values.

12
For the U.S. Christian Right, are Sunday store openings an issue?
5
When the founding fathers of the USA added Freedom of Religion, were there any religions in North America that killed in the name of religion?
1
Did Reagan's use of "God bless America" in his 1980 speech reflect tones that were already present in the political discussion?
0
Do political assassinations and attempts correlate with portions of the political spectrum?
5
Can Texas really split itself into five states?
53
Why did political parties form in the United States?
8
Why are people asked for their party affiliation when registering to vote in the United States?
5
Would switching to a proportionate House require a constitutional amendment?