How tightly is the rural/urban population ratio correlated with a state's red/blue status?

Having lived in a few areas in the U.S., I've noticed that urban cities are often (if not always) left-leaning (blue) and rural areas are right-leaning (red).

Setting aside the handful of "swing states", how much influence does the ratio of urban to rural population affect a state's overall political majority status? I assume someone has studied this, but I have yet to find anything so far. 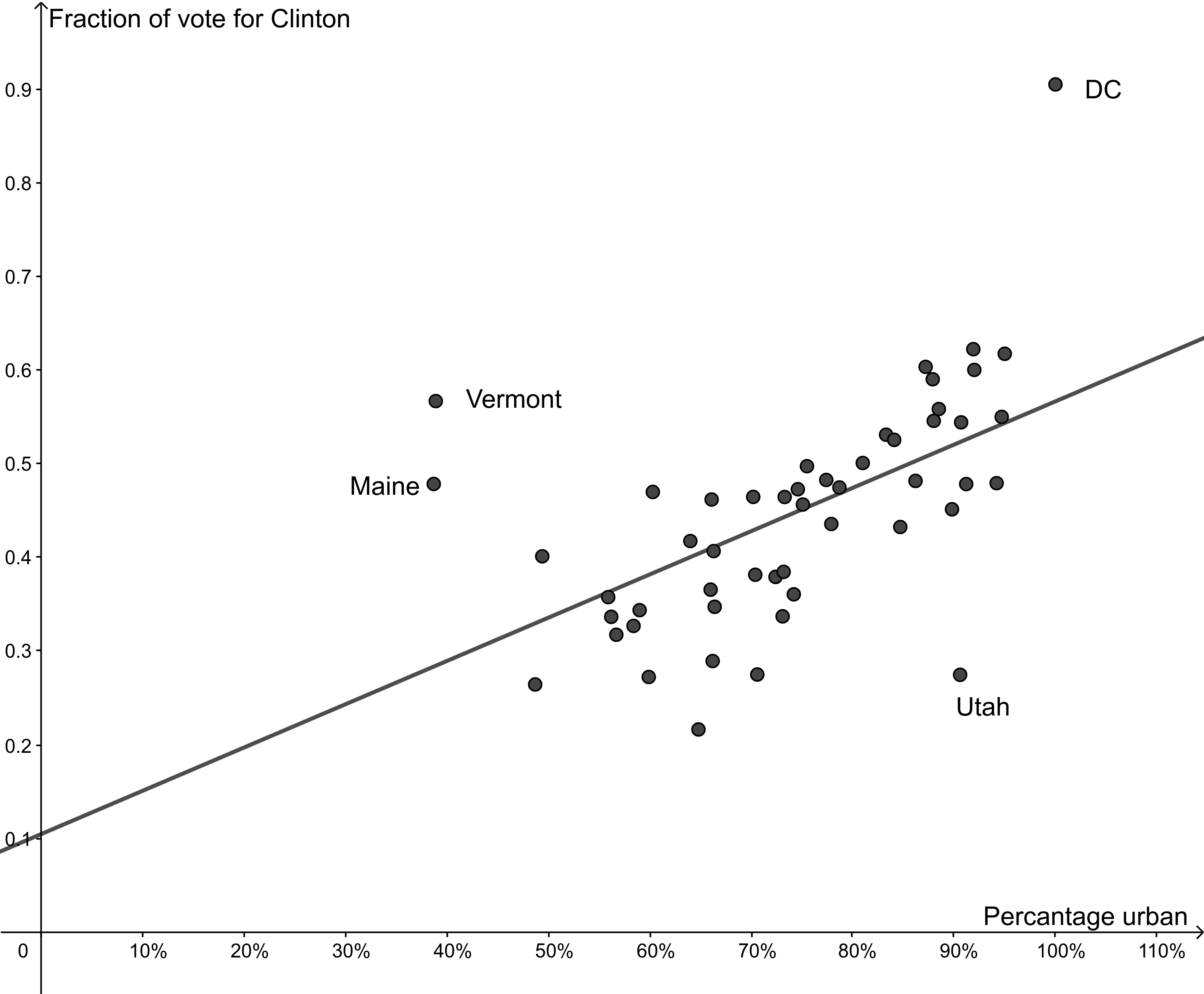 There is a good correlation. I've drawn a least squares linear regression line. The product momement correlation is 0.57; r²=0.32 so about ⅓ of the variation in voting can be explained by variation the urban percentage.

My graph can be found online.

Outliers are always interesting. At the top right, DC has a completely urban population. Maine and Vermont are Blue states with a rural population. Utah is a largely urban state but very red (it would have been even further down had I used 2012 data) 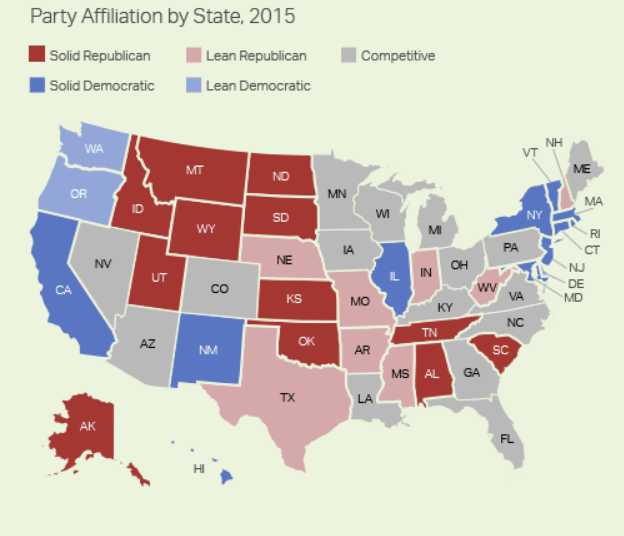 11
How tightly can a 501(c)(3) and 501(c)(4) operate as the same organization?
3
How effective is the fight against skewed sex ratio in India?
1
How is the US population growing amidst restrictive immigration policies?
6
How do crime rates compare between Black and White populations of similar economic status, particularly for those below the poverty line?
3
What was the correlation between a US state's Hispanic population and two party vote share for Hillary Clinton?
1
Did the connection of party and ideology lead to red states and blue states becoming a thing?
42
What's the red, white and blue (with stars) banner that Trump was using on the stage in his election campaign?
1
If a state's population falls below 30,000, how would they be represented in the House?
2
How "red or blue" is each state by self described partisan identification per CCES?
23
How can a welfare state with high taxes survive in the face of an aging population?