30+ years ago, why was there often a huge split between the presidential and house elections but not anymore?

Going back further to 1972, Republican president Richard Nixon was re-elected with 49 states and a 23.2% margin in the popular vote. At the same time House Democrats in the house won a 50-seat majority with a 5.6% popular vote advantage. That's a 28.8% discrepancy.

Why were there such a huge discrepancies? This has not happened since 1988.

Nowadays it seems most voters give all of their votes to candidates from the same party (at least for federal elections). So it's hard for me to understand how 30-40 years ago large numbers of voters were splitting their votes. What changed? Why were voters so willing to split votes 30+ years ago but not today?

In 1994, this changed. Southern Democrats increasingly voted Republican for Congress as well as the presidency. In fact, there is only one Southern Democrat left in Congress: Senator Joe Manchin from West Virginia.

A lot of factors probably involved, for example the home states of presidential candidates and their running mates may have more influence over general election voting that strict party loyalty. Nixon and Reagan were from California, the state with the most electoral votes. Bush was from Texas, 2nd only to California in votes.

The 1984 electoral landslide is a strong example of this, with challenger Walter Mondale winning only his home state of Minnesota, and the perpetually Democratic District of Columbia. 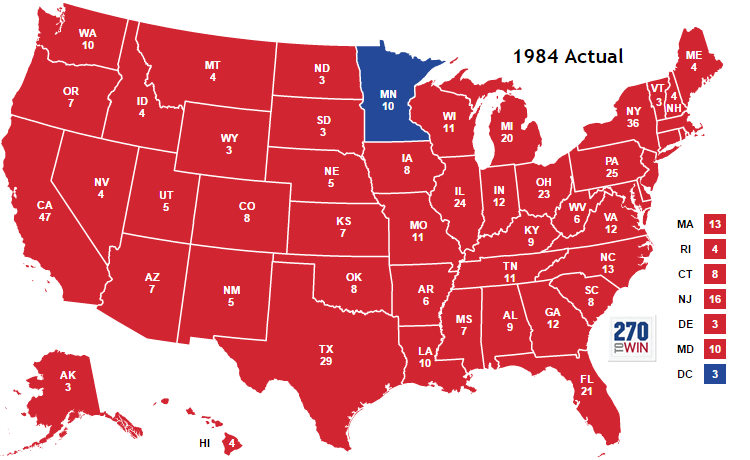 For Ronald Reagan and George H. W. Bush I can get more specific. They had the support of a group of voters sometimes called the Reagan Democrats who voted a split-ticket. Some authors spoke of a Reagan Mandate, the phrase Peace thru Strength resonated. Reagan supporters and the country at large, seemed to share his desire to take a stronger line with the Soviet Union and favored spending more on national defense, which (perhaps counterintuitively) lead to reduction of tensions of the Cold War.

During Reagan's terms, it seemed there was a more bi-partisan cooperation between legislative and executive branches. Chis Matthews called this time "When Politics Worked" in writing about Reagan and Massachusetts Democratic House Speaker Tip O'Neil.

Some of that carried over to Democratic support in Bush's election. 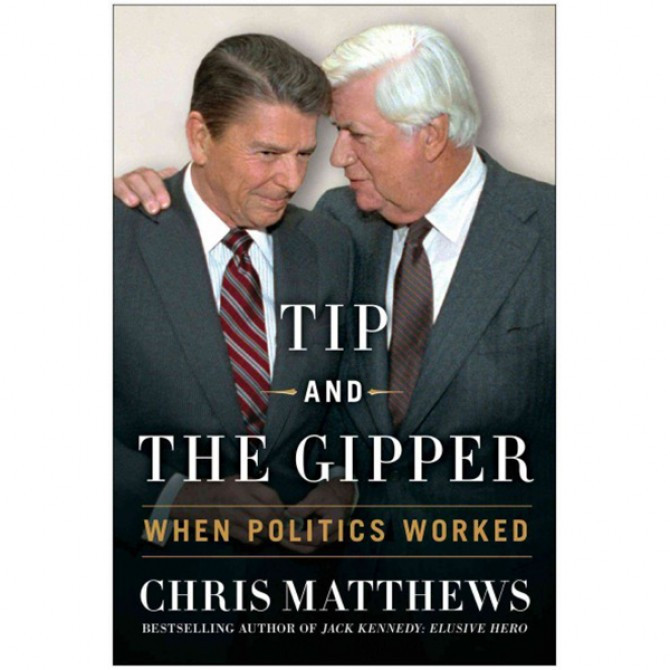 if americans were perfectly uninformed, and everyone voted for one of two candidates, the split would be (statistically) 50/50.

23
What makes California a Democratic state?
17
In 2016, why did the GOP win the House popular vote while Clinton won the popular vote?
4
How did Republicans get a majority of governorships and lose the popular vote by almost 3 million votes in 2018?
6
Was the Democratic vote less efficient in 2018 than in 2016?
4
What if the Electoral College ties and no candidate gets a majority in the House or Senate?
22
How do Republicans explain consistently losing the popular vote in presidential elections since 1992?
12
Are there other US presidential elections in which the majority of supporters of the losing side said the election was stolen from them?
2
Given how popular Democratic positions on many issues are why don't Democrats win landslides?
5
What was the House Popular Vote excluding uncontested races?