Freetown Christiania is a self-proclaimed autonomous neighbourhood in Copenhagen. 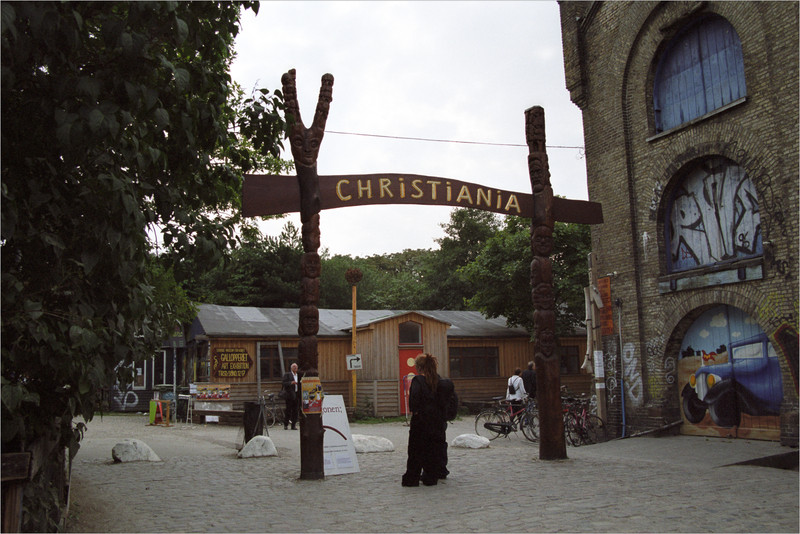 Christiania is an anarchist, autonomous community. According to Wikipedia, the area has a unique status in that it is regulated by a special law, the Christiania Law of 1989 which transfers parts of the supervision of the area from the municipality of Copenhagen to the state. Many of the living rules, such as building permits, are decided by consensus in a general assembly of residents. The residents of Christiania do not live independent of the Danish state: they pay taxes, their children go to recognised schools, and if there is a fire, they do allow the fire brigade to enter the area, and residents are not necessarily opposed to the existance of the state (though the reverse of the sign in the picture reads You are now entering the EU).

In practice, what makes Christania special? What is the relation between Christania and the Danish government, local or national? What are the powers that have been granted to the community? How far does its independence go?

I'm looking for answers that summarise the special status of Christiania in a political-legal context, not so much in the culture of the residents. Christiania seems quite unique — but why?

Since March 2004, when a massive police raid took place in Christiania, the community has been under constant police surveillance, with regular patrols. The raid, and the blurry status of Christiania in general lead to an amendment in the Christiania Law of 1989 in 2004, Act No. 431:

This was adopted on 1 June 2004 and came into force on 15 June 2004. The purpose of the Act is to lay down the framework for a new development of the Christiania area, which accommodates an alternative social structure in accordance, however, with the general rules of Danish law. The Palaces and Properties Agency has been carrying out this work since then.

A series of negotiations between the Danish government and Christiania's residents started with Act No. 431 and ended with the residents rejecting the government's proposals in June 2008.

A new series of negotiations started in September 2008, this time based around proposals initiated by Christiania's residents. This second series of negotiations reached a conclusion in June 2011, when Christiania accepted a deal that would both legitimise the community and allow its residents to preserve their lifestyle. The Christianianites would have to pay 120 million kroner to buy the property they occupy and Knud Foldshack, the lawyer representing Christiania, has compared Christiania's future legal status to that of a council:

“It’s basically the creation of a new council in Copenhagen. There are actually council in Denmark which are smaller. It has been a super interesting task, but also the hardest case I have ever been involved in,” Foldschack said.

The first instalment payment (51.8 million kroner) was successfully made on July 1, 2012, and Christiania is en route to moving on from the semi-legal status it held since 1989 to a special, but fully legal, status of collective ownership.

Not the answer you're looking for? Browse other questions tagged anarchism .