What percentage of Trump supporters believed that Mexico will literally pay for the construction of the border wall?

"When during the campaign, I would say 'Mexico is going to pay for it,' obviously, I never said this, and I never meant they're gonna write out a check, I said they're going to pay for it. They are," he said as he prepared to depart the White House for the southern border.

Are there statistics somewhere on the percentage of Trump supporters who believed that Mexico will literally write a check to pay for the wall?

Yes. Here's one poll by Quinnipiac University, see this link. The poll suggests that a majority of Republicans believed Mexico would pay for the wall. 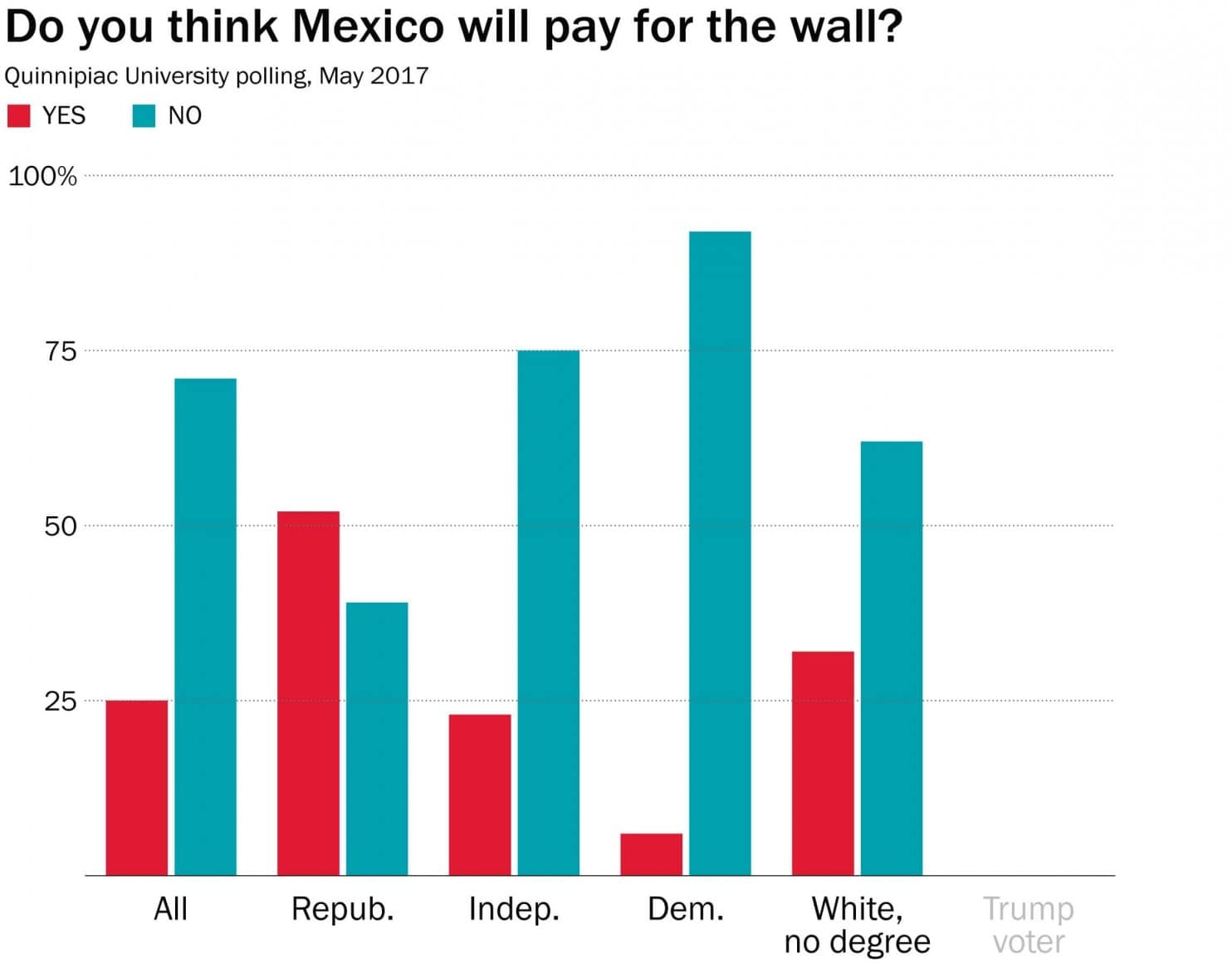 As of mid-December 2018, 59% of Republicans thought it was 'very likely' that Trump would get Mexico to pay for the wall (question 6A), and 9% believe he has 'already accomplished' this.

As for specific method? Fox News is probably the best source you'll get, and they cite the memorandum Trump sent out.

Not the answer you're looking for? Browse other questions tagged united-states donald-trump trump-wall .

3
What percentage of Warren supporters believed that only billionaires will literally pay for Medicare for all?
3
How to convey poll results with shifting demographics?

6
Does Trump's wall require congressional approval?
4
What current source(s) of funding is Donald Trump planning to use to pay for the Mexico/US border wall?
9
Why did many voters support a border wall instead of other border control methods?
30
How will shutting the government down enable Trump to build his Mexico border wall?
38
Are there any details as to where the $5,710,357,000 to fund part of Trump's wall would come from?
12
Did Trump ever explain why he wants to make Mexico pay for the wall?
9
How did Mexico react publicly to the suggestion it would pay for Trump's border wall?
3
What percentage of Warren supporters believed that only billionaires will literally pay for Medicare for all?