The Bank of England Brexit GDP scenarios show a blue area depicting a "close relationship" scenario and a "less close" relationship scenario. It is clear that when they use the label "less close" they mean still fairly close. There is also a red area depicting Brexit scenarios. Note that I am using this graph as background information because I encountered it when researching the subject of this question. Any caveats the Bank of England may have made about this graph still apply. 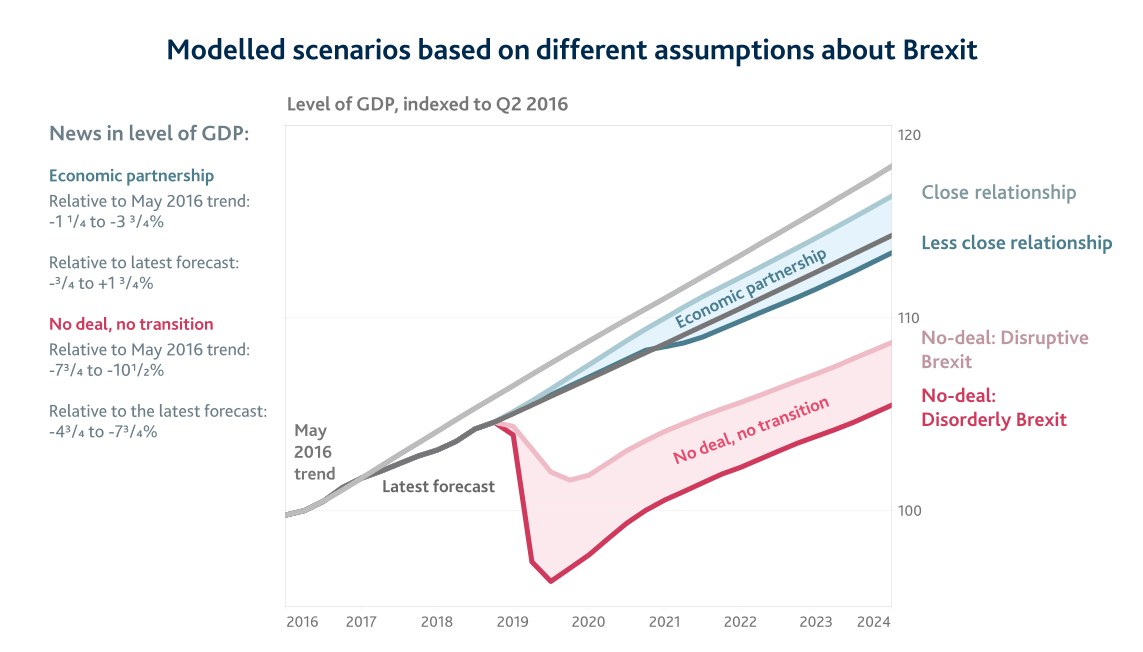 A "remain" scenario, which might be the same as the "close" scenario, means new international agreements in those matters where E.U. members have agreed to act as one would have to be negotiated by the E.U. After the implementation of some sort of Brexit, the U.K. and the E.U. would no longer be acting as one in certain matters. In that outcome, if it ever occurs, one of the opportunities then available to the U.K. is to have new international agreements negotiated by the U.K. which express U.K. preferences. These potential agreements seem to be absent from the scenarios depicted and it may be reasonable to have it that way if the Bank of England's goal was to consider the question of Brexit in isolation.

Do polls or some other evidence indicate popular support for post-Brexit freer trade in goods and services and freer cross-border inward and outward investment? The question is focused on the popularity of trade and investment that will be freer or can be made freer than it was before Brexit.

This is not a flippant dismissal, it's the heart of the problem. Nobody from the Brexit side or the Cabinet has managed to articulate coherently what deals they would make that are feasible. Without that it's impossible to measure what the benefits might be.

For example with India, the first demand was for concessions on Indian immigration to the UK. Is that likely to happen in the current anti-immigration political climate? I don't think so.

The preferences seem to be "reduce immigration no matter what the human or economic cost", which is unlikely to end well.

Not the answer you're looking for? Browse other questions tagged united-kingdom brexit trade polling foreign-direct-investment .