How can a country get a street / square / park in another country named after an important figure?

I have noticed that in some countries many city elements such as streets (where they have names, not numbers), squares, parks etc. might bear important foreign figure names, capital city names (e.g. Tokyo, Paris).

One example that comes into my mind is Charles de Gaulle, who has many avenues and squares named after him across the entire world.

I wonder how does one country obtain things outside its territory named after import political or cultural figures.

Question: How can a country get a street / square / park in another country named after an important figure?

Simple answer: that person needs to mean something to that country.

A prime example of this would be the Ronald Reagan Monument in Warsaw, Poland 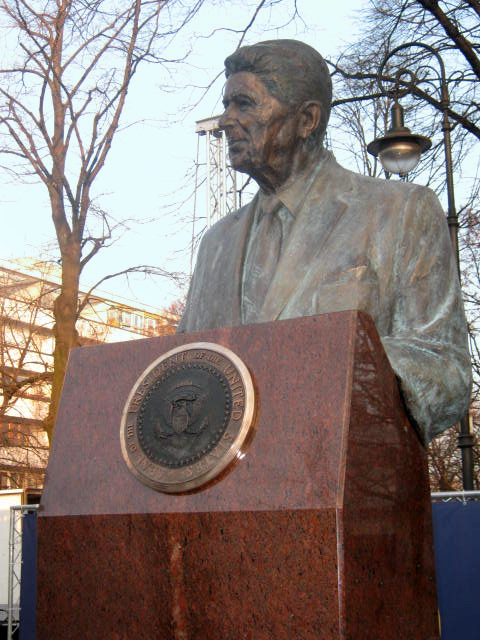 Ronald Reagan was the President of the United States from 1981-1989. So why is there a monument to him in Poland? Well, Reagan is best known for his efforts to combat Communism in the Soviet Union. Poland, which was under the Soviet thumb for many years, wanted to commemorate a man they see as instrumental in getting them out from under it

"Let us bow before Ronald Reagan for the fact that our generation was able to bring an end to the great divisions and conflicts of the world," Mr Walesa said in a ceremony in the heart of the Polish capital Warsaw.

"In Poland, we had more than 200,000 Soviet soldiers. Across Europe, there were more than a million, as well as nuclear weapons. Major changes without a nuclear conflict seemed unlikely," he added.

"Obtain" is very much the wrong word - the naming is a free choice of the locals, and is not only not at the instigation of the country the name is coming from, but usually without their knowledge.

Nelson Mandela also had a lot of things named after him, especially while he was in prison. This was a deliberate insult to the apartheit government of South Africa, part of the long campaign against its racism.

Not the answer you're looking for? Browse other questions tagged city-planning .