Can UK MPs vote on the same motion twice?

In this BBC News article, my attention was drawn to a footnote in a figure summarising a vote result: 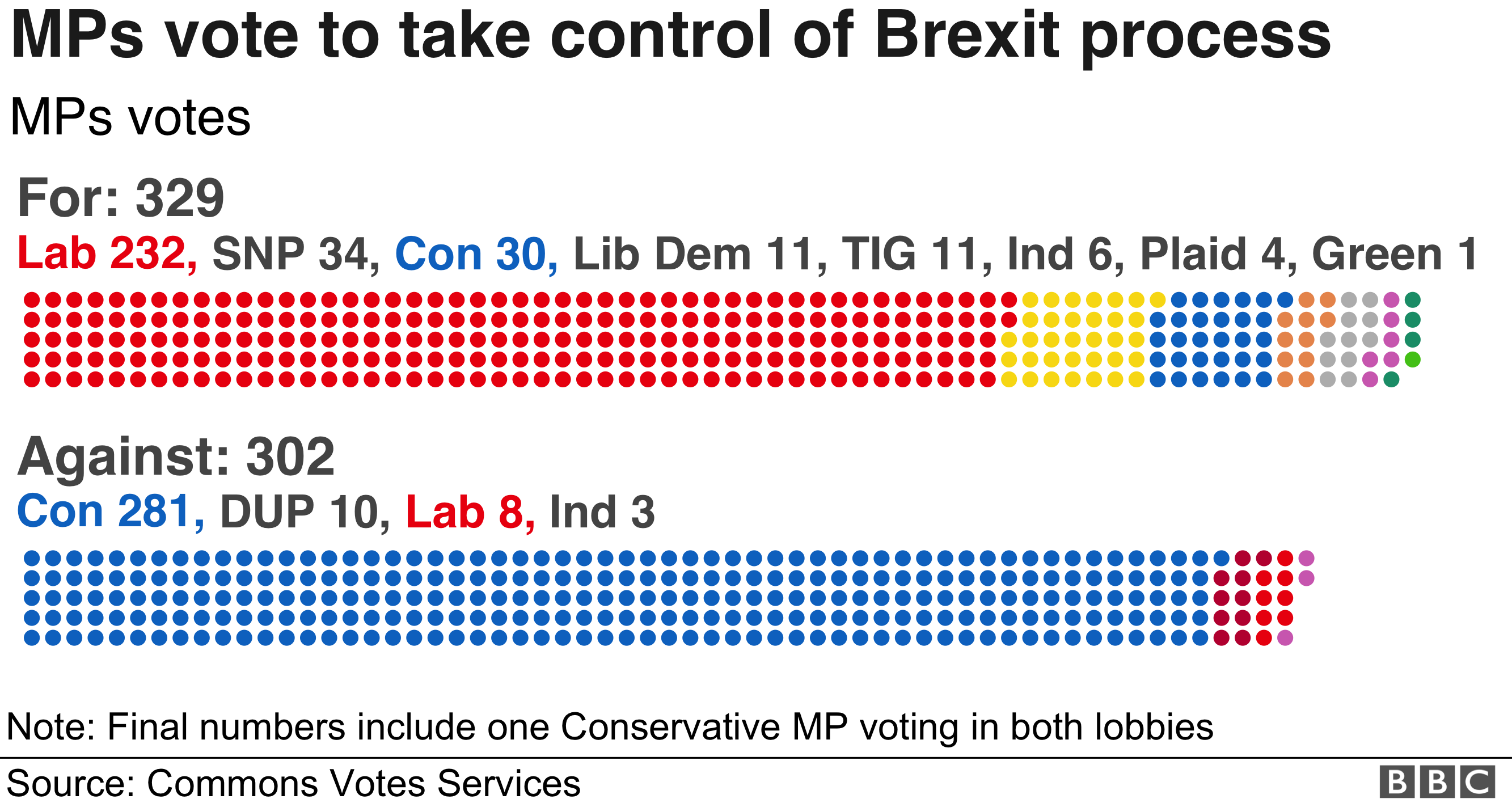 Final numbers include one Conservative MP voting in both lobbies

What? MPs can vote twice on a single motion? How does that work? Do they walk through one lobby, then quickly run around the hall and walk through the other lobby? Can they do that? Then what would stop them from walking through the same lobby twice?

The two lobbies are for yes and no. Voting in both is an abstention basically. And it happens often enough:

Voting analysis website the Public Whip documents hundreds of instances of voting both ways since 1997, when its records begin.

But the practice dates back at least to the 1970s, when the first scolding by the Speaker against the unorthodox procedure is on record.

Apparently MPs who are conflicted in some way engage in that "positive" or "deliberate" abstention of voting in both lobbies, for example:

Lib Dem MP Mark Williams voted yes and no on the government's proposed sell-off of publicly owned forests in 2011.

He disapproved of the policy, but felt that as a member for Ceredigion, a constituency on the Welsh coast, it would have been wrong for him to take a stand on something that affected England only.

There is no formal abstention in Westminster. The traditional way to abstain in that system is to not vote at all (but this will not count you as present, I think).

Apparently, in this particular case, Ed Vaizey voted against the amendment by mistake. Then he had to vote the second time to nullify his vote.

Today, Vaizey retweeted his constituent praising him on supporting the amendment, which, in a way, confirms that he originally intended to vote "aye" and voted "no" by mistake:

Good to hear that my MP @edvaizey was one of the Tory rebels who supported the Letwin Amendment yesterday. Common sense is starting to prevail.
@theoelliott 5:20 PM - 26 Mar 2019

In another tweet, Vaizey confirms the Mirror report that he voted by accident the first time:

I can now look British Airways pilots in the eye

@ch33sl3y Replying to @June4th
"NOTE: A 30th Tory, Ed Vaizey, voted both aye and no. Normally this is known as a 'positive abstention' - but the Mirror understands he voted both ways by accident!"
You couldn't make it up.

Here, Vaizey compares himself to the pilots of British Airways who recently landed in Scotland instead of Germany by mistake.

MPs are not allowed to change their vote, so quickly voting again is the only way to cancel a vote by error (Division factsheet from the House of Commons Information Office):

Abstention
There is no means in the House whereby a Member may register an abstention. But Members may continue to occupy their seats during a division to signify abstention.
A Member who has voted by error may, if he or she has time, cross over to the other lobby and vote again, hence nullifying the effect of his or her original vote, though of course this procedure does not allow him actually to register a vote in favour of the proposition on which he made the first mistake. Members can also, if they wish, stay in the lobby and not register a vote at all.

Also, an MP can vote both ways deliberately to signal an active abstention.

Public Whip has a list of 726 occasions of double voting.

Amazingly, on 726 occasions in these parliaments, an MP has voted twice in the same division. It's a little known fact that this is perfectly allowable, provided one vote is aye and the other is no. For details see under the heading "abstention" in the division factsheet from the House of Commons Information Office.

An MP may have done this to cancel the effect of a mistaken vote in the wrong lobby. However, it would seem reasonable to encourage the practice as a signal of active abstention from the vote. You can see in the table below one clear case of this happening, where many Conservative members abstain on a fishing issue.

38
Why does John Bercow say “unlock” after reading out the results of a vote?

2
UK MPs being in the Armed Services
15
How long can a vote of no confidence against the prime minister be delayed or avoided?
8
Have own MPs ever voted against the government in a no confidence vote?
8
How unprecedented is for MPs to take control of the parliamentary timetable?
28
Are British MPs missing the point, with these 'Indicative Votes'?
3
Can MPs stay in a party even after they vote against their own Government?
10
According to UK government, Parliament cannot stop a no-deal Brexit: Could this also be used to push through the agreement agreed by Theresa May?
5
When Conservative MPs lose the whip, do they retain the right to vote in leadership elections?
3
Can the UK government propose a motion of no confidence in itself?
1
Are letters from MPs to other MPs on the internet?