What Brexit solution does the DUP want?

In the context of the debate after May's deal was voted down, I've seen a fair amount of reporting on what the DUP doesn't want, but I haven't been able to find anything much on what they do want, apart from some fairly broad policy objectives from some time ago.

Have DUP made any specific proposals following the defeat of May's deal in Parliament? Did they vote in favour of any of the proposals recently made in Parliament? Or do they explicitly support a no-deal exit?

Did they vote in favour of any of the proposals recently made in Parliament?

In the first round of indicative motions the DUP voted for the "standstill transition" motion and abstained on a couple of others. 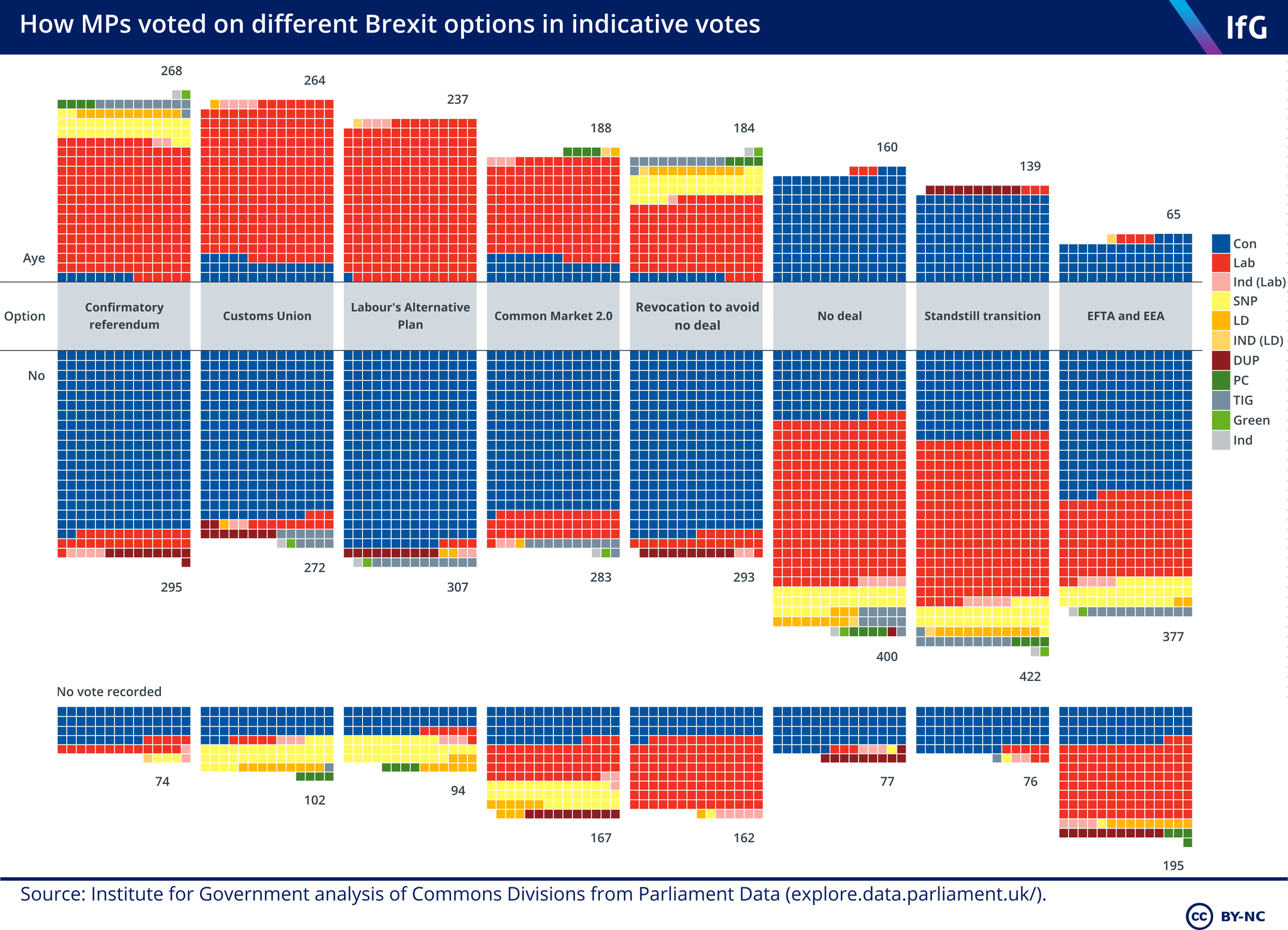 The full text of that motion includes

That this House directs that in case the UK is unable to implement a Withdrawal Agreement with the EU, Her Majesty’s Government shall seek to agree immediately and preferentially with the EU:

(b) a standstill period of mutual recognition of standards and conformity assessment for up to two years in which the UK will ensure compliance in the UK with the EU legislative acquis as adopted in Retained EU law under the EU Withdrawal Act on the day the UK leaves the EU notwithstanding that these arrangements may be superseded or extended by further mutual agreement;

(d) make provision for the payment of sums to the European Union ...

(I have elided text for brevity)

Not the answer you're looking for? Browse other questions tagged brexit northern-ireland .

11
Is there a clear statement from the DUP on their position on the post-Brexit border with Ireland?

11
Is there a clear statement from the DUP on their position on the post-Brexit border with Ireland?
28
What did the hard-line Brexiters (who quit May's government) want?
37
What would be the subject of a second Brexit Referendum?
8
What's the point in holding a second Brexit referendum?
28
Are British MPs missing the point, with these 'Indicative Votes'?
6
What is a “confirmatory” referendum in the context of Brexit?
3
Has Boris Johnson's government explained why its latest Brexit proposal does not include a referendum for Northern Ireland leaving the single market?
2
Why didn't European Union Referendum Act 2015 require ministers to implement the referendum's majority outcome by secondary legislation?