Do any democracies besides the UK have a ban on broadcasting legislative footage for comedic purposes?

When I first heard this on John Oliver's show, I thought it was a joke, but apparently there is a real ban in the UK on broadcasting parliamentary footage for the purpose of comedy.

Do any other democratic countries have such a law or regulation ban? (I realize that some countries may have broader laws that could be construed by a judge as implying such a ban, e.g. a prohibition of "insulting Turkishness"; in such cases, I want to know if has been construed in practice to mean a ban on showing footage of the legislature for comedic purposes.)

@RedGrittyBrick has correctly pointed out in an answer (now deleted) that the UK ban is a result of the licensing agreement that accompanies the footage from the Parliament. So it's neither a law nor regulation.

Proceedings of the House of Representatives, including any recording of such proceedings, may not be used for any political purpose or in any commercial advertisement, and may not be broadcast with commercial sponsorship except as part of a bona fide news program or public affairs documentary program.

Whether a US court of law might deem comedic or satirical use to be political in nature is unclear to me.

all live broadcasts and videos have been available in the Bundestag’s Media Centre in German since the beginning of the 17th electoral term in October 2009. Plenary sittings and committee meetings, special events, interviews and reports can be viewed or downloaded at any time at www.bundestag.de/mediathek.

It has this legal notice:

Where special conditions of use have been established for certain content published on the German Bundestag's website, these always take precedence. In general, the website's content may be downloaded or printed for personal use only. Its use for any other purpose, in particular commercial use and distribution, is in general not permitted and requires the written permission of the German Bundestag.

So they effectively ban everything other than personal use (which obviously excludes rebroadcasting excerpts for comedic purposes) and uses for which the Bundestag has given explicit individual written permission.

I don't know whether the Bundestag encourages comedic use of its video records or whether German law allows a way around these terms for use in comedy.

But footage of parliamentary proceedings is a closely-regulated commodity. Broadcasters are only allowed to use it if they adhere to a number of rules, set out in a 1996 resolution drafted when the chambers were first televised.

"Broadcasts may only be used for the purposes of fair and accurate reports of proceedings," the resolution begins. Sounds fair enough.

But it continues, adding that parliamentary footage "must not be used for a) political party advertising or election campaign, b) satire or ridicule, or c) commercial sponsorship or commercial advertising".

I don't know if this is accurate or still true.

I suspect the UK parliament may be unusual among democratic legislatures in explicitly specifying no satirical use in the licence terms for its videos. However I read an interesting commentary on an Australian site that was comparing what their parliament did with other democracies. It noted that the Copyright Act explicitly allows for "Caricature, Parody or Pastiche", at least of short sections. What I understand from that is that if you can obtain the video legally without signing a copyright licence, you are then free under the copyright law to make satirical use of it. It may be that Parliament being full of enthusiastic lawyers acts as a dampener on broadcaster's exploration of this. Satirists probably have an abundance of other material they can use satirically anyway. Satire of government in the UK never relied on parliamentary video and is not yet pining for the fjords. 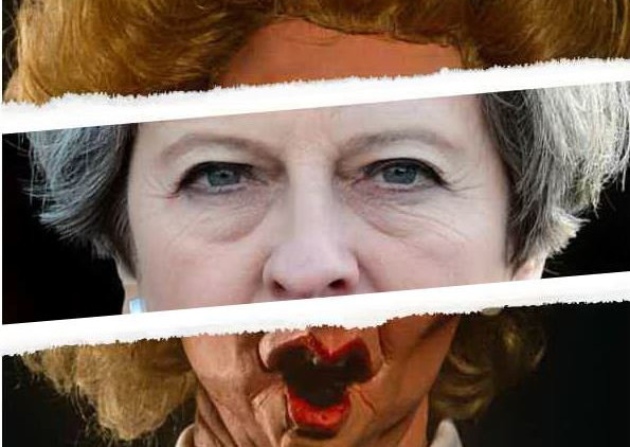 Not the answer you're looking for? Browse other questions tagged united-kingdom law media comparative-politics censorship .

1
Are there any rules/laws that would prevent 100% surveillance of Capitol/WH for transparency purposes?
2
How (un)common is it for the speaker to appear on television (parliamentary footage excluded)?
6
Do any countries besides the UK have a “triple lock” on pensions?
6
Are the other countries besides Romania that automatically reduce prison sentences for bad prison conditions?
5
Are any countries besides China planning to use “Fangcang” hospitals to relocate those infected/suspected of Covid-19, but who have a mild illness?
2
Have non-health government officials in Western countries (besides the US) publicly pushed for specific medications for Covid-19 contra PH officials?
4
Have the police forces in other countries besides India dressed in coronavirus costumes as an awareness campaign?
2
Have any governments developed tracing apps that have helped with COVID-19?