Which states will have different electoral maps in 2020 than they had in 2016?

Michigan's gerrymandered electoral map drawn up after the 2010 redistricting was just found unconstitutional, joining Pennsylvania. There is also a current supreme court case regarding the gerrymandered maps of North Carolina and Maryland.

What states will have different maps from those used in the 2016 elections? And which ones may be redrawn pending ongoing litigation?

Below is a map I've cobbled together from the 2016 and 2020 election maps from Wikipedia. The lines in blue are from 2016, and the lines in red are the districts for use in 2020, allowing us to clearly see any changes. 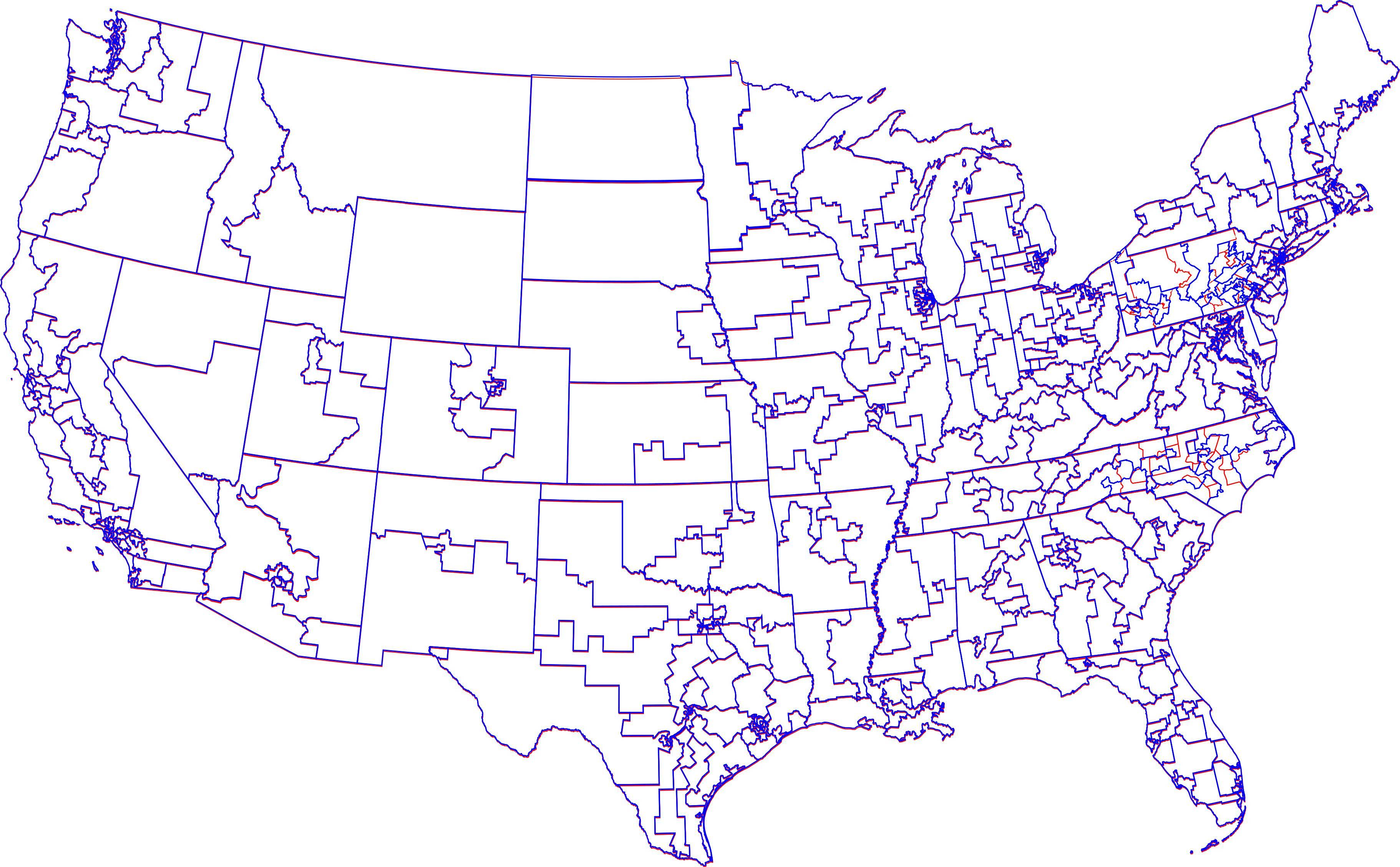 To go through the other states which have been mentioned; these were fairly doomed after the July 2019 decision on Maryland's gerrymandered districts. From page 30 of the ruling:

We conclude that partisan gerrymandering claims present political questions beyond the reach of the federal courts. Federal judges have no license to reallocate political power between the two major political parties, with no plausible grant of authority in the Constitution, and no legal standards to limit and direct their decisions.

Subsequently, the Supreme Court ruled that Michigan's 2016 congressional districts were to be used in the 2020 election, and similarly, Ohio's.

Not the answer you're looking for? Browse other questions tagged united-states gerrymandering .

23
Which US states give proportional Presidential electoral college votes to candidates?
0
Why do different states have different rules about delegate allocation for the presidency?
1
Which 2016 GOP primary candidates will be on the primary ballot in California?
1
Which states had ballot initiatives to legalize marijuana in 2016?
8
Are there any states which never had any appointed Senators?
25
Why are states easily won by Bernie Sanders in 2016 not supporting him in 2020?
6
Which states returned the most third party votes in the 2016 presidential election?