What do Native Americans in Canada want from the Federal Government?

In recent news in Canada it has been reported that Indigenous peoples are no longer supporting Justin Trudeau's Liberal government. In fact, support has dipped to 2 in 10 Indigenous saying they would support Trudeau in this year's re-election bid. This comes after Indigenous people were a big part of the Liberal victory in 2015.

My question is: what exactly do they want and expect from the Canadian Federal government?

The Federal government has given them suffrage, special exemption from taxes, and their communities are largely self-governed (i.e not subject to many provincial and Federal laws).

What more do they expect from the Government? The Government has already given them essentially free reign to govern and live within their communities as they see fit. Why do they demand more support and resources from the government while simultaneously demanding their independence?

Two issues stand out as significant drivers of the Liberals' loss of support among Indigenous voters. Just 25 per cent say Trudeau has done very or fairly well in improving the welfare and living conditions of Indigenous people, while 46 per cent say they are "very angry" at the removal of Jody Wilson-Raybould, Canada's first Indigenous attorney-general, and former Indigenous services minister Jane Philpott from the Liberal caucus. That latter figure was 13 points higher than among Canadians as a whole.

On January 14, 2019, Trudeau made a cabinet shuffle, moving Wilson-Raybould from her role as the Minister of Justice & Attorney General to become the Minister of Veterans Affairs. The move was seen as a demotion, and initially believed to be related to Wilson-Raybould's positions on indigenous reconciliation; Don Martin, host of CTV News Channel's Power Play called it a 'hit job' and suggested it could be due to her criticism of the pace of reconciliation under the Trudeau government, while President of the Union of BC Indian Chiefs Grand Chief Stewart Phillip called the decision "disappointing and disturbing", saying "The removal of these critical and well-respected ministers, during a period of significant conflict and tension, demonstrates Trudeau’s lack of resolve to address Canada’s deplorable relationship with Indigenous peoples." In a written statement, Wilson-Raybould said she would not talk about the shuffle, but did about talk her work as Justice Minister, about the unique responsibilities of the dual Minister of Justice/Attorney General role in Canadian government, and about the importance of avoiding the appearance of political interference.

She resigned from the Trudeau cabinet on February 12, 2019.

So it seems like a common indigenous perspective is that one of their supporters was removed from a position of power where she could support their goals. The reason given was unsatisfactory, and speculation has turned to the belief that she was removed for supporting a goal that was popular among the indigenous people of Canada.

On April 2, 2019, Trudeau expelled Wilson-Raybould from the Liberal Caucus in the House of Commons and stripped of her of the Liberal party nomination for the 2019 Canadian federal election, referring to her secretly recording her conversation with the Privy Council Clerk as being "unconscionable". Opposition party leaders condemned the move, with Conservative leader Andrew Scheer saying, "if you tell the truth, there is no room for you in the Liberal Party". NDP Leader Jagmeet Singh said that Wilson-Raybould tried to "put integrity and what's right for Canadians over what helps the Liberals" and that she "deserved better", and Green Party leader Elizabeth May said Wilson-Raybould had shown honour and integrity in her work, and that "the laws weren't broken because she held firm".

Prior to her removal from caucus, Wilson-Raybould had said she would run for as the Liberal candidate for Vancouver Granville in the 2019 federal election. When she was removed from the caucus, she was also stripped of the Liberal party nomination. On May 27, Wilson-Raybould announced that she intends to run for re-election as an independent candidate. Multiple polls conducted in her Vancouver Granville riding since her expulsion from the Liberal Party have her leading in popular support.

Jane Philpott is a similar issue and was expelled from the party at the same time.

The indigenous people may be a leading indicator here. The real problem seems to be the SNC-Lavalin affair. I suspect that Justin Trudeau and the Liberals had been receiving support because of members like Wilson-Raybould and Philpott. With them out, it seems natural that many of the indigenous people would continue to support their people, which now puts them at odds with Trudeau.

The Federal government has given them suffrage, special exemption from taxes, and their communities are largely self-governed

No. The British colonialists and later the Canadian government made treaties with some Indigenous groups, but most of Canada is still "unceded" territory, notably British Columbia: 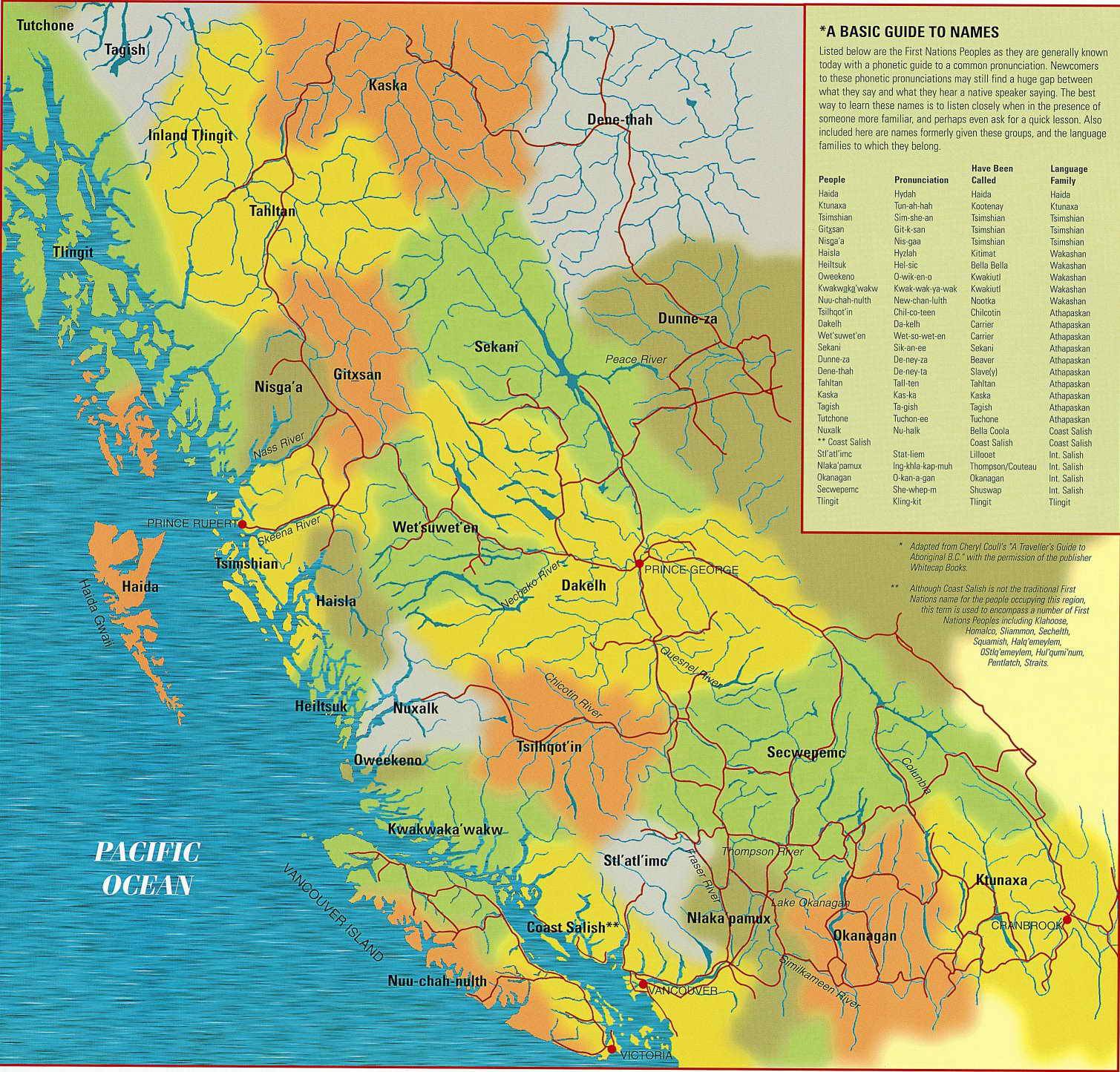 Not the answer you're looking for? Browse other questions tagged canada indigenous-people justin-trudeau .