Can someone pls unravel the distinctions between ii and iii in the quote beneath? How isn't

the same principle as 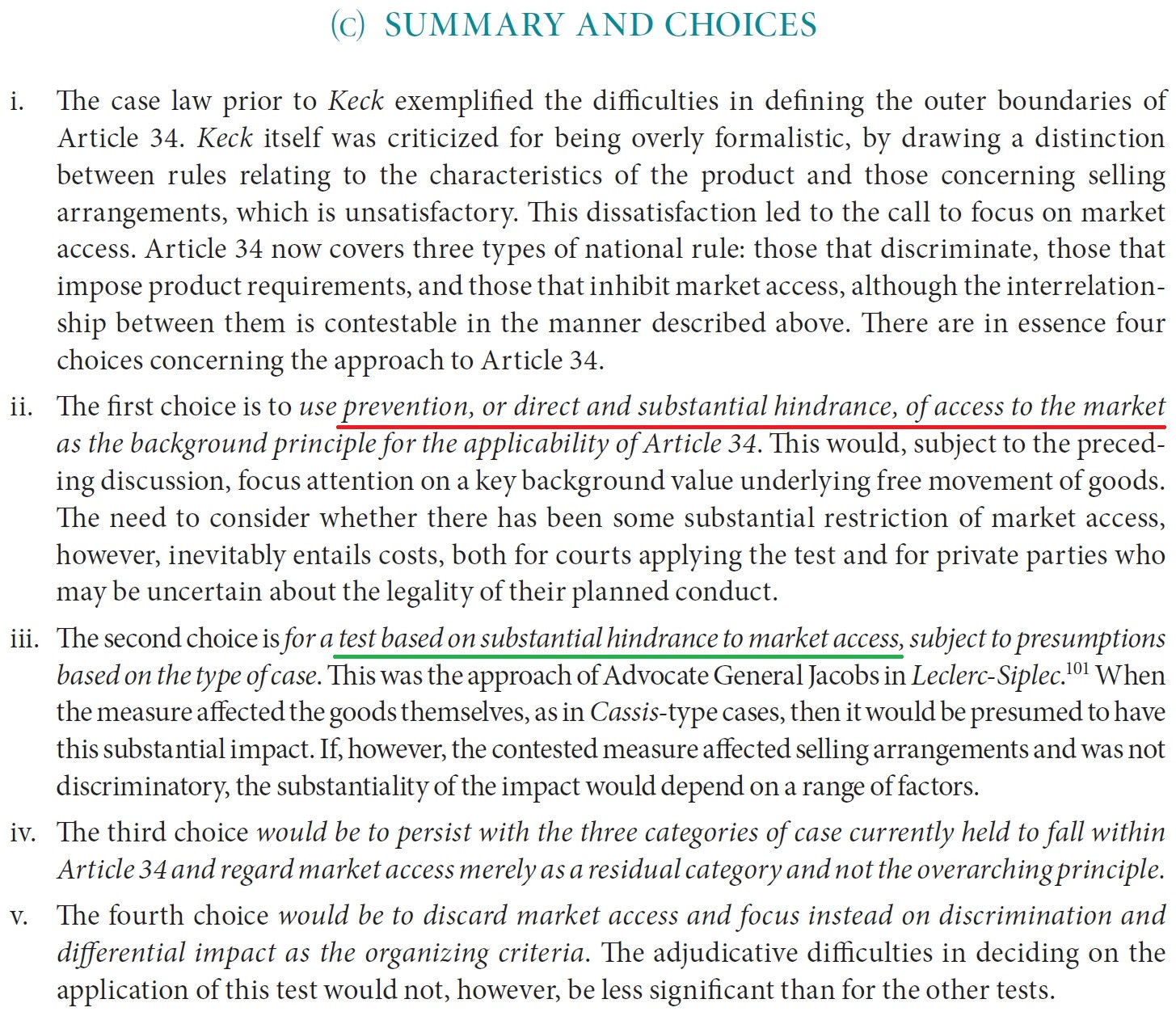 I think the first refers to rules that directly discriminate against imported goods and favor domestically made products. And the second refers to indirect hinderance for imported goods, even if the rules apply equally to both domestic and imported goods.

The Keck case refers to the French law, which prohibited companies from selling goods at a lower price, than their purchased price. But the same law didn't prohibit manufacturers of goods from selling their products at a loss.

This law didn't directly discriminate against imported goods. But in a price-war type of situation, French-made goods had an advantage because of this law. The EU court decided that this situation wasn't a violation of Article 34.

But later cases in other EU countries have reversed this precedent and included rules for selling arrangements as being covered by Article 34.

14
Brexit: leaving Customs Union and/or Single Market — what do these things really mean?
1
Could a post-no-deal-Brexit UK urgently join EFTA and access the ESM that way?
0
What's Common Market 2.0 / Norway Plus?
8
Separation of the European Single Market and Customs Union
4
Why were the Treaty of Rome's travaux préparatoires not available for thirty years?
1
How do export restrictions help domestic market and national production?
16
Is Norway in the Single Market?