What are the geopolitical reasons for the United States wanting to buy Greenland?

Apparently, the US has been interested in buying Greenland (an autonomous country of the Kingdom of Denmark) since at least 1946 when the Truman administration attempted to buy it for $100 million dollars in gold bars. Since then America also tried to buy it again the 1970s and 90s. Even as far back as 1868, the Secretary of State commissioned a report on the resources of Greenland and Iceland saying that the idea of obtaining them was "worthy of consideration" 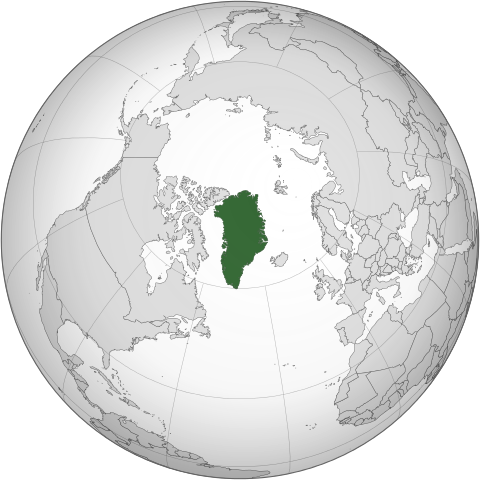 Since this time, America acquired Thule Air Base (for free) allowing it to project its military power towards the arctic circle. Most of the rest of Greenland is covered in thick (kilometers deep) glaciers, so the strategic value of acquiring the rest of the land mass seems dubious. 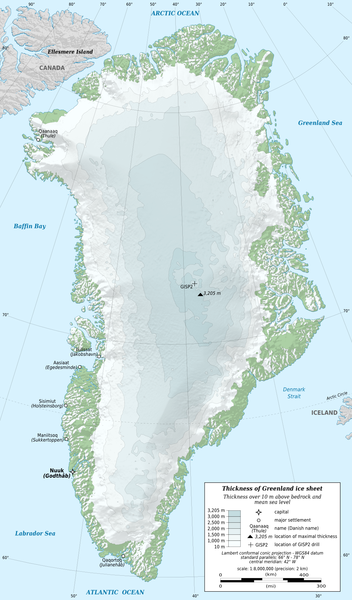 So given the recent reports of the President researching the issue and the Danes outright refusing, what could be the source of America's interest in Greenland? Does it have something to do with Northern shipping lanes opening up due to Global Warming? Is it about projecting American military power? What are the chances of Denmark agreeing to this sale?

Let's say America offered every citizen 1 million dollars each as an incentive to join for a grand total of $56 billion dollars (1% of the annual federal budget). As an "autonomous country" with "home rule" granted since 1979, Greenland can declare full independence if they wish to pursue it, but it would have to be approved by a referendum among the Greenlandic people. Does this mean that the Greenlanders could make this deal by themselves without the approval of Denamark? Would they even want to?

Well, it's kind of simple, actually. In fact, you provided the answer with the first map. Greenland is rather close (as the crow flies) to another country in Europe that the United States has not had good relations with and holds the bulk of the shoreline of the arctic ocean: Russia.

And even though they aren't the USSR, the U.S. and Russia still have competing interests in the world and the trust still isn't there (as nearly 50 years of thinking the other nation you are not will start a war with you will do). While Thule Airbase is there, the U.S. is a guest of Denmark, and does have to tell them about things they are doing out of the base... not to mention Denmark wasn't happy when the U.S. almost nuked the Thule area (by accident of course, but there's not really any smiling when you use the phrase "whoopsie" in a sentence that has anything to do with nuclear anything.)

Political reasons aside, there are oil and other resources that the U.S. could better tap if they controlled the Island than if they had to ask someone else's government. This isn't to say Denmark won't let us for enviromental reasons, but because a U.S. owned company might be taxed and regulated so that they can do it, but with next to no profit to the mining (and Danish companies might not have the ability to do it... or the desire... or both. This second reason is more of a spitball of possibilites, not the sitution).

Historically, America's foreign policy has been the Monroe Doctrine, which is best summed up as "Europe can screw around all they want with the old world, so long as they stay in the old world and leave the Americas out of it". And technically speaking, Greenland is on the geographical American continent. This is more of the reason for the historical attempts pre-Cold War and it wouldn't be the first time they bought out other colonies from Europe. They purchased Florida from Spain, most of the non-coastal states east of the Rockies from France, and Alaska from Russia (when they had Tsars. And Alaska is kinda part of the political beef with Russia. It was kinda discovered after the fact that Alaska was actually quite the investment and there are members of the Russian Duma who see Alaska in a similar way to how Russia views the Ukraine, though that's hardly the only problem between the two nations).

Trump is first and foremost a real estate man. The news item earlier this month noting the increasing speed of Greenland's ice melt was significant enough that it was mentioned on Fox News, and thus likely got through to the President. While he denies climate change publicly, he believes in it enough to work towards obfuscating the data that supports it. Studies have shown that by the year 2200, NYC, Florida, and much of California will be underwater. By 2100, most of the world will have suffered major desertification. What places survive this? India, Equatorial and the Horn of Africa, the Levant, Siberia, and...Greenland.

Not the answer you're looking for? Browse other questions tagged united-states land denmark greenland .