Have the EU countries been diverging economically for the past two decades, despite rules convergence?

By divergence or convergence I don't mean in terms of rules, they clearly have been trying to converge in those terms. But was that fast enough to translate into economic convergence? I mean, have the (converging) rules managed to produce a convergent economy or not?

I suspect there will be different answers depending on the indicator chosen and/or the counterfactual scenario, but I still think this question would be informative even just to what as what those metrics are (on which there is convergence on which there isn't).

For example, an article in the Economist earlier this year chose to emphasize the divergence in terms of creditor/debtor position, more technically in terms of the net international investment: 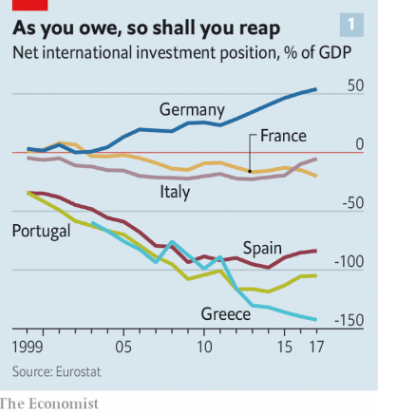 After a bit more search, it seems there are a lot of papers on economic convergence and divergence in the EU. Some are pretty extensive (understatement). Apparently it's a topic that never gets old. So, to better fit this in the SE format: if you had to give an elevator talk/pitch to someone about this EU economic convergence/divergence issue (in terms of indicators/outcome, not policies), what are the main aspects to touch?

First problem - the indicator (and partially sample) looks for me as being cherry picked. There is an increasing trend in contemporary economy towards greater financialisation and financial imbalances. On every level - people, companies or countries can go deeper in debt. And somehow it remains stable... more or less. (pending on ideological view it's being presented as sign of total decadence or... of improved risk management skills of creditors). Nevertheless, if we assume that some countries because of their own reasons have propensity towards having negative / positive investment position, then the differences should be elevated by global changes in economy. At least partially we could explain those data.

Economists usually love GDP. So here we go the same countries "real GDP per capita" from 2000 onward (I had to pick it, because I had problem to find long time series for other indicators. 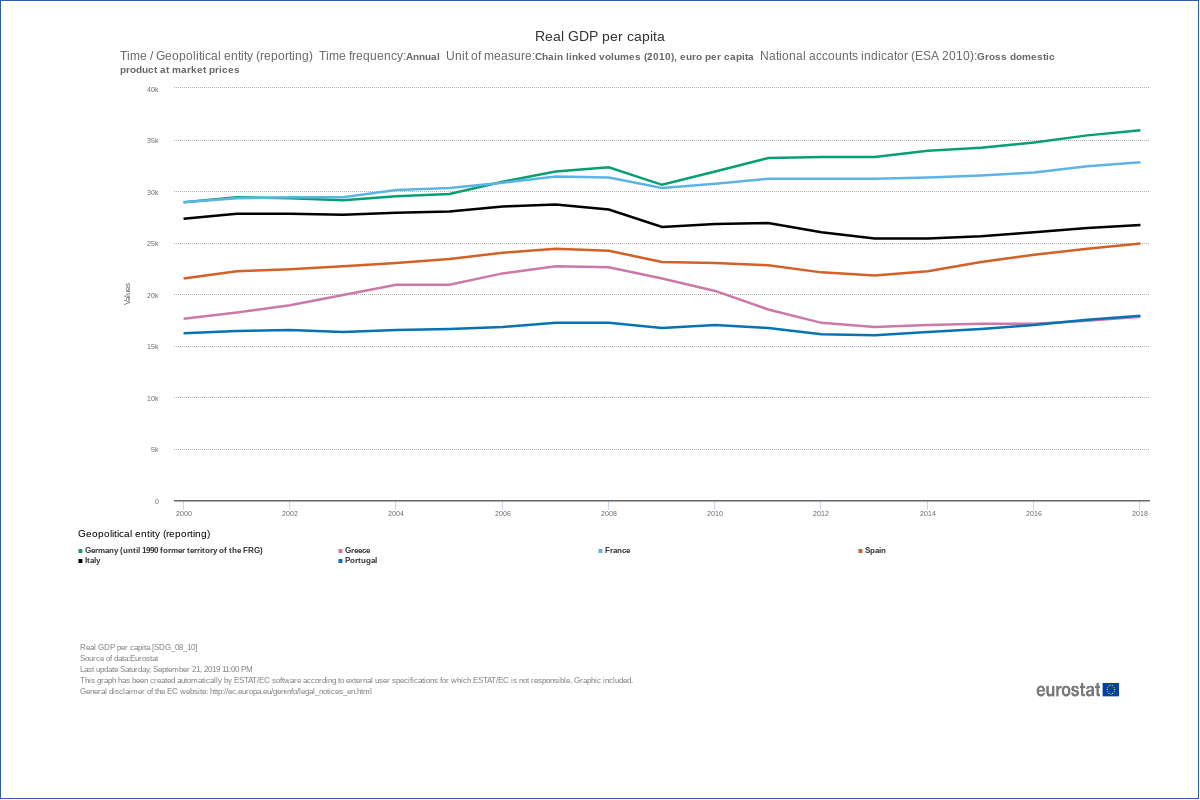 All I see for this indicator, that everything stays roughly the same.

But again, in my opinion not only the indicator was cherry picked, so was countries sample. Let's for example to this sample add new members, like V4 countries. So they actually nicely converged, while Mediterranean somewhat diverged, especially Greece. 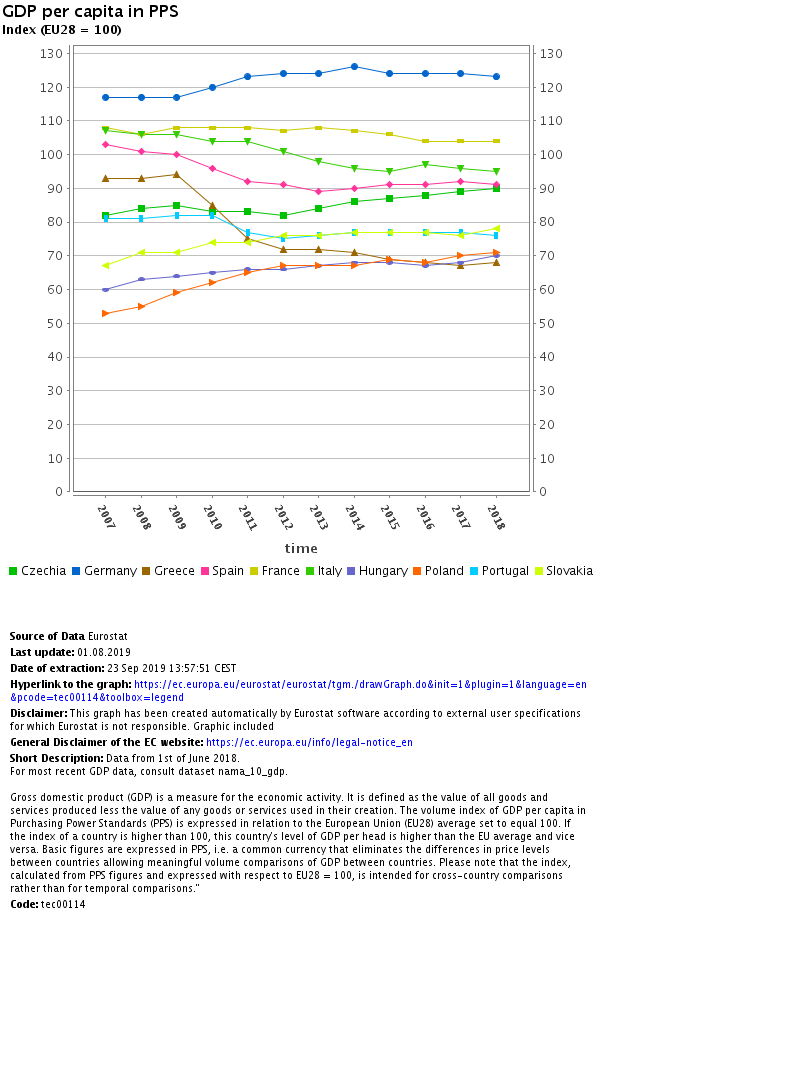 Not the answer you're looking for? Browse other questions tagged european-union economy summary-request .

49
What are the downsides of being a debt-free country (no foreign national debt)?

22
What have been the arguments against VAT in the US?
8
Are there any examples of politicians within EU countries that have been elected after being convicted?
14
Can the EU suspend the voting rights for two countries at once?
2
Why is there so little support for the Minority SafePack in Western European countries, despite them supposedly being pro-multiculturalism?
4
Has there been a (sustained) downward trend in the amount of EU Commission's press releases in the past decade?
5
Have people been prosecuted or fined for multiple cross-countries voting in EU elections?
6
What reasons have been given for 'breaking up' Public Health England?
18
Would France and other EU countries have been able to block freight traffic from the UK if the UK was still in the EU?
3
Have there been any consequences so far for Switzerland rejecting the framework treaty with the EU?