Have governments ever made female genital mutilation compulsory?

ISIS has recently been accused of making female genital mutilation (FGM) compulsory for girls and women under the age of 49. They've denied the claim.

My understanding was that no government has ever made FGM compulsory, and that in some countries where FGM happens there are (poorly enforced) laws against it.

Has any government, ever, made FGM compulsory for a large range of women? By "a large range", I mean that a government mistreating mental patients, or doing Mengele-style "experiments" in concentration camps wouldn't count. 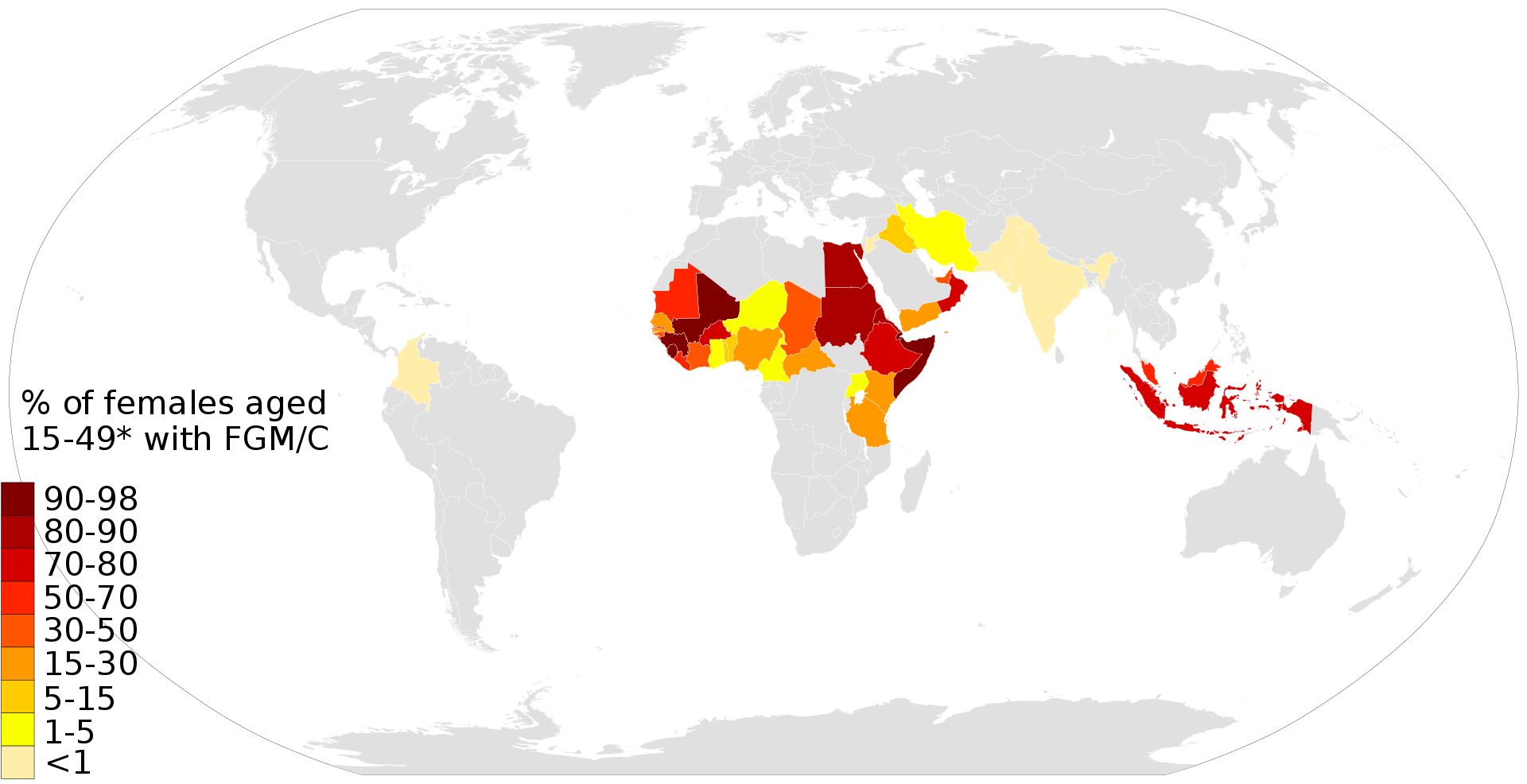 Image by Nederlandse Leeuw / CC BY 3.0

For many of the countries on that page , it mentions religion as the main motivator (use CTRL+f and 'religion' on that page). For example:

A majority of Gambian women who underwent FGM/C claimed they did it primarily because religion mandates it.

Not the answer you're looking for? Browse other questions tagged civil-rights feminism islamic-state .

9
If all the citizens have same rights why some must pay a higher tax rate?
12
Does any other country than the USA have a constitutional “right to bear arms”?
6
Why does ISIS have bombable infrastructure?
4
Why have the Democratic Party and Republican Party switched positions on civil rights since the Civil War?
3
Do Islamic State have women fighters?
3
How many non-combatants have been killed by the Islamic State?
5
Has any organization ever made it off the SPLC list?
5
Did Palestinians have an opportunity to assimilate into Kuwait society and culture before the Gulf War of 1990 to 1991?