Is the Trump-Zelensky phone call expected to erode support for Trump among his (hardcore) supporters? [closed]

Clearly one can give various high-minded reasons why what Trump did in relation to Ukraine/Zelensky is unforgivable, under the worst interpretation, i.e. assuming Trump pressured Zelensky by withholding aid, in order to obtain a favor that would damage a domestic political opponent.

So I'm skeptical that the latest revelation (regarding Ukraine) is going to matter much for the following reasons:

So, who in Trump's base is likely to be influenced by this Ukraine affair? Are there enough "moderates" likely to tipped over by this? Is there any evidence in polling of this being possible?

I don’t think anyone really expects it to put a dent in Trump’s support among his hardest-core base, but that’s a minority of the country and their support is not enough to win reelection.

Right now, Trump’s Approval ratings are at one of their highest points in his presidency, but the Real Clear Politics average still has him underwater by 7.7%. Even with an assist from the Electoral College, Trump simply cannot win reelection with that share of the vote. If he wants to be reelected, he needs to convince people who might not fully approve of him or his performance that they should vote for him anyway because he’s better than the alternative.

By reinforcing the idea that Trump is corrupt and puts his own profit ahead of the wellbeing of the United States, this scandal has the potential to hurt him the moderates and reluctant Trump voters that he will need to overcome his low approval rating and win reelection.

Since it’s so early, there’s obviously little polling on how voters will see this scandal or the push for impeachment, but a recent poll from YouGov (performed on Tuesday, September 24th) suggests broad support for impeachment if Trump did what he is alleged to do: 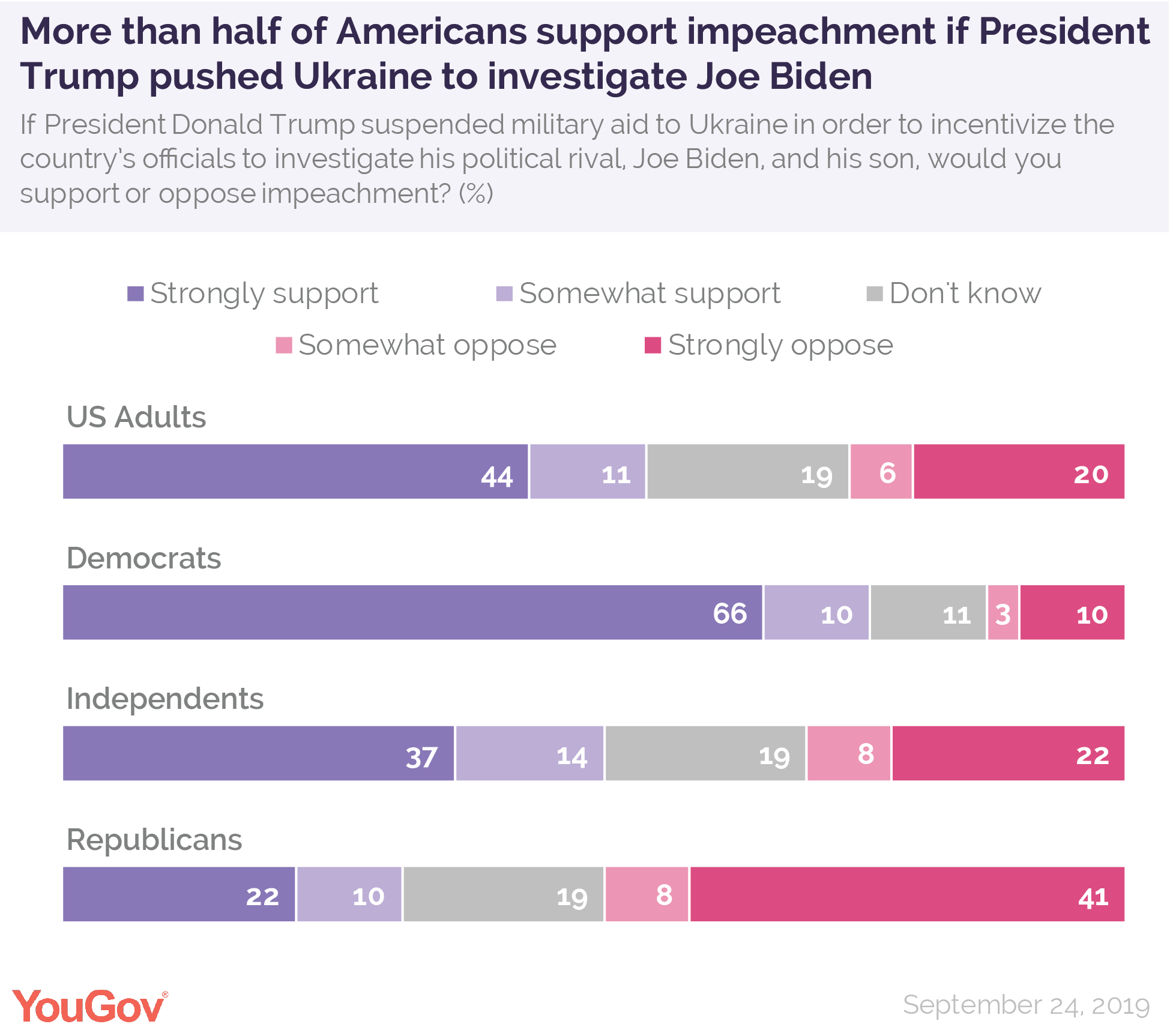 Notably, among Republicans, 32% support impeachment in these circumstances, while 49% oppose it. This is much more support than you'd expect from Trump's approval rating (which remains around 90% for Republicans). With the caveat that this is a single poll from a limited sample, it suggests that there is a significant population of Republican Trump supporters who would be willing to reconsider their support if (and that's a big if) they were convinced that Trump abused his power.

Not the answer you're looking for? Browse other questions tagged united-states donald-trump foreign-policy public-opinion .

15
Why does the Trump-Zelensky phone call matter?