Are there some statistics on the political affiliation of NESBs?

Non-English speaking background (NESB) is a demographic category often encountered in Australian publications. Are there statistics on the political party affiliation of NESBs (membership or just whom they voted for, say in the last few elections)?

A book from a decade ago says NESBs are generally "stalwart" Labor supporters, but doesn't get into much details.

Liang Jiang (2016) studies this using data from the 2013 version of the Australian Election Study which has been conducted to coincide with federal elections since 1987. While his article gives a detailed analysis of the numbers for 2013, it doesn't extend to AES studies from other years.

Expanding on this, I've looked at the responses from NESBs to the 'party identification' question in the six studies conducted from 2001 to 2016, the results of which are shown below. 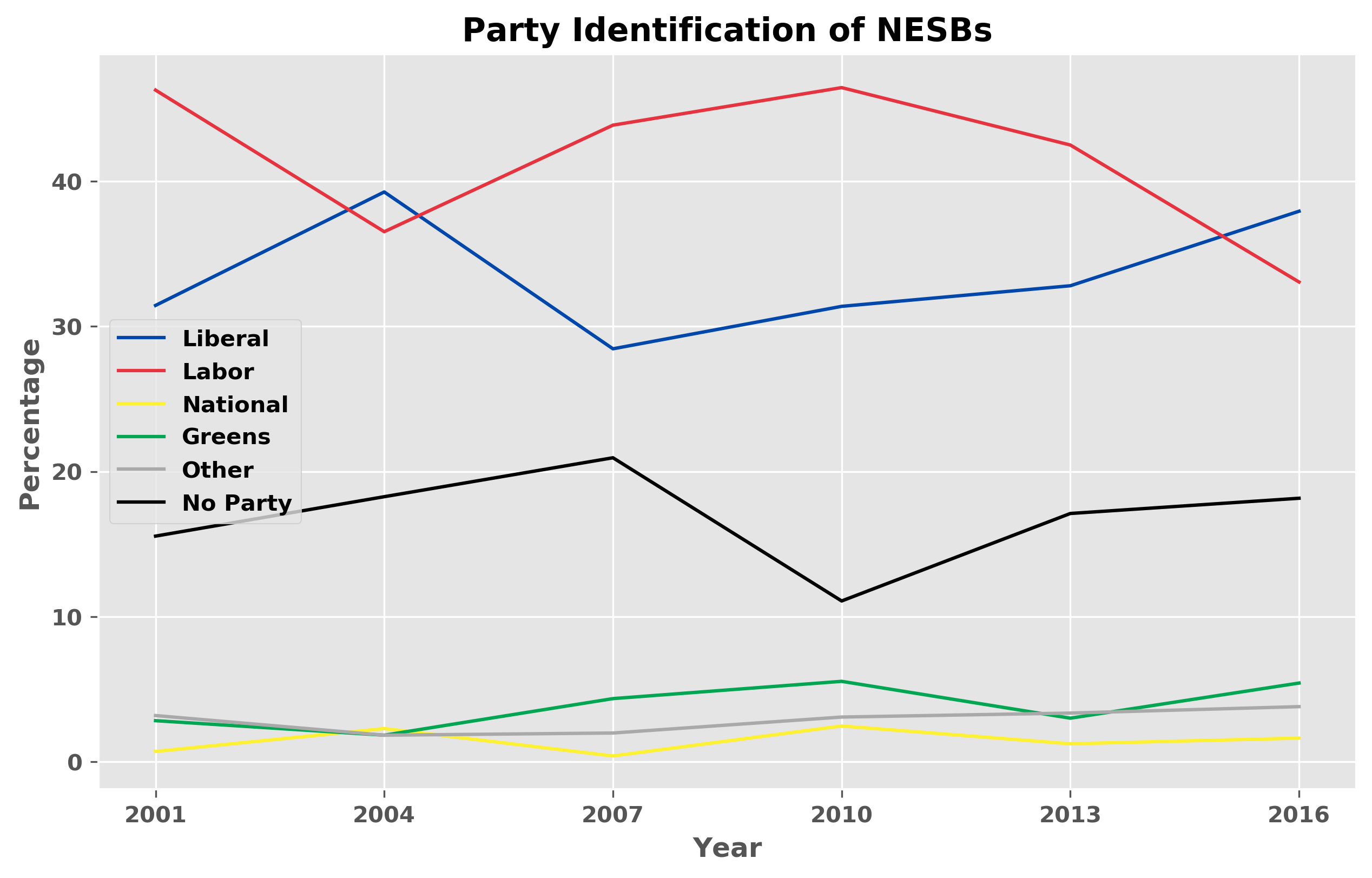 Not the answer you're looking for? Browse other questions tagged election parties australia statistics demographics .

13
Are there any truly EU-level political parties?
13
Does association of age to political party imply changing of political affiliation as one ages?
4
What are the statistics for mass shootings by skin color?
5
Statistics on Australian non-voters who are actually sanctioned (fined or otherwise punished)
13
Is the current age-party affiliation breakdown in the US comparable to historic US breakdowns?
3
Are there any statistics / studies to prove that Fox News is putting on more Democrats than Republicans?
9
Are there standardized ways to quantify political division?
6
Statistics on US political affiliation by industry?