How does Germany justify banning the YPG flag?

In Germany, there is a ban on PKK [Kurdistan Workers' Party] symbols that, as of March 2017, is officially extended the YPG [People's Protection Units] and YPJ [Women's Protection Units] flags and symbols. Certain German states will prosecute German citizens for posting YPJ-YPG symbols on social media, or bringing their flags to protests.[40]

How does Germany justify this? Do they accept Anakara's line that the YPG are terrorists? (Or it because of shared PKK-YPG symbols (e.g. the red star) and/or the high similarity of the YPG/YPJ flags matching that of PKK's own armed wings, namely the HPG (People's Defence Forces) and YJA-STAR (Free Women's Units)? See flag comparison below.) 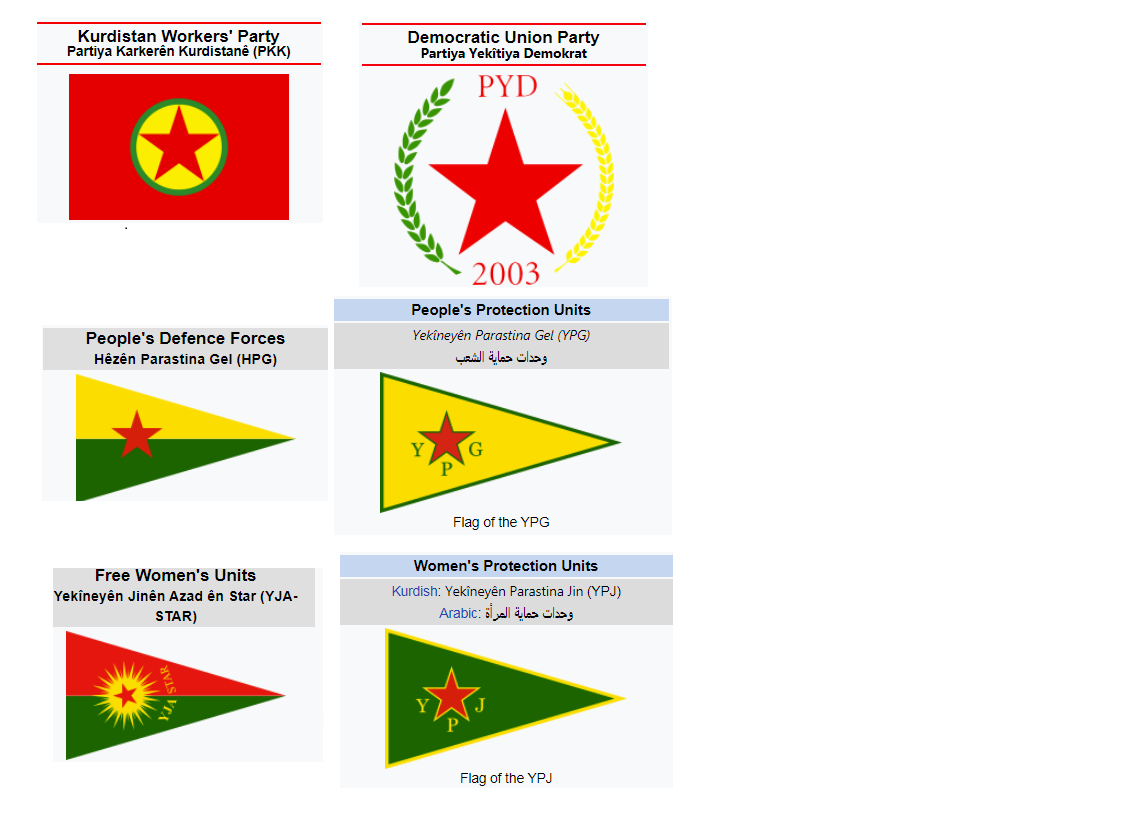 Germany considers the PKK to be a terrorist organization. This goes back to some violence in 1993. At the same time, some Kurdish activists are organized in the "Democratic Kurdish Civic Center Germany," which is officially not part of the PKK. Their rallies must not show PKK insignia, since the PKK is banned as terrorists, or their activists may be prosecuted.

Western democracies are not united in the view of the PKK as terrorists, but it is prevalent. Currently Germany agrees with Turkey in this regard. Parties in parliament who disagree with the assessment are part of the opposition.

The YPG may (or may not) be considered the Syrian branch of the PKK. Their symbols show a high similarity with PKK symbols, which have been banned in Germany for the reasons mentioned above. At the same time, NATO has been arming the YPG in Syria.

Not the most consistent approach ...

Not the answer you're looking for? Browse other questions tagged international-relations terrorism germany freedom-of-speech kurdistan .

3
When immigrating to Germany, does the German government check the immigrant's criminal record?
15
How is Germany going to integrate the refugees?
4
Why has Macron offered to mediate between the Turkish government and YPG force of Syria?
10
Why does Germany ban flag burning?
1
What Kurdish Syrian parties does the CIA and/or the US consider terrorist [affiliates] and which ones it doesn't?
23
Why has Germany not seen as many Islamist terror attacks as France, Italy or the UK?
15
What does the flag of Imperial Germany symbolize today?
6
What is the significance of flying the BRD flag in post-unification Germany?
40
Why does Germany ban RT but not France24 or Voice of America?