Why is Ian Blackford allowed to speak in the Commons while having crossed the line?

The House of Commons (image below from Wikipedia) has two red lines on the floor. 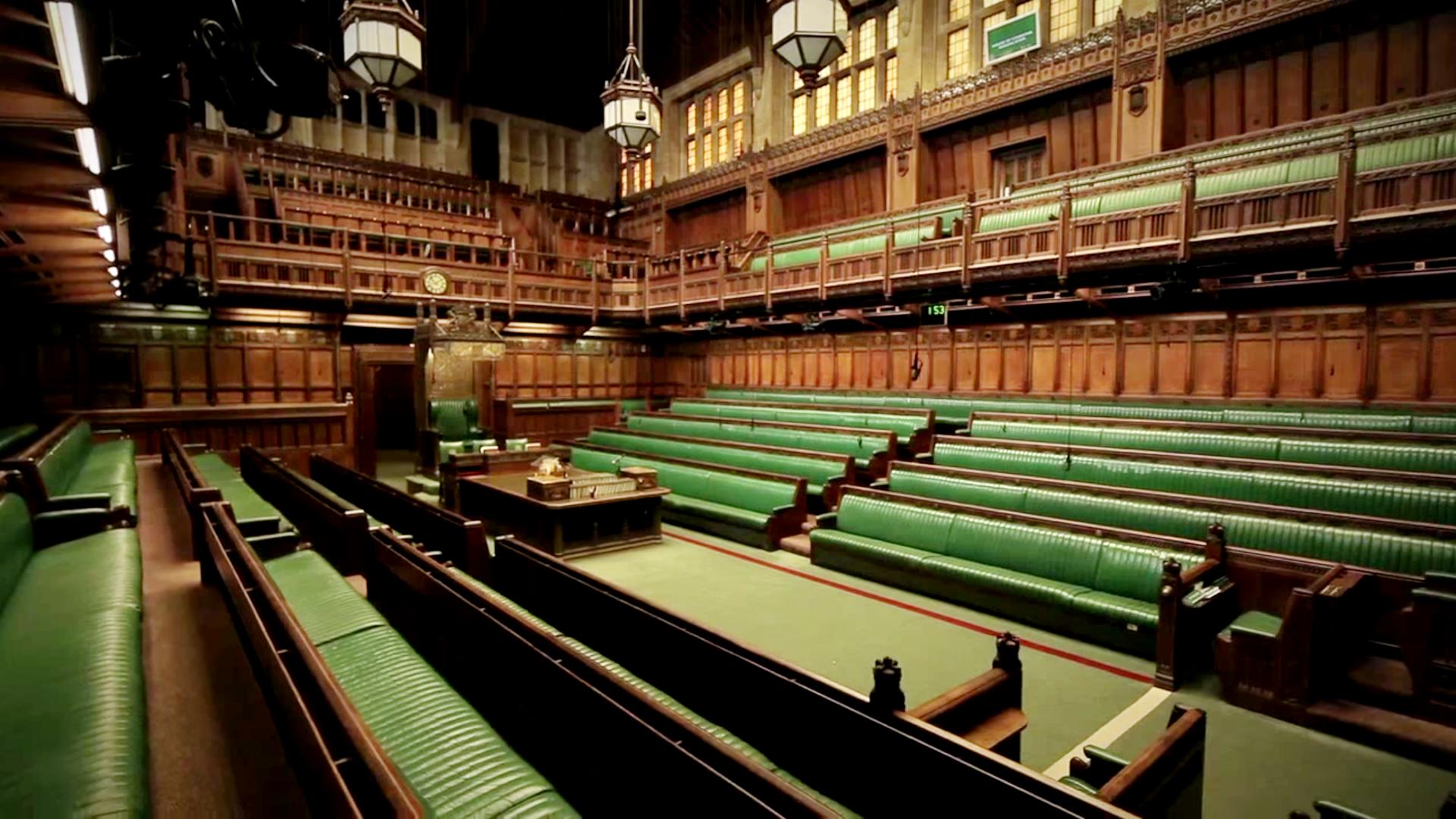 In front of each set of benches a red line is drawn, which members are traditionally not allowed to cross during debates.

These lines can clearly be seen in the picture.

I have been following a couple of live parliamentary debates recently and I noticed that Ian Blackford, leader of the SNP in the House of Commons (the actual party leader is not an MP) regularly makes his statements while standing firmly across the line; see for example the image below (taken from the Press and Journal; purely the first random image from Google Images on which the line and his feet could be seen) which shows both feet inside the line. 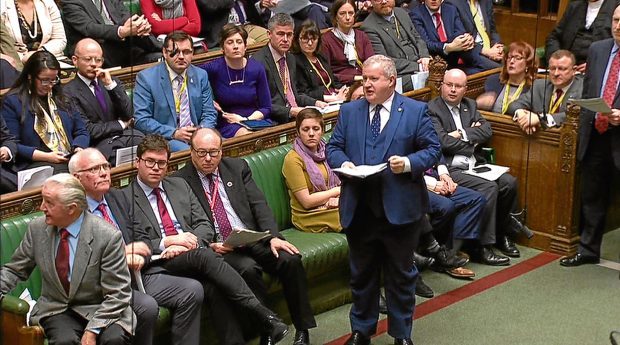 This is not a coincidence; in fact, I want to recall Mr Blackford taking this position every time he speaks. Given that a great number of things in the UK parliament are based on tradition and seem weird or unnecessary nowadays, it strikes me as odd that Mr Blackford is allowed what I perceive as a breach of this tradition.

Is there any reason be it written or traditional that would permit Mr Blackford to stand across the line or is it simply permitted because nobody objects?

Is there any reason be it written or traditional that would permit Mr Blackford to stand across the line or is it simply permitted because nobody objects?

There is a rule is that members cannot speak from the Aisle, which is delimited by the two red lines, and so presumably it's allowed simply because nobody is objecting. However, Blackford's intent here is obviously benign. He hasn't just entered the chamber and made no effort to find a seat, and nor is he aggressively crossing with a view to physically confronting someone on the other side. Rather he has simply crossed the line to give himself room whilst he speaks, so I can't see a reason why someone would object. It would be too obviously petty.

As he is not carrying a sword it is less of a concern I suppose:

"Traditions in the Chamber: MPs are not allowed to speak in the space between two red lines running along the length of the Chamber. It has been claimed these lines are traditionally two swords’ lengths apart to prevent MPs duelling although there is no evidence to support this." (House of Commons Information Office)

(it is sad that the HoC can't confirm this widely-believed fact!)

More prosaically, the SNP sit towards the far end of the chamber so if they faced forward they would not be looking towards the Speaker or the Dispatch Box (or even most MPs).

There is precious little room for someone to stand sideways without putting a foot over the line.

Not the answer you're looking for? Browse other questions tagged united-kingdom house-of-commons debate .