Why is Macron seemingly opposing an article 50 extension?

Emmanuel Macron seems to be opposing Article 50 extension, according to Bloomberg:

French President Emmanuel Macron blocked the European Union’s attempt to delay Brexit for three months, raising the prospect the U.K. might not know whether it will get an extension until just hours before it is scheduled to be ejected on Oct. 31, even without a deal.

What is he up to? Are there domestic political reasons for this?

Without citing President Macron directly, the BBC summarizes some of the reasons that play a role:

But France worries a 12-week extension could encourage more UK indecisiveness or a general election which may prove inconclusive on Brexit.

Mr Macron is fed up with the more than three-year EU focus on Brexit and the ever-present threat of a no-deal scenario. He'd rather shift attention to reforming the EU itself, to the benefit (he believes) of the countries remaining in it.

You can interpret France's stance in more than one way.

Speaking to others who have followed Brexit from mainland Europe, I can say there are many who have a sense of schadenfreude. By that, I mean they are willing to see the UK slip further into a crisis after what they perceive as arrogance.

Another reason may be genuine worry that not moving on means the EU doesn't have time to deal with other issues, the focus is on Brexit when there are other matters like climate and EU enlargement, among many others.

Yet another reason may be that it's just to put pressure. France is a large member country and it can be part of a good cop bad cop routine. That's what some pundits have said was the case in the past when it came to allowing reopening of the withdrawal agreement (from EU Observer):

And the message from France was less friendly, as Johnson prepared to meet French president Emmanuel Macron in Paris on Thursday on the second leg of his EU tour.

"Renegotiation of the terms currently proposed by the British is not an option," Macron told press on Wednesday.

Brexit was an "internal" British crisis, he said.

According to Luxemburg Times, Marcon only wants to grant an extension until Nov 30.

French President Emmanuel Macron wants to grant a delay until 30 November, or even sooner, to put pressure on the House of Commons to back Boris Johnson's deal. Other EU governments see that as too much of a gamble because it could lead to a no-deal Brexit. They are pushing to postpone Brexit until 31 January to allow time for a general election. [...]

No EU government will refuse a delay of some sort – the question is when they will decide to grant it, officials said.

EU ambassadors have agreed to delay Brexit, but will not make a decision on a new deadline date until next week. [...]

European Commission spokeswoman Mina Andreeva said: "What I can tell you is that the EU 27 have agreed to the principle of an extension and work will now continue in the coming days."

She added that they intended to take a decision without holding an emergency summit. [...]

BBC Brussels correspondent Adam Fleming said a decision on the length of the extension was expected on Monday, but that the announcement could be delayed until Tuesday if the ambassadors struggled to agree a date.

So that's not quite the same thing as refusing an extension. Interestingly, Marcon's position (if it was correctly reported) seems to align with Johnson's on the length of the extension:

Mr Johnson has said his "preferred option" is a short Brexit postponement to "say to 15 or 30 November".

Apparently Macron wants to force the UK to resume the ratification process quickly, paused after the PM-Parliament disagreement on the schedule. Macron also seems to want the British side to make some specific commitments to a ratification schedule, as well as [the French] maintaining their image of tougher negotiators:

A source close to French President Emmanuel Macron said he did not believe a Brexit extension was justified unless the UK provided a reason for it.

"We must show the British that it is up to them to clarify the situation and that an extension is not a given," the source said.

A few more details/comments on the French position from the Guardian:

During a meeting of EU diplomats, the French ambassador stood alone in arguing that it was not the right time to agree a three-month delay, in a move that will be welcomed in Downing Street.

Only after the vote on Monday should the EU decide to “go short, to push for ratification, or long to accommodate a general election”, the ambassador told the other member states, according to a diplomatic note.

Sources close to the French president, Emmanuel Macron, later claimed an extension was “not a given” and needed to be justified. “But we have nothing of the sort so far”, the source said. “Pressure must be maintained.” [...]

Sources suggested that Macron, who described Johnson as having “strategic vision” at a recent summit, was keen to appear helpful to Downing Street by keeping the pressure on MPs.

Breaking BBC news is that Macron (or at least his administration) seems have to conceded to the other EU members' position and a "flextension" was granted until Jan 31 in the end. And CNN detailed what apparently changed Macron's mind:

It comes after Johnson and Macron spoke over the weekend, the diplomat added.

And it seems related to Johnson's negotiations with the SNP and LibDems for their support for an election:

Johnson's Plan B: If Labour do continue to block an election, they'll be isolated. The SNP and the Liberal Democrats have now warmed to the idea of a contest, after previously supporting Corbyn in stonewalling the Prime Minister.

And those two opposition parties have handed Johnson an unlikely lifeline -- they've indicated that they will support a bill overruling the Fixed Term Parliaments Act. This would call for an election but would only need a simple majority of MPs to pass.

In return, they would want the January 31 extension secured, meaning Johnson would have to put his efforts to pass his Brexit deal on hold for now.

My 2 cents point of view as a French citizen, Macron wants to make an example of what will happen when a country leaves EU.

The next election in France will be in 2022, any candidates pro Frexit will have weakened arguments after the debacle of Brexit.

By 2022, we will have more hindsight of Brexit consequences.

Quote from https://www.franceculture.fr/politique/union-europeenne-5-points-qui-opposent-marine-le-pen-et-emmanuel-macron , for the far right candidate :

For Marine Le Pen, "The euro is a dead weight for employment, a heavy ball for our competitiveness, a ball for the purchasing power of the French". Getting out of the single European currency has long been a flagship proposal of the far right.

In case, you wonder what "ball" (boulet), she refers to 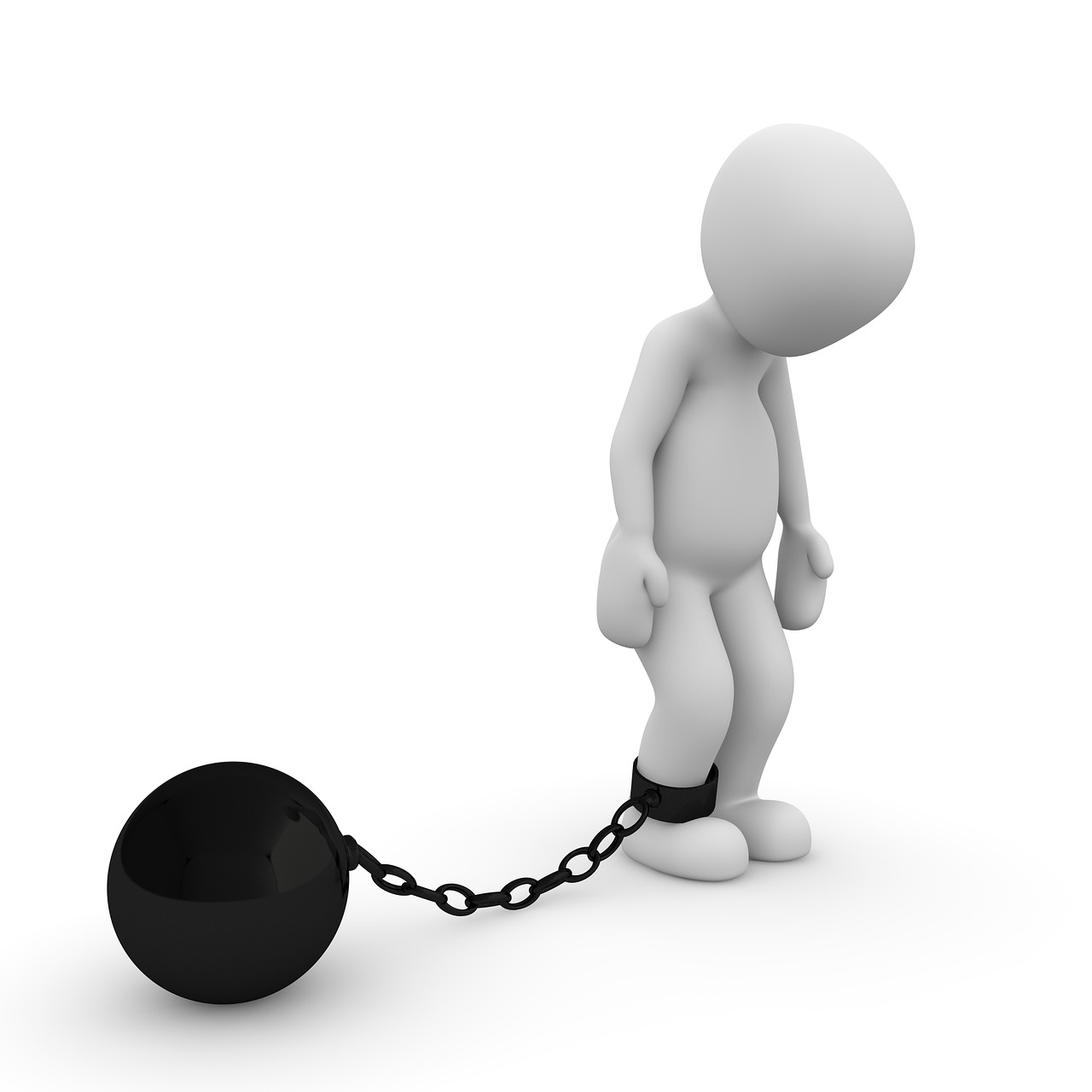 Macron admitted the French would have probably voted to leave EU in referendum.

In addition, this video tweet from BBC News sums up.

London city is known as Financial center of Europe , the City will certainly lose the so-called passport. Paris and Frankfurt are bidding to be trading center. If Paris becomes the financial services hub. No need to be an ex banker to know that this will bring more money, so higher GDP to France.

Not the answer you're looking for? Browse other questions tagged european-union brexit france article-50 emmanuel-macron .

15
What is Article 50?
30
Could the British government un-trigger Article 50?
4
Can the UK sabotage EU agreements prior to article 50
6
Why are the 2019 elections an objection to extending Article 50?
2
Why doesn't the U.K. just revoke its Article 50 withdrawal?
4
What is the deadline if the UK wishes to apply for an extension to Article 50?
1
Why is an extension of Article 50 needed if a deal gets accepted?
4
Why has Macron apparently decided to support the Romanian candidate (Kovesi) instead of his own country candidate (Bohnert) as EU prosecutor?
20
If the UK government doesn't ask for article 50 extension, can parliament do it instead?
3
Has the EU published figures how much a month of article 50 extension costs?