Does the display of the Habsburg flag have any contemporary connotations in Austria or Hungary?

Numerous countries have historical flags which, when flown or otherwise celebrated, carry significant contemporary political connotations and are usually interpreted as a sign that the person flying said flag has a particular (usually staunchly conservative/right wing) Weltanschauung. Obvious examples include the Confederate (battle) flag in the United States, the Red Ensign in Canada, the black-white-red tricolour in Germany, and the orange-white-blue flag of South Africa. Left-wing equivalents include the DDR flag in Germany and the hammer-and-sickle in Russia.

I'm curious as to whether the flag of the Habsburg empire has any similar connotations in contemporary Austria, or indeed Hungary. Would most contemporary citizens of Austria interpret a person flying this flag as having a particular viewpoint? Or would it merely be viewed as a curiosity/eccentricity?

I am not aware of any connotation attached to the display of the Habsburg colours, at least in Austria. The display of the Habsburg flag is highly unlikely to be interpreted as a nationalist statement, rather as an acknowledgement of an area's imperial past. For example, the flag might be displayed at mediaeval fairs such as the "Zeitreise ins Mittelalter Eggenburg" (Time-travel to the middle-ages).

One reason for this is that the Habsburg family is still extant, and still uses the colours; for example at the funeral of Otto von Habsburg, the last Crown Prince of Austria-Hungary in 2011, the coffin was draped with the flag. Current members of the house also use the colours - for example, Ferdinand Habsburg incorporates the scheme on his Formula Renault racing suit.

Another reason is that the black-yellow colour scheme is likely to be confused with the colours of the German region of Swabia - the close proximity of the region to Austria means that this association is more likely. 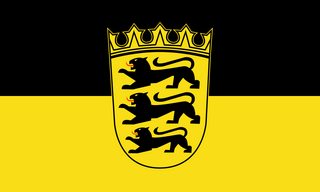 Finally, contemporary Austrian nationalist sentiment tends to be associated with the national flag of Austria - see the pictures of adverts for the FPÖ from this article.

It is a conservative statement to carry symbols of the Habsburg monarchy, definitely. But the flag is rarely brandished, unlike the coat of arms, which can be seen sometimes.

Not the answer you're looking for? Browse other questions tagged flag hungary austria .

8
Does Hungary fulfill the requirements of democracy given by the facts on the new voting system?
3
Why does Hungary have a tendency to favor dictatorship after joining NATO and EU?
25
Does the motto “Don’t tread on me” have a specific political color?
15
What does the flag of Imperial Germany symbolize today?