Do any other countries aside from the UK have a tradition of ‘joke’ candidates?

In the UK, for example, there are candidates such as Lord Buckethead, Count Binface, Mr Fish Finger (of the Fish Finger Party) and, perhaps most well known, the Monster Raving Loony Party.

These candidates generally attract several hundred votes in the constituencies they stand in - often as a way of spoiling one’s ballot without actually doing so.

Does this tradition occur to such a scale in any other countries?

In Germany there is die PARTEI (using the six letters to spell out Party for Labour, Rule of Law, Animal Welfare, Promotion of Elites and Grassroots Movements in German). They were founded by the staff of the monthy satirical magazine Titanic. They have gained some minor election success, including MEPs.

There also was/is the APPD, whose platform was to garner enough votes to get public funding and to use that money to buy beer for their supporters.

In Hungary we have the Two-tailed Dog Party. I'm not fluent enough in Hungarian to catch all of the wordplays they're using, but my wife consistently finds their campaign ads and messages hilarious. 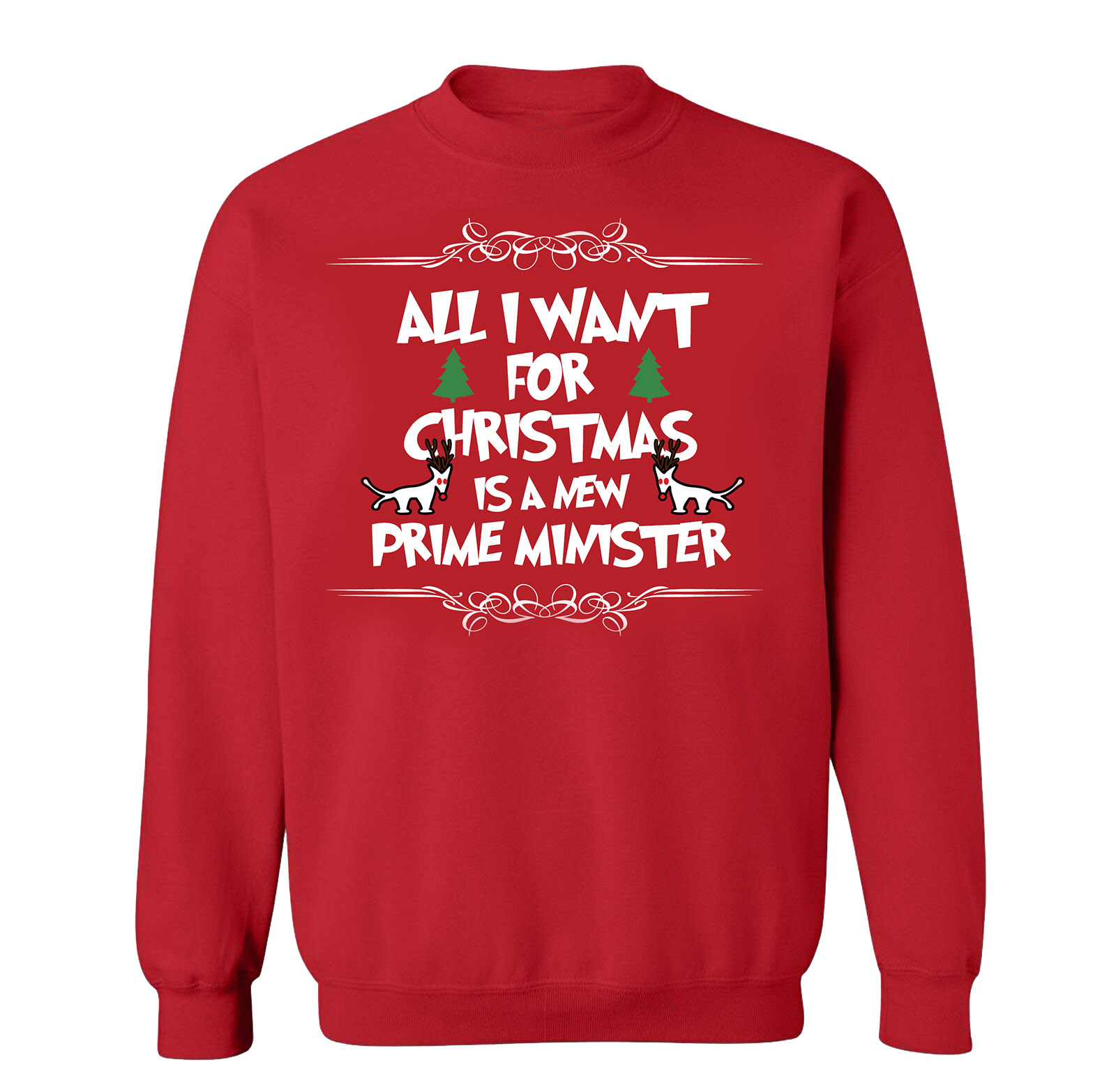 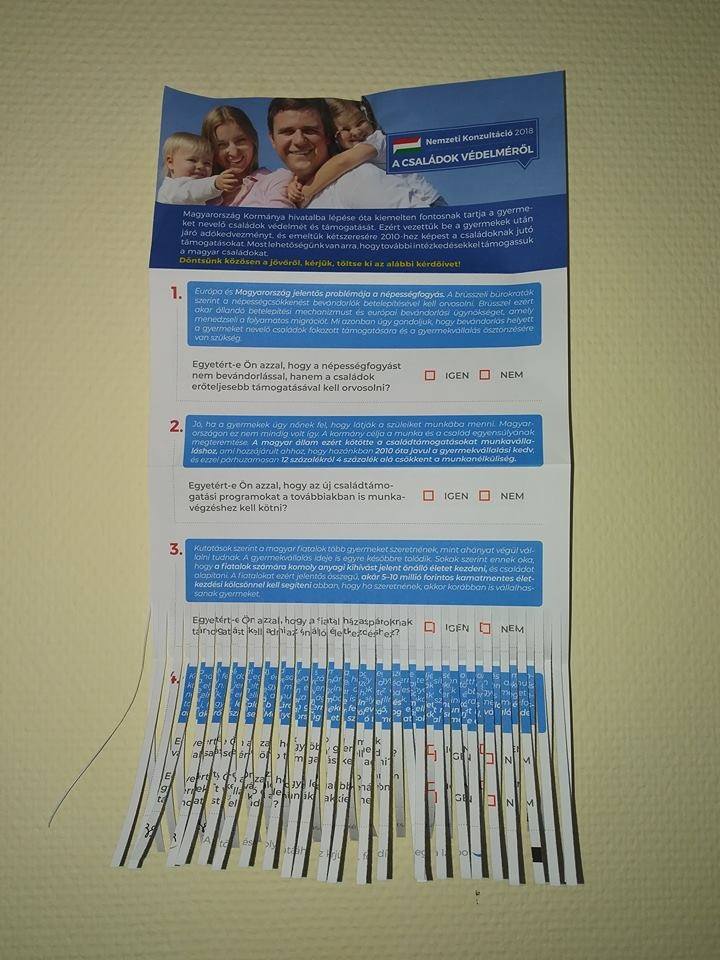 Canada has the Rhinoceros Party which has been an official Federal party in various forms since 1963.

People in the United States will typically answer this question with "We have two: The Republicans and the Democrats" though Americans tend to have a view that most elections are really all about choosing "the lesser of two evils."

The United States will typically find this in the form of fictional characters or television comedians running for tongue in cheek campaigns to satirize the system. Especially during the Presidential elections. It's also not uncommon for Americans to sell and proudly wear or declare they support the candidacy of Fictional Characters for elected office (Star Trek Captains and their First officers are popular, though people are quick to point out that only Kirk/Spock and Janeway/Chikotay could legally run. Solo/Chewbacca and Batman/Robin or Superman/Kent are occasionally seen. It's more cynical (but also more common) to support villain duos, often with the slogan of "Why pick the lesser evil?" as a way of satirizing the aforementioned "lesser of two evils" candidates. Votes for Cthullu (with no vice president nominee) or Palpatine/Vader are common. Mickey Mouse and Bugs Bunny are frequently reported getting a pretty sizable chunk of write in candidates.

As for joke parties, America's two party system doesn't lend itself to a viable joke party any more than it does to a viable third party (third party voters are often seen as lower than people who just plain don't vote. The Simpsons even had a joke where the Democrat and Republican candidates were both alien invaders bent on enslaving the planet, third party Ralph Nader (the closest at time of airing to an actual viable third party) was still a throw away your vote when the solution was raised... and the unpopularity of the major 2016 election candidates actually saw the Libertarian and Green parties dip in the ballots, proving that there may be some truth to the Simpson Joke... at least in a less extreme choice of equally dispised options. It should be pointed out that polls found that the candidicy of "The Sweet Sweet Meteor of Death", would have easily broken through the 2016 nightmare election if it had run (It had a simple, yet bold and feasible solution to every major political talking point of the cycle, including Gun Control, Climate Change, and American Foreign Policy in the Middle East).

Historically, pop culture comedians will often run gag candicies, though many will not actually get on the ballot. Stephen Colbert announced his plan to run as part of satirizing some recent rule changes on campaign PACs and most political organizations tend to be satarizing niche political activist groups than actual parties (Such as SNL's 1988 sketch about the "Gay Communist Gun-Lovers of America" trying to pick a candidate to endorse despite the three issues being very incompatible at the time (LGBT rights were a left wing issue and not a hard championed one at the time, Gun Rights was a right wing issue, and Communism was never popular in the U.S., least of all in the Regan-Bush years.) the sketch ended that they would endorse George H.W. Bush because "2 out of 3 ain't bad" but neglecting which of the two Bush was (or rather, which of the remaining two they believed Bush was, as it was pretty obvious he was appealing to Gun Lovers).

That said, there were some notable joke parties. The "Out with Logic" or OWL Party was a short lived joke party in Washington state that actually managed to get on the ballot in the 80s, though the state would cite this as a reason to restrict minor party access later.

The Strait Talking American Government Party or STAG Party which Pat Paulson of The Smother Brothers' Comedy Hour fame would jokingly campaign under, the party's motto was "We've upped our standards, so up yours" and Paulson would often address questions about his political stances with answers worthy of Sir Humphrey Appleby's responses and address any critic of his with "picky, picky, picky" (usually the criticism was very much valid and damning for a presidential nominee).

Perhaps the most successful was Gracie Allen's Surprise Party as part of her radio show's ("The Burns and Allens Show") 1940 summer roadshow (coinciding with the campaign for the general election, which would start at the same time). Gracie Allen's radio character was that of a woman who followed a clear logical thought process, but not one anyone in the audience was familiar with (most of her laughs were based on following a train of logic to an illogical conclusion and that rather simple turn of phrases, often from real life husband George Burns). In reality, Allen had a very sharp whit and was quite intelligent and the show would regularly do promotions following her demonstations of extended "Gracie Logic" playing out over various stops. Burns once said he had the easiest job in the world as all he had to due was ask "So Gracie, how's your mother?" and then smoke a cigar while she went on to answer for 30 minutes. The Surprise Party's mascot was a Kangaroo and the motto was "in the bag" and among Gracie's political speeches included gems such as "I don't know much about the Lend-Lease Program, but I figure if we owe it, we ought to pay it" and "I believe woman would make a better President than a man because everyone knows woman are better at introducing a new bill to the house." The campaign went so far as to charter a private train and billed the road show as a Whistlestop campaign tour, much like the real political practices of the time. It was so successful that Harvard gave it's 1940 presidential endorsement to Allen. The gag worked because Allen's unique brand of logic was screwy... but so were the serious candidates and Americans could at least follow her logic.

Allen would even employ this for serious campaigns, as she was a big champion for home safety and created a women's club organization called (along the lines of, I recall the promo but can't find the name of the club) Gracie Allen Womens Club, which would recieve literature about preventing home accidents. Given Allen's brand of on screen humor, it was only natural that the club's motto was "Don't be a Gracie."

Well, in Australia I suppose that I would have to answer no; you have to pay a deposit to be a candidate and if you finish last in the voting count, then you do not receive your deposit back. I suppose that this is to discourage frivolous "joke" candidates. We have had some though in every "joke" sense. My favorite was the comedian Austen Tayshus, who stood for The Australian Sex Party in 2010 in the Australian Federal Election.

In Sweden we have "Kalle Anka-partiet", which translates to "the Donald Duck party". It basically means that you forfeit your vote, same as handing in a blank ballot. So the answer would be yes, there are other countries that have joke-parties and/or candidates, probably every one where you can vote anonymously and write what you wish on the ballot.

Here's a wikipedia link that gives a brief description: https://en.wikipedia.org/wiki/Donald_Duck_Party

Brazil does, very many, and occasionally one of them wins big by attracting the protest vote en masse.

This article is from a humor site but draws from real facts and informs the situation competently:

Not the answer you're looking for? Browse other questions tagged election parties .

11
Is there any satirical political ideology?

11
Does any other governmental body have constituencies similar to Seanad Éireann?
1
Has any of the presidential candidates ever mentioned fixing our aging infrastructure?
8
Has any countries used an Elected Presidency scheme in which candidates may be restricted to a particular racial group?
9
Have any politicians been elected to the government of two different countries during their career?
3
Why does Belgium seem to have a more diverse legislative body that other EU countries?
3
Are there any systems (in other countries) comparable to the overt dualism of Puntofijismo?
5
Do any democratic countries have mechanisms to prevent one party from dominating for an extended period?
23
Do any other countries take as long as the US to transfer government power following an election?
80
Why is vote counting made so laborious in the US?
3
Do any other countries have a similar system as the United States of America's electoral college?