What percentage approval rating does Trump have among self-described liberals?

I have heard that Trump has an overall approval rating of 42% nationwide based on unbiased polls. I consider this number accurate because it uses many polls to get this number. However, I heard that roughly TEN percent of Bernie voters in the primaries voted for Trump. When I read the article, not surprisingly, only ~20% called themselves liberal.So, i want to know, what percent approval does he have among liberals? (This does not necessarily mean Democrat, it could also mean Independent, though 51% of Democrats identify as liberal)

Of the seven polls that are currently included in the RealClearPolitics average on this question, only two provide a cross-tab between Trump favorability and political ideology.

This YouGov poll conducted November 10-12 asks whether respondents' ideologies are described as liberal, moderate, or conservative, and those who gave an answer to this question gave their answers in roughly equal number between the three. Of those who described themselves as liberal, only 10% had a very or somewhat favorable view of President Trump, whereas 90% had a very or somewhat unfavorable view. (This compares to 40-53 across the entire survey, and 8-90 for self-described Democrats.)

I've investigated this question using the data from the Cooperative Congressional Election Survey 2018, after applying weights to be demographically representative of the US adult population. Restricting responses to those self-describing as 'Very Liberal', 'Liberal', or 'Somewhat Liberal', we are left with about 31.3% of the 60,000 respondents.

Excluding those who responded 'Not sure', the results of asking 'Do you approve or disapprove of the way Donald Trump is doing his job' before the 2018 elections are below, and result in an approval/disapproval ratio of approximately 7:93. 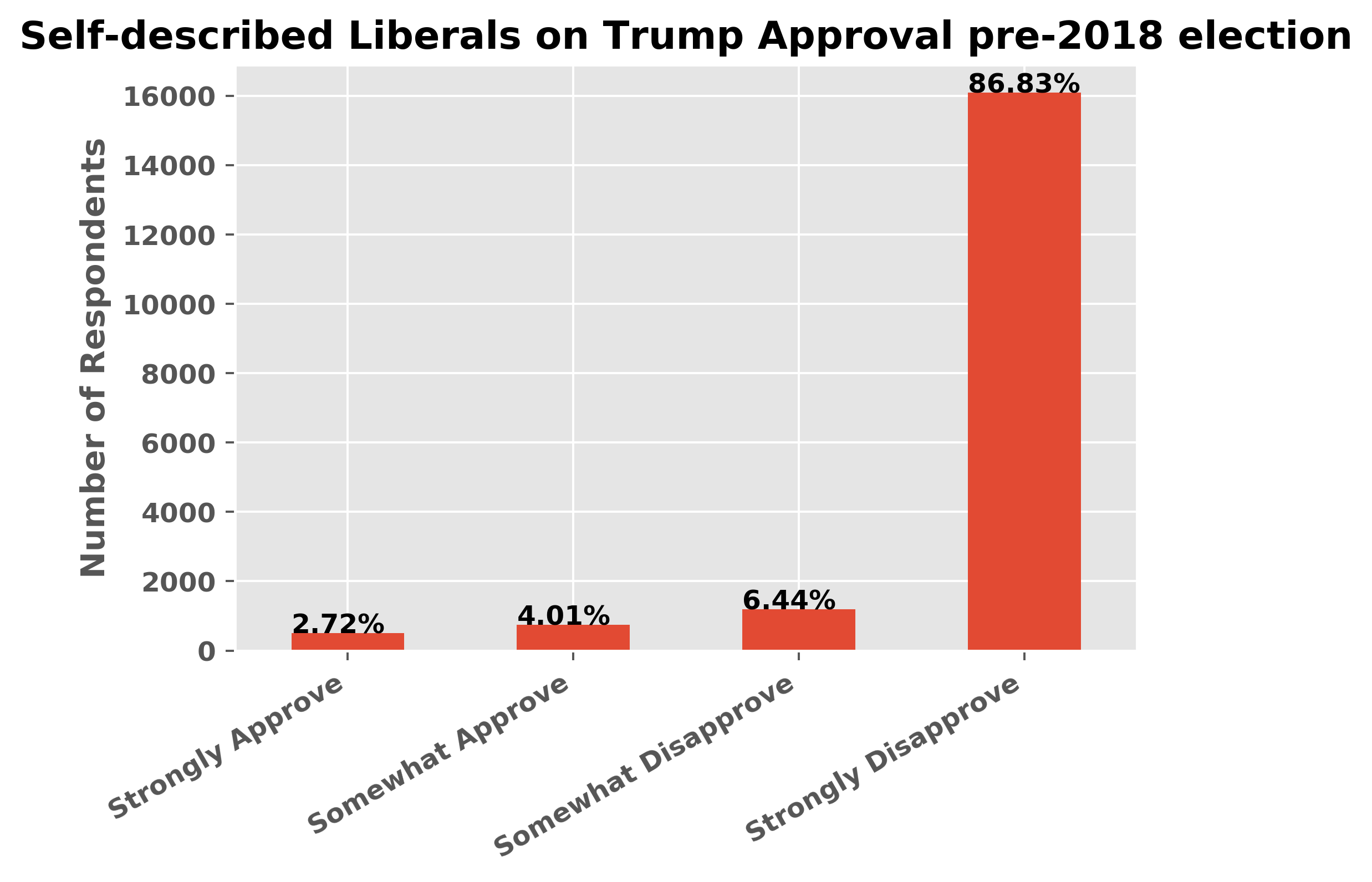 After the 2018 elections, about 90% of these respondents were asked the same question, resulting in a very similar 6:94 ratio. 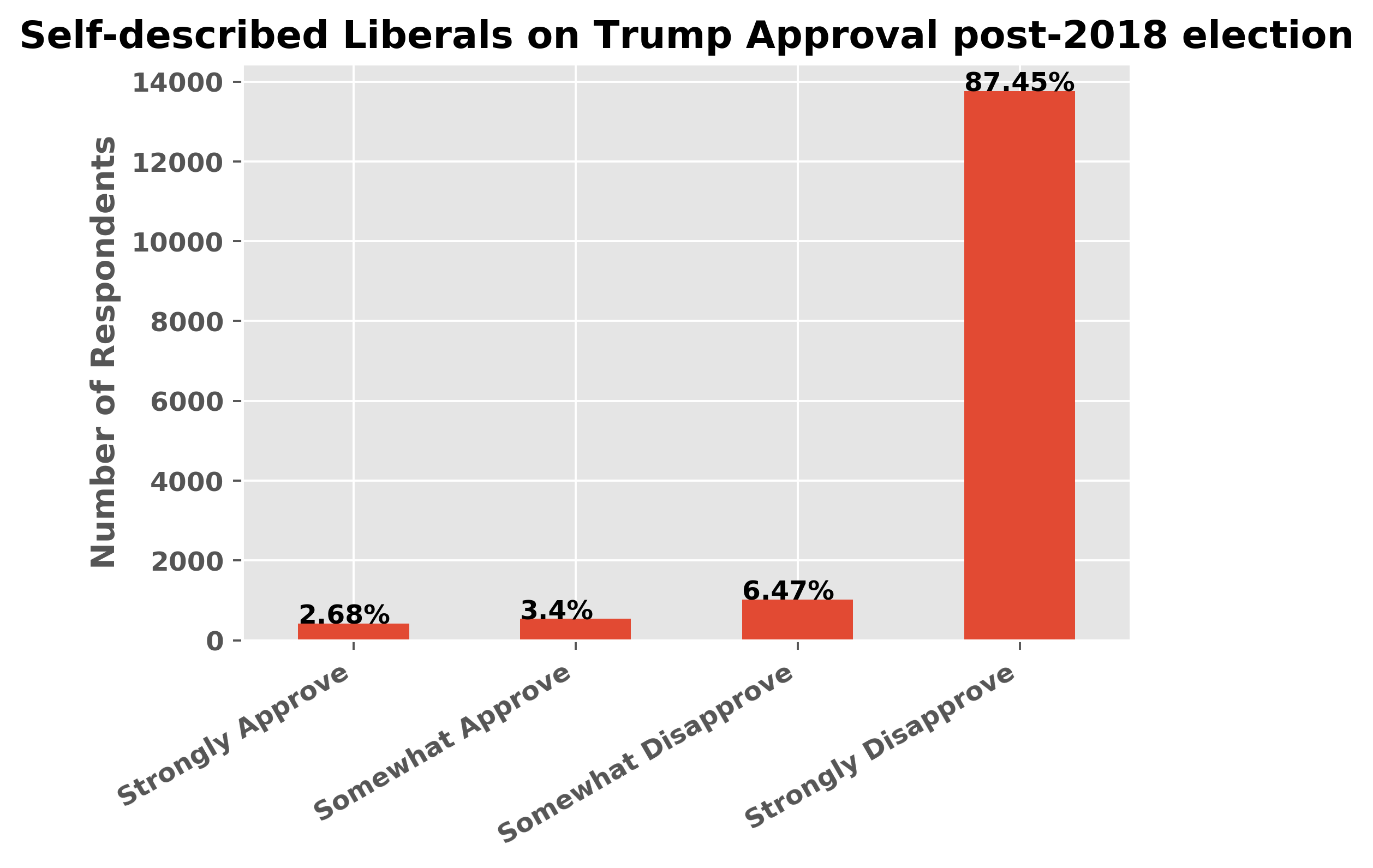 5
What percentage of troops support President Trump according to latest polls?
24
What kind of approval does Donald Trump need to build his wall?
10
What percentage of Trump supporters believed that Mexico will literally pay for the construction of the border wall?
13
What does Ambassador Taylor have to do with the Trump impeachment inquiry?
14
What arguments have been made for not impeaching Trump?
10
What are the details of the Republican healthcare plan described by Trump in mid-July 2020?
2
Are liberal republicans concentrated in the Deep South?
4
What does the wealth distribution among India's lower caste and upper caste look like?