Why was there a sharp increase in the margin of support of independence in Scotland in August/September 2014?

Why was there a sharp increase in the margin of support of independence in Scotland in August/September 2014? 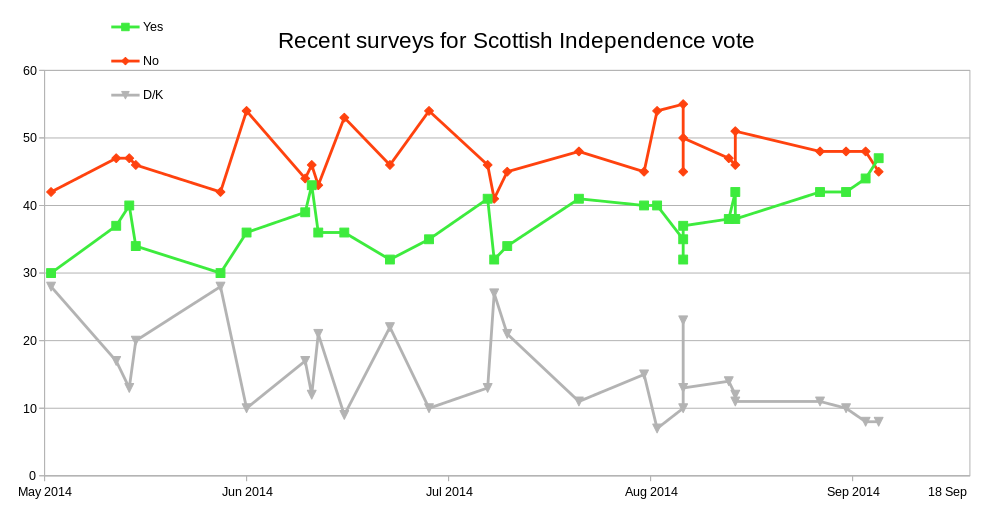 Any answer to this question will inevitably be somewhat speculative. However I think there were two main factors:

It also seems likely, given that the final referendum result was 45-55 whereas the preceding opinion polls were more like 47-53 if you ignore the undecideds, that there was a degree of polling error.

Not the answer you're looking for? Browse other questions tagged public-opinion secession scotland .