Can a Prime Minister be appointed if they do not have a seat in the Parliament?

This means that the 650 members of the Parliament are elected individually, each one in a different constituency.

Some polls show that the current primer minister, Boris Johnson, leader of the Conservatives, does not have his seat granted in Uxbridge and South Ruislip, the constituency he is running for: 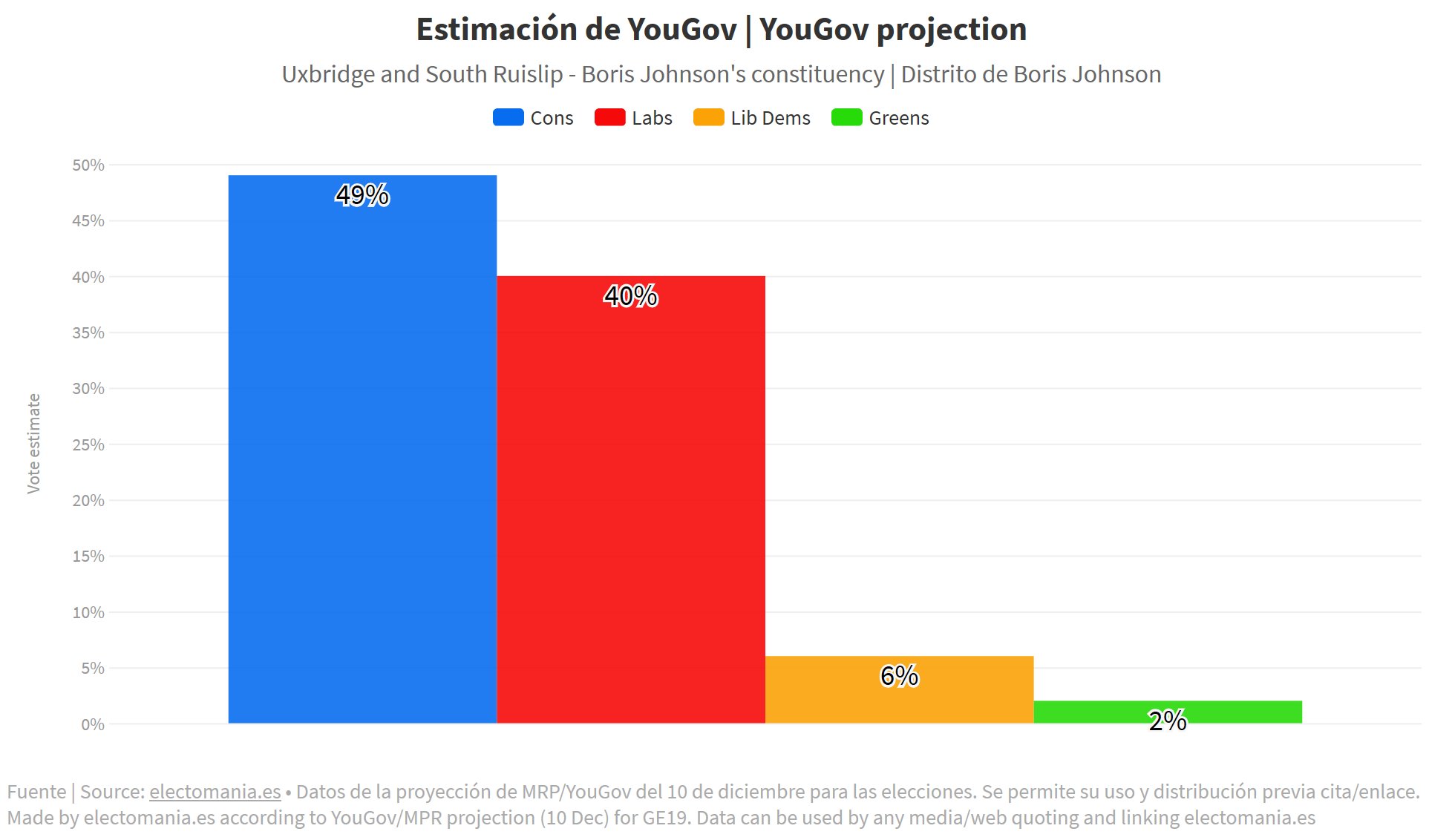 Wikipedia on Prime Minister of the United Kingdom states:

The Office of the Prime Minister is not established by any statute or constitutional document but exists only by long-established convention, whereby the reigning Monarch appoints as Prime Minister the person most likely to command the confidence of the House of Commons; this individual is typically the leader of the political party or coalition of parties that holds the largest number of seats in that chamber.

However, I cannot find a reference on whether the Prime Minister needs to have a seat in the Parliament. Is there any rule on that?

Legally, no. By convention, yes, although not necessarily at the moment of being appointed. Consider the case of Douglas-Home, who was a member of the House of Lords when he was appointed Prime Minister. He disclaimed his peerage and contested a by-election to enter the Commons.

So if the Conservatives win a majority but Johnson loses his seat, it would not be unprecedented for one of his colleagues in a very safe seat to take the Chiltern Hundreds and trigger a by-election which Johnson could contest.

Not the answer you're looking for? Browse other questions tagged united-kingdom election parliament prime-minister .

20
Has a party that won an election ever lost its leader in the process?
8
UK Westminster party with unelected leader calling the shots
4
What are the practicalities of having a non-MP as your party leader?
4
What's the procedure of the Tory party if the Prime Minister lost his seat in the upcoming UK general election?
4
How does taking the Chiltern Hundreds to resign work?