Why did the UK handover the entirety of Hong Kong in '97?

The leased portion of Hong Kong due to be returned to China in 1997 was the "New Territories" section shown in this Wikipedia map: 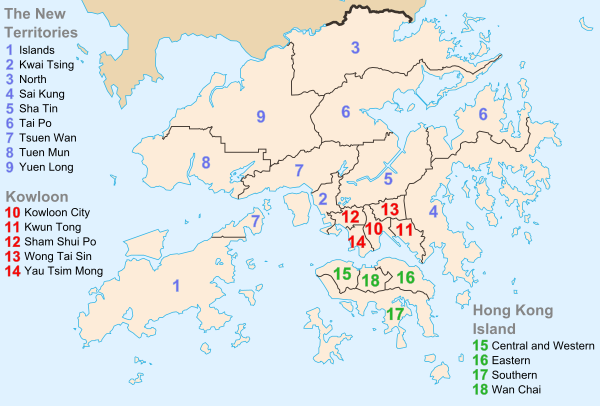 The other regions (Kowloon and Hong Kong Island), as I understand it, were not under temporary UK rule and were not mandated to be "returned" at all.

As given by Wikipedia:

Despite the finite nature of the New Territories lease, this portion of the colony was developed just as rapidly as, and became highly integrated with, the rest of Hong Kong. As the end of the lease approached, and by the time of serious negotiations over the future status of Hong Kong in the 1980s, it was thought impractical to separate the ceded territories and return only the New Territories to China. In addition, with the scarcity of land and natural resources in Hong Kong Island and Kowloon, large-scale infrastructure investments had been made in the New Territories, with break-evens lying well past 30 June 1997.

From a military point of view, Hong Kong island is completely indefensible from the UK. The Chinese made it plain that they wanted the island back (including the splendid city obviously) and there was no realistic way of stopping them just taking it by force. Under those circumstances, a peaceful handover with a continued working relationship was the only sensible option.

In addition to the tight integration which would be impossible to untangle, the territories which were not due to be relinquished were too small to survive independently:

As late as the 1970s, it was taken for granted that the expiry of the lease would be no more than a technicality. But Peking made it clear that it expected the return of the New Territories to Chinese control. The British had always accepted that, on their own, Kowloon and Hong Kong Island were too small to be self-sustaining. So, after initial resistance from the Prime Minister, Margaret Thatcher, it was accepted that sovereignty over the entire territory would revert to China in 1997.

Not the answer you're looking for? Browse other questions tagged united-kingdom china hong-kong .

62
Why didn't Thatcher give Hong Kong to Taiwan?

2
What prevents Hong Kong from punishing people who committed crimes in China in Hong Kong?
62
Why didn't Thatcher give Hong Kong to Taiwan?
10
What is preventing China from destroying Hong Kong pro-democracy movement?
12
Why would a grant of British citizenship to Hong Kongers be a treaty violation?
20
Have any polls surveyed the opinion of Brexit supporters on the recent decision on Hong Kong BN(O) passport holders?
4
What is China's objection to Australia's planned offer to HK residents?
6
Why did China impose the new national security law on Hong Kong now?