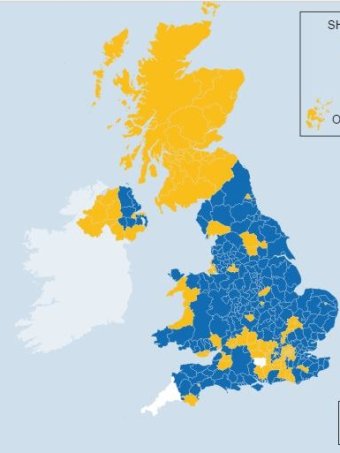 Not the answer you're looking for? Browse other questions tagged united-kingdom secession scotland .

5
How can the UK Labour Party get a majority without a plurality of the popular vote?
5
Why did the Scottish National Party supplant Scottish Labour?
20
What is the cause of the discrepancy between Scottish and English-Welsh results in the Brexit referendum?
35
What happens if it is proved that "vote leave" campaign broke campaigning laws?
8
Why doesn't the UK hold a second Brexit referendum to clarify what the public wants from Brexit?
2
Was the referendum on the Good Friday Agreement called "confirmatory" at the time?
3
Can Johnson safely ignore the Benn Act assuming his deal passes next week?
4
Why does SNP support in Scotland seem disproportionate with actual support for independence?
2
Can the Scottish Parliament pass a law to stop labeling anything in imperial?
17
Can Scotland hold an informal independence opinion-poll without Westminster's consent?