How did the Asians vote in the "double digit" Asian-minority areas in the Brexit referendum?

I found two competing narratives on the Asian minorities vote in the Brexit referendum. The simple overall picture:

And another which suggests a different pattern in areas with a "double digit" proportion of Asian minorities:

But knowing how the whole constituency voted in an area (even one that contains a "double digit" minority) doesn't exactly inform us how the minority in that area voted, i.e. it's still possible that (e.g.) the whites more overwhelmingly voted for Brexit in these areas with a double-digit Asian minority.

So, question: how did the Asian minority voters vote (in the Brexit referendum) in these areas with a double-digit Asian minority?

According to Parliament.uk figures, there are 122 constituencies with a double-digit Asian electorate, from Leicester East at 58% down to Solihull at just over 10% - these are shown below. Wave 10 of the British Electoral Study, conducted in the autumn of 2016, collected data on ethnicity, constituency & referendum vote, allowing us to draw some conclusions on this question. 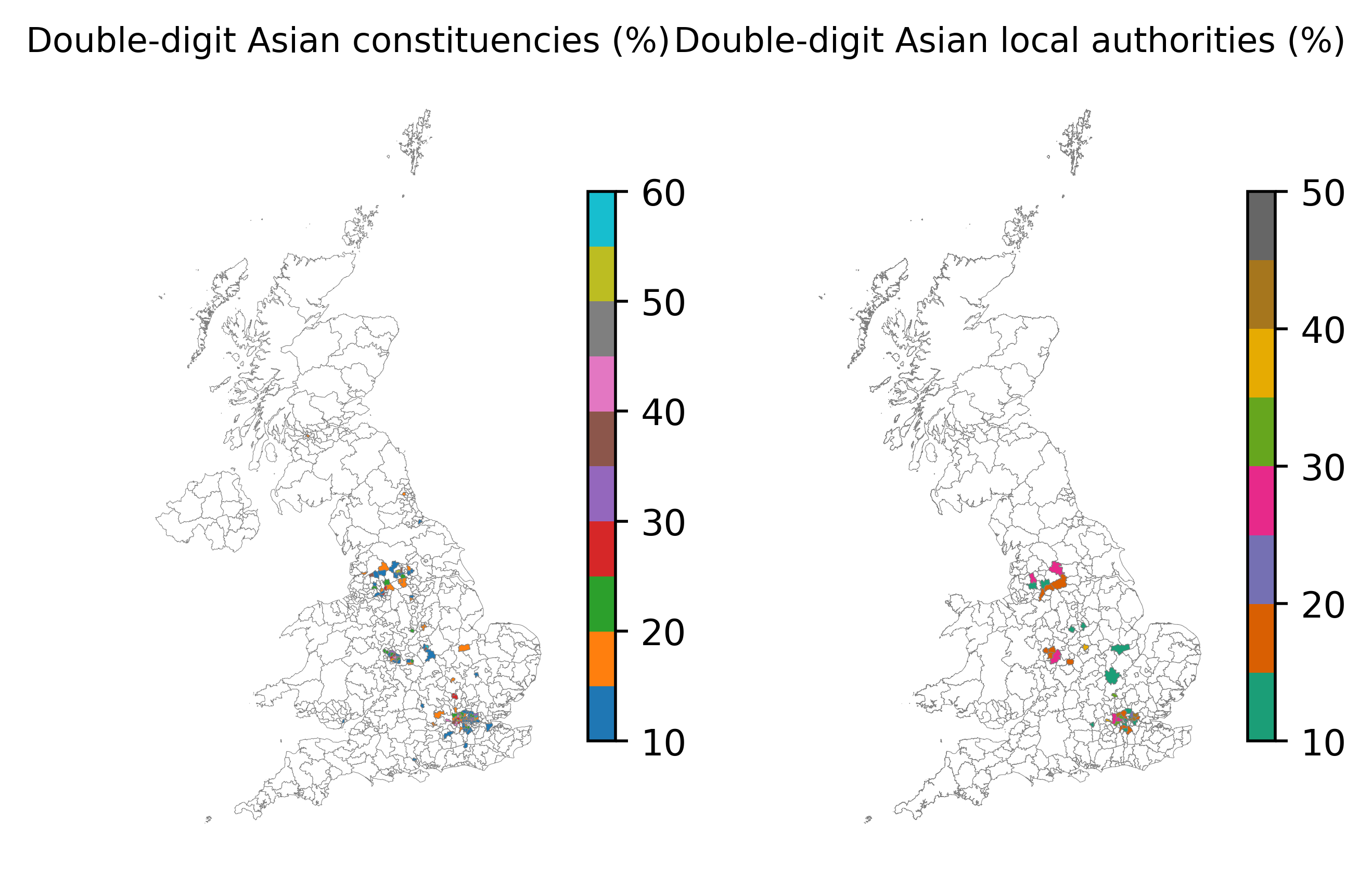 We can limit BES responses to those in the constituencies we've identified, as well as those identifying as Chinese, Indian, Pakistani, Bangladeshi, White and Asian, or 'Any other Asian background'. As shown below, there doesn't appear to be that much of a difference between the two sets of voters.

If we look at local authorities, instead of constituencies, there are 43 (out of 343) with a double-digit Asian electorate, according to data.gov.uk. These range from Newham (43.5%), to Kensington and Chelsea (10.0%). Performing the same process as above, we again don't see a massive difference between the two figures - perhaps a slight preference for 'Leave'. 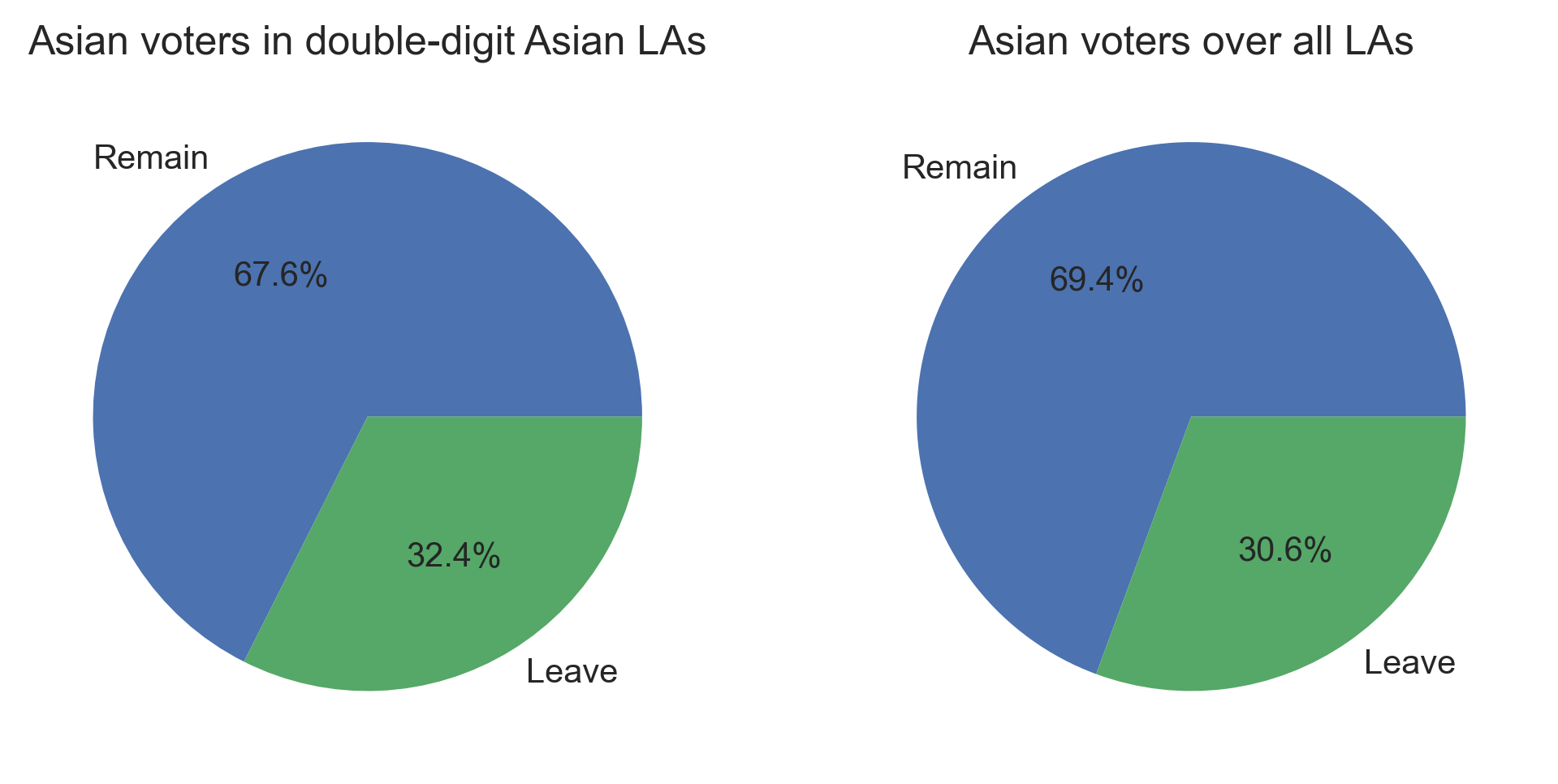 Splitting out by ethnicity, we see some similarities with the constituency data, and some differences. Again, a larger proportion of voters identifying as Chinese, and 'Any other Asian background' supported Remain in the double-digit Asian LAs, while fewer of those identifying as White and Asian did the same. On the other hand, there was no difference in the allegiances of Pakistani voters, while Bangladeshi & Indian voters were more likely to support leave in the selected LAs.