Is there an index of state support for (the official) religion?

There is more than one index of religious freedom published, but I'm curious if another dimension of state involvement in religious life has been quantified, namely how much state support religious groups get (e.g. financial, either direct like subsidies or through tax reliefs etc.) Is there an index of this latter kind?

I did find one paper (well, book chapter) which at least taxonomizes the support in EU countries:

three different models of active state support for religion will be examined in a critical way: the Belgian system of fixed compulsory taxes; the Italian system of mandatory religiously-oriented taxes; and the German system of voluntary religious taxes. Within this elaboration, particular attention will be given to state subsidies for (institutionalized) religion, for faith-based schools and for religious education. [...]

I haven't read the full text, but the summary doesn't hint to a index being constructed. Also, I'm not sure of the taxonomy/separation proposed is very useful because another paper (which has a section on state subsidies) notes

In Belgium, since 1830, government not only pays the maintenance of church buildings but priests, reverends, and rabbis receive a state salary as well. [...]

So I guess it's rather difficult to quantify in a single index the various forms of state support for religion, but nonetheless, has anyone proposed such an index?

As a not very satisfactory answer, Pew has published a rather coarse index, which scores support on a few dimensions (religious education, religious property and "other activities") and whether the funding goes only to the official/favored state religion. Alas, this methodology excludes from consideration countries that provide some support for all religions but have no official/favored one (like France, Germany or Belgium). Also on this level of coarseness, the UK is on par with (ahem) Sudan. 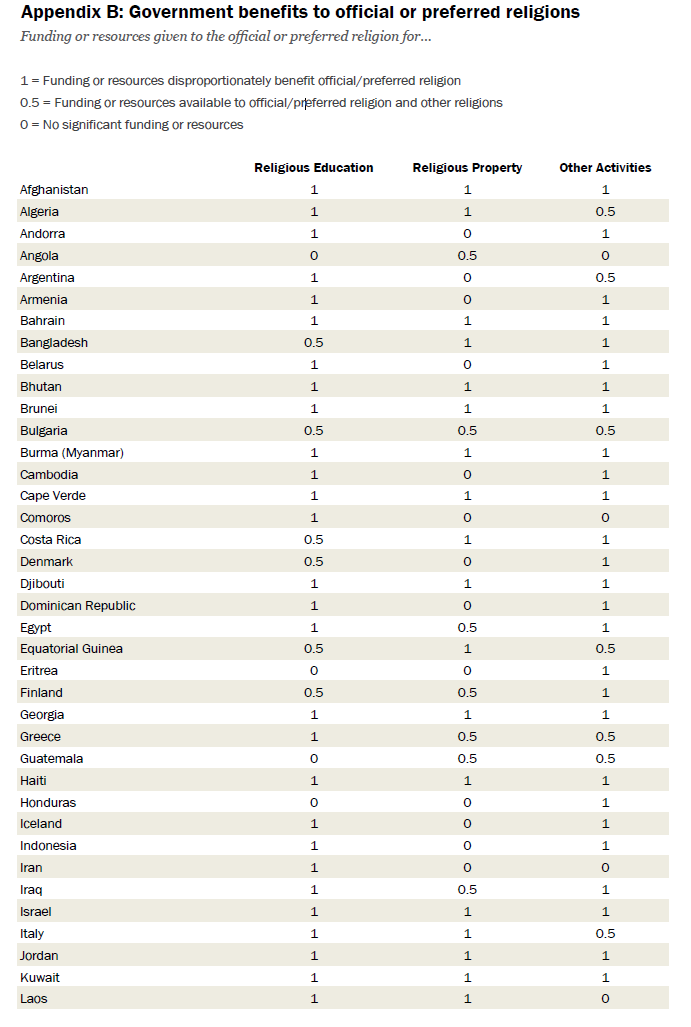 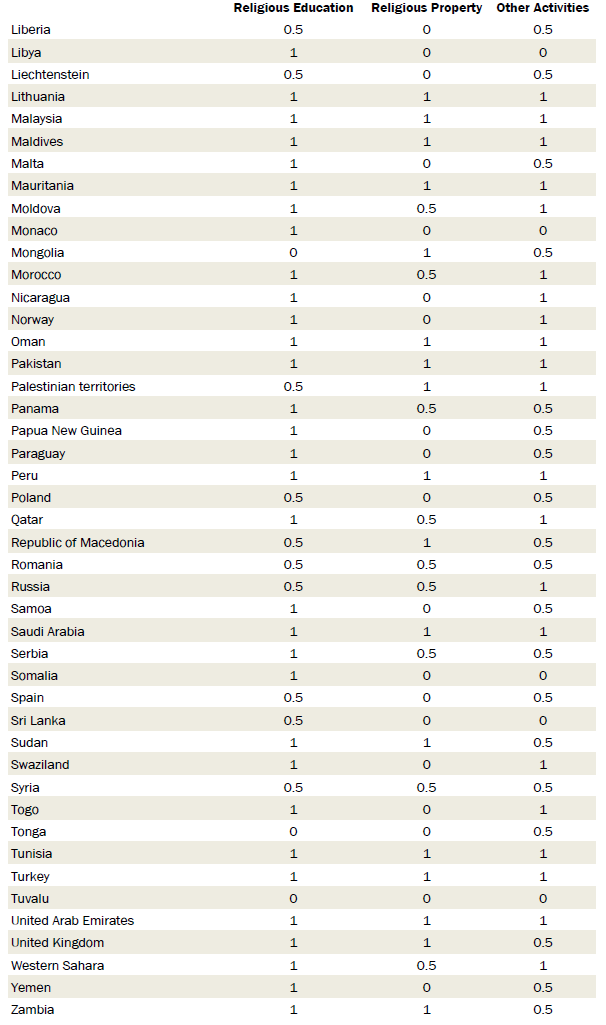 4
Are 'state religion' and 'official religion' the same things?

5
When the founding fathers of the USA added Freedom of Religion, were there any religions in North America that killed in the name of religion?
5
Is there separation of religion and state in Canada?
12
Is there any democratic non-secular state?
3
Granting citizenship for belonging to religion
5
Legal basis of religion for Citizenship Amendment Bill
4
Are 'state religion' and 'official religion' the same things?
2
Why aren't (tax exempt) churches allowed to be political, and why not tax all churches?
4
What are the commonalities among the top performers on Corruption Perception Index?