How does one buy a burnable American flag in Tehran?

Since 1978 I've seen footage of people in Tehran burning American flags, and as far as I can tell each time it's completely destroyed, meaning that they have to get a new American flag to burn each time.

I can't imagine that there would be an America flag store in downtown Tehran, so where are they getting all these flags?

I understand that this might not sounds like a serious question, but it is. Considering that the US is regularly denounced as a "great satan" and the government is strongly influenced by religion, I would expect that US flags and other pro-US paraphernalia would be quite hard to get ones hands on. 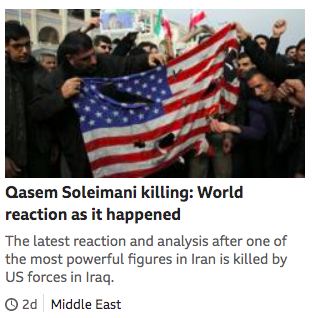 It's kinda funny that after seeing your post, I searched a lot and I finally found the source of those US flags in Iran. Guess what? They are completely produced in Iran just for the purpose of burning! Read it here. Crazy right? I mean, I'm an Iranian and it totally freaks me out that Ayatollahs' regime spend tons of money to produce the US flags just for burning but we have lots of other essential issues in Iran that could be solved easily by that money...

27
What do those Iranians who say "Death to America!" mean by it?

6
Which Syrian Flag to use?
7
What is this 45-star American flag?
45
Are there any restrictions on what a national flag should look like?
32
What does a black-and-white Puerto Rican flag signify?
10
Why does Germany ban flag burning?
3
What flag is similar to the American flag but has 9 stars and 13 vertical stripes?
17
What does the flag of Imperial Germany symbolize today?
9
What, if anything, does a blue-and-white American flag mean?