How many new linear miles of border fencing has been built by Trump?

[Acting CBP commissioner] Morgan did acknowledge a difference between what he calls “new wall” and “new linear miles.” The new linear miles would encompass border wall being built in sectors where no barriers — no matter how small — previously existed. He noted that by 2020 the Rio Grande Valley sector could “easily reach 100 new miles of linear wall.” Morgan declined to answer, however, when the Daily Caller asked when Americans can expect the administration to actually break ground on construction projects on new linear miles of wall.

Almost all of the approximately 341 miles (as of October 2020) (360 miles according to this source) of "wall" that have been built so far, replaces existing infrastructure.

This photograph provides an example of "wall" being constructed to replace existing vehicular border infrastructure: 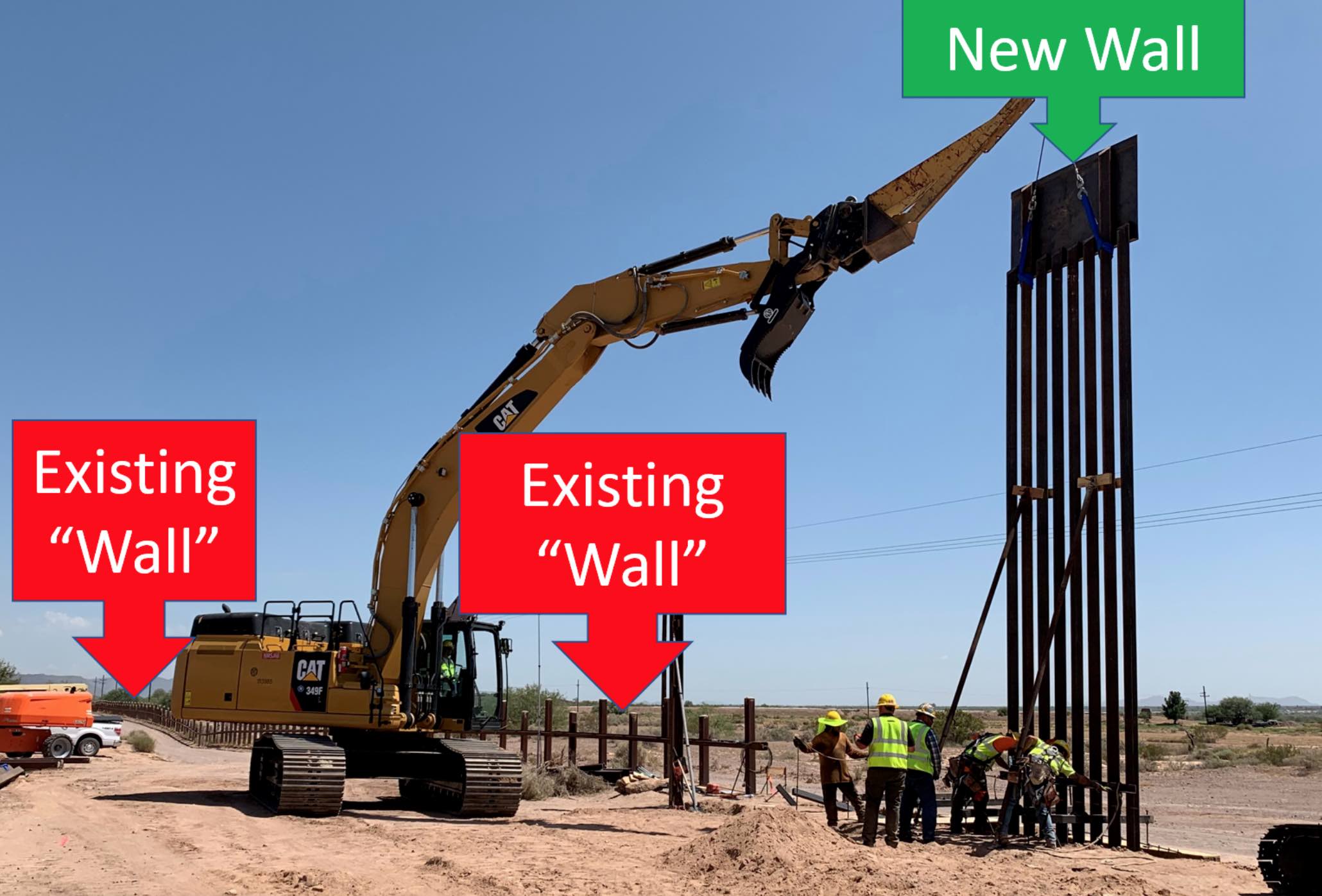 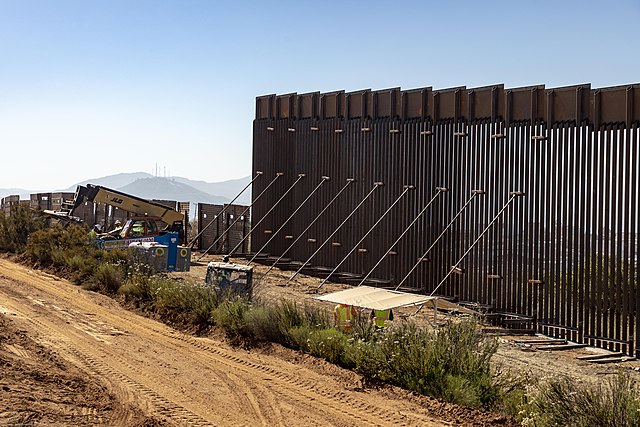 This site gives detailed geographic information about the construction of the wall.

It claims 341 miles of wall have been constructed (October 2020), but does not not break-down this figure according to where fencing pre-existed.

The total length of the US southern border is 1,954 miles. According to one source, 130 miles of border has topography that makes artificial barriers unnecessary (eg. river crossings), leaving 1,824 miles.

If these figures are correct, as of October 2020 18% of the total border length now has a “Trump wall”.

That said, it should be borne in mind that ease of crossing will vary considerably along the length of the border. Due to the sheer remoteness of much of the border, wall is not planned-for or necessary. Instead electronic monitoring towers suffice for large sections of the border.

Presumably the focus for construction has been driven by considerations such as:

The following photographs show some of the existing border infrastructure. Pedestrian and vehicular. 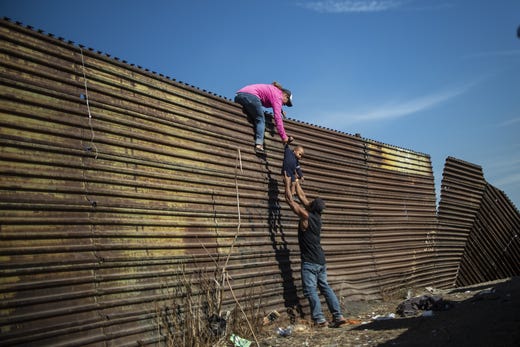 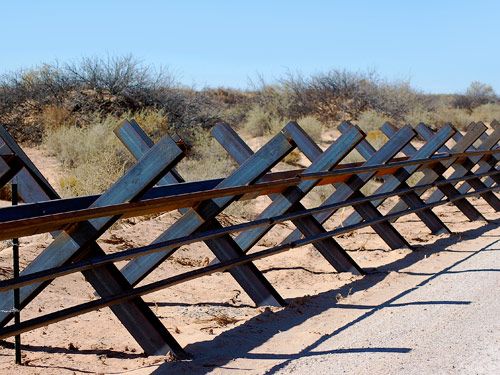 Update, Feb 2020: the Pentagon has announced it will divert USD 3.8 billion from previously allocated military funding, for wall construction.

Under Construction in Texas: The First New Section of Border Wall (Paywall), Nov. 8, 2019.

Eight miles of original fencing are going up in the Rio Grande Valley, the first new wall to be built under President Trump. The administration wants 500 total miles constructed by 2021.

Construction on the first new section of border wall, where nothing stood previously, started just south of Donna, Texas, in late October.

It began months behind schedule. It will cost about $167 million. And when it is done, this landmark section of the contentious wall project — a symbol of Mr. Trump’s presidency and a flash point for his critics — will extend the hard border with Mexico by just eight miles.

Image of the first two panels, as of Nov. 7.

On Tuesday morning, Border Patrol agents escorted Border Report onto the site south of the town of Donna, Texas, where 33 panels of the 18-foot-tall wall have been built a few miles east of the Santa Ana National Wildlife Refuge.

Portion of US border wall in California falls over in high winds and lands on Mexican side, January 29, 2020.

Earlier this month, the administration announced that the wall had reached the 100-mile mark, the majority of which was replacing barriers with newer, enhanced designs, and around half a mile was constructed in the Rio Grande Valley where no wall previously existed. [Emboldening added.]

9
Why did many voters support a border wall instead of other border control methods?
30
How will shutting the government down enable Trump to build his Mexico border wall?
12
Has Trump or his administration published an analysis of a border wall vs. other methods of policing?
19
To what degree were families separated in the US - Mexico border before Trump?
11
How much of Donald Trump's wall has been built since he came into office?
15
How much of Trump's border wall has been completed so far?
3
On average, how many attempts of illegal border crossing, do illegals that are caught do? (US-Mexico border)
13
Has Trump's campaign in 2020 made any statement about further building a wall at the Mexican border?
4
How does Slovenia justify its 198-km border fence with Croatia, seemingly built after Croatia acceded to the EU?