How does the United Nations get information on North Korea's economy?

I'm not sure about this year, but for 2017 the figure from the UN WESP report (-3.5%, table A.3) coincides with the one from BOK (the Bank of South Korea), which regularly publishes such statistics, although not always with summaries in English. The BOK is not terribly transparent about their source data

I've read somewhere else that that basically means the South's intelligence agencies.

South Korea’s central bank—considered the most authoritative source for North Korean economic data—uses figures compiled by the government and intelligence agencies to make estimates. That includes everything from water flows at dams to smoke coming out of chimneys to the size of rice paddy crops, according to Lee Seog-Ki, senior research fellow at the Korea Institute for Industrial Economics & Trade, a think tank run by South Korea’s trade industry.

I also found the BOK 2018 report on that (which does have a minor difference from the UN one, possibly due to different rounding) and it's helpful to compare the other figures too (top line BOK, bottom UN):

The UN report doesn't get into any details how they get NK data. If we go by the 2019 schedule, BOK will not publicly release their data for NK 2019 until July this year (2020). (That doesn't exclude they may have communicated a preliminary version privately to interested researchers elsewhere.)

As an aside, and if you're curios, the CIA's World Factbook provides only much coarser data.

North Korea does not publish reliable National Income Accounts data; the data shown are derived from purchasing power parity (PPP) GDP estimates that were made by Angus MADDISON in a study conducted for the OECD; his figure for 1999 was extrapolated to 2015 using estimated real growth rates for North Korea's GDP and an inflation factor based on the US GDP deflator; the results were rounded to the nearest $10 billion.

The CIA factbook also gives these, but no mention on how they were obtained (they happen to coincide with BOK data as well):

I don't know about the United Nations specifically, but (as hinted at in Fizz' answer) remote sensing offers multiple methods that can be used to estimate the size of an economy: 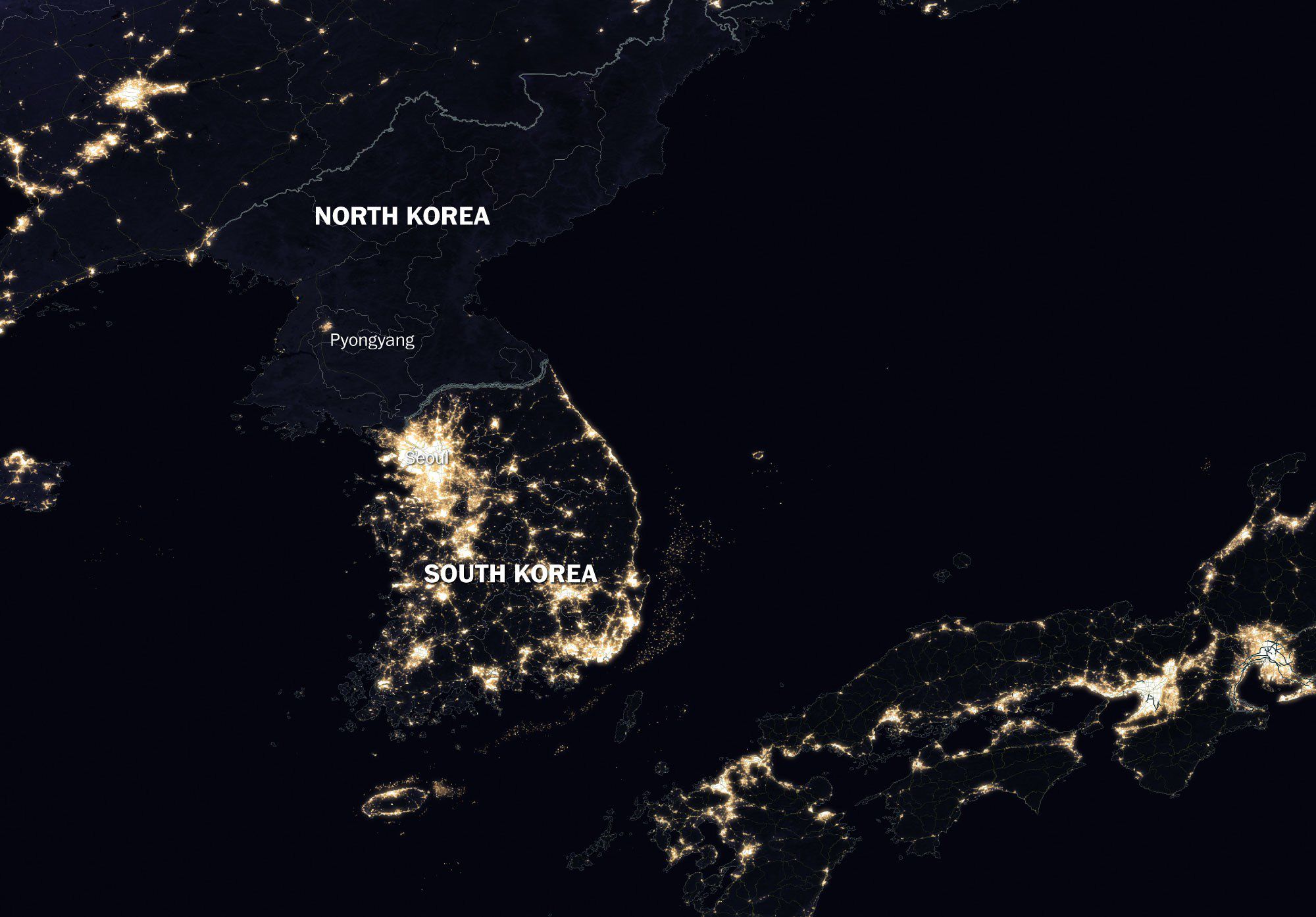 1
National Security and the United Nations
6
Why doesn't the USA bomb North Korea's missile infrastructure?
21
How are women integrated into the North Korean military?
2
How much of North Korea's economy is supported by the black market?
2
How does having other countries support a security guarantee increases the likelihood that this security guarantee will be followed through?
30
How does Dubai get its money?
2
Is it legal in the US to take down North Korea's internet?