Graph of US military spending a percentage of GDP

I found a (North America proxy) graph of US military spending in absolute real terms (i.e. adjusted for inflation). 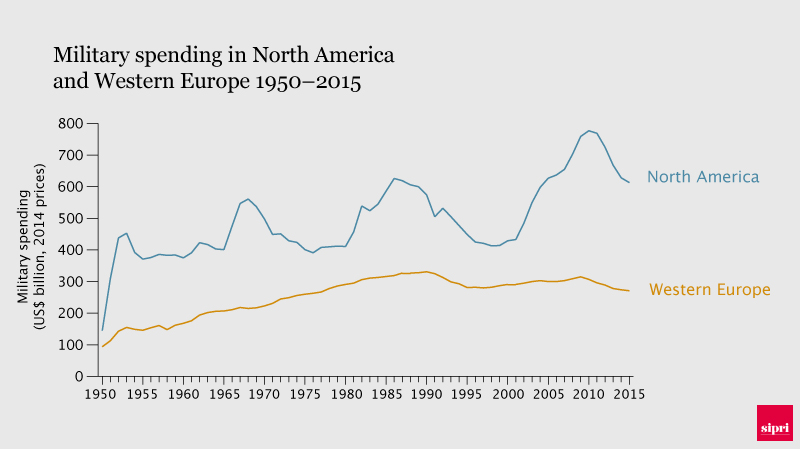 As you can see, in absolute terms, even adjusting for inflation, the US has spent more in the 2nd Gulf War aftermath than during the Cold War.

Similar (WaPo) graph isolating some (recent) war budgets (but not older ones like Vietnam etc.): 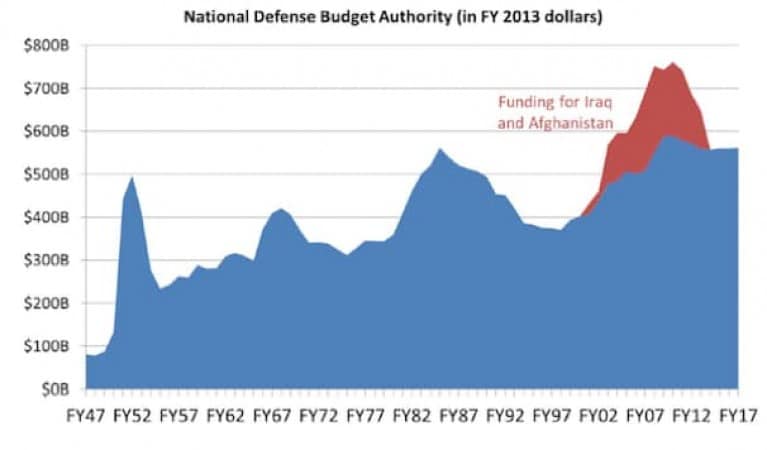 But this (neither of these) graphs accounts for the growth in GDP. So, is there a graph of US military spending as percentage of GDP (and does it look substantially different than the above)?

N.B. I found one (relative to GDP) that stops in 2004, so not really helpful for a comparison after that, i.e. the post Gulf War II peak is not visible in this one... 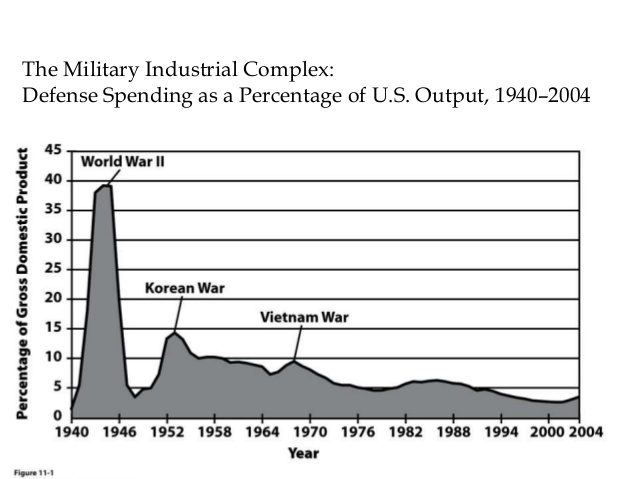 The World Bank seems to have military spending as a percentage of GDP for very country, including the US since year 1960: 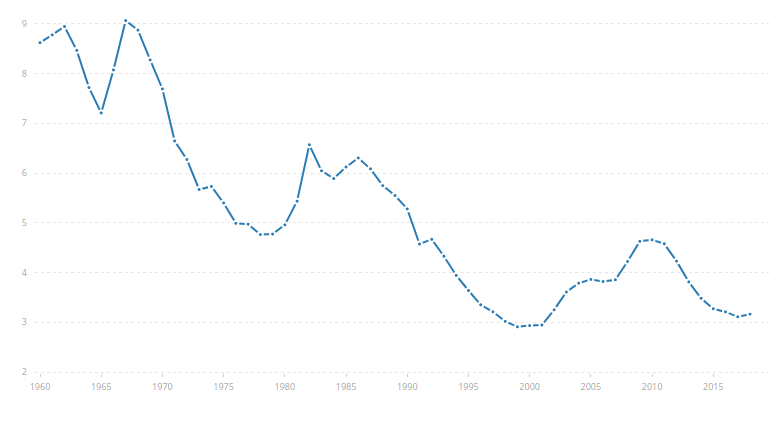 Not the answer you're looking for? Browse other questions tagged united-states military budget .

0
Will the Sequester result in an increase in spending over 2012?
2
What percentage of the 2013 budget does the sequester cuts represent?
4
Did Reagan use public spending to make the GDP grow?
1
How is a budget surplus different from a negative GDP to debt percentage ratio, and does the latter automatically result in the former?
8
Eurozone countries surpassing their allowable deficit of 3% GDP
18
Why does Trump want to increase military spending?
2
Is there a practical rationale for increasing US military spending?
6
Why are budget categories often in relation to GDP?
40
Why does the U.S military use mercenaries?