Is the French public opinion more favorable to Muslims than to Jews?

It's been suggested in an answer to a related question that the French public opinion is more favorable to Muslims than to Jews (due in part to the larger presence of Muslims in France). I for one think the issue is different enough than attitudes on Israel vs Palestinians, but I'm curious if any polls in France actually find a more negative French attitude towards Jews than towards Muslims.

At least in one 2014 Pew poll the answer seems to be that Muslims are more negatively viewed in France than Jews. 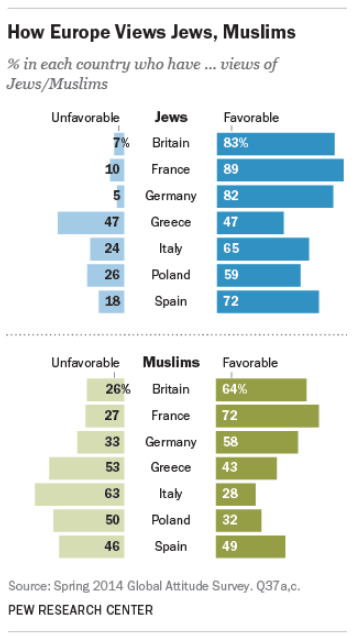 By the way, publishing the results of such polls in France (especially when they get to detailed questions) is not terribly popular.

It's actually hard to find some detail questions that were comparable in that latter poll (as it focused on prejudices, which differ in details regarding Muslims and Jews in France), but this is interesting enough perhaps: far more French said their minorities from Muslims countries were badly integrated in France (compared to Jews), and they also said the blame generally falls on the minorities (but even more so on the Muslim ones). 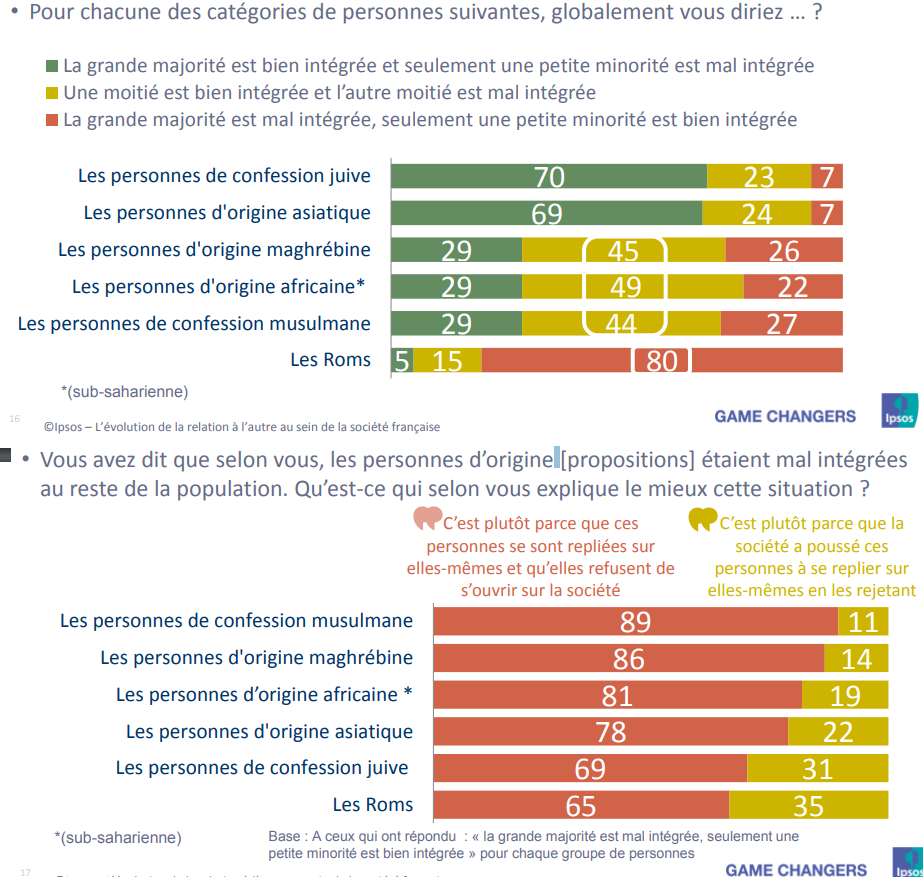 There was also a question on marriage, in which the subject's child marrying a Muslim was more negatively viewed than marrying a Jew. 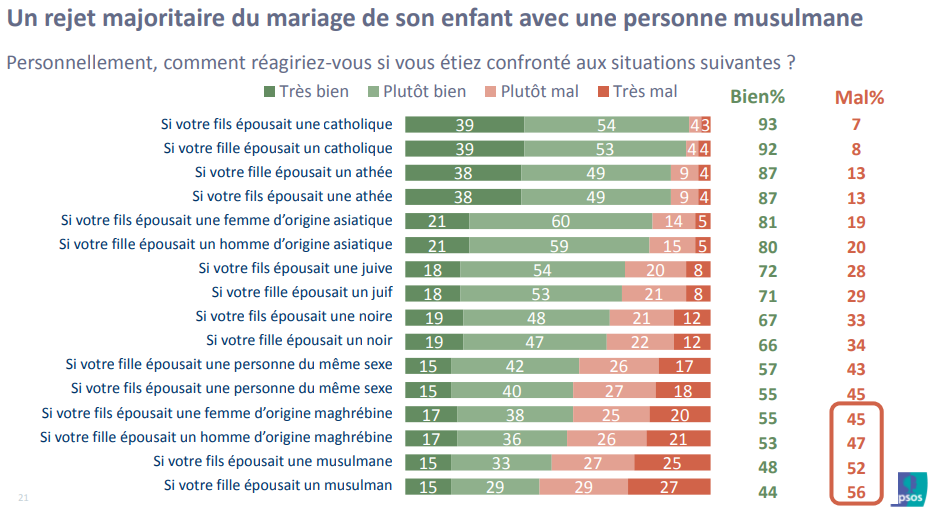 Not the answer you're looking for? Browse other questions tagged france public-opinion minorities .

2
Is there a sustained difference in public views on the Israel-Palestine issue between Europe and the US, and if so why?

4
Public opinion: Jeremy Corbyn for Prime Minister
13
Did most French people change their opinion about who contributed most to the defeat of Nazi Germany?
12
Can Macron legally reform Islam in France?
17
Was the impeachment of Donald Trump supported or opposed by the general public outside the United States?
4
How has public opinion of the European Union changed as a result of the COVID-19 crisis?
3
Why haven't more French territories declared independence, compared to British colonies?