Is there a party in Europe whose supporters show a high degree of sympathy towards Israel?

I find this plot over time of US sympathy for Israel rather fascinating, especially when broken down by US party. 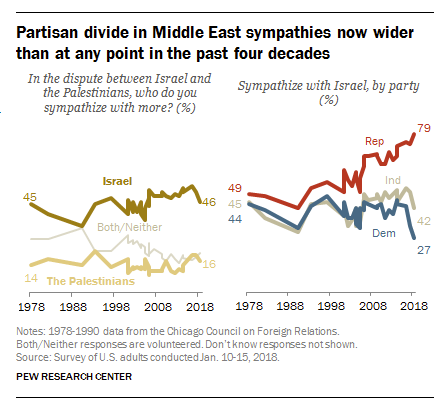 One has to wonder how much of that is explained by "conflict extension" in recent times, but that's not the topic of my question.

What I'd like to know: is there a country in Europe where a party's supporters express a similar level of sympathy toward Israel as the GOP's nowadays?

I was able to find a 2014 poll (but not a graph over time) for the UK, which does find some fairly significant differences across parties, but the pro-Israeli sentiment on the UK right doesn't rise anywhere near the US levels... 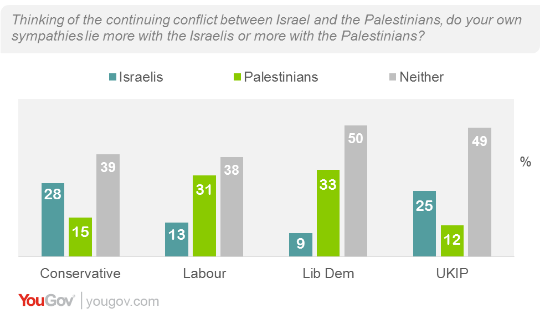 I cannot find any stats for Germany (but per comments and answers below pointing to right-wing populist parties) a news search has revealed that the AfD has joined the Free Democratic Party in a Bundestag effort to have Germany retract its support for UN resolutions condemning Israel. (See also the interesting story of Henryk M. Broder .)

2
Is there a sustained difference in public views on the Israel-Palestine issue between Europe and the US, and if so why?
1
Does the year 2000 observation that issue alignment mainly affected the US political parties, but not the public at large still hold?

6
Are party fractionalization and ideological polarization independent (uncorrelated)?
11
Have supporters of “right-wing populist” parties in Europe explained why they trust Trump?
2
Is there a sustained difference in public views on the Israel-Palestine issue between Europe and the US, and if so why?
4
Has there been a significant difference in sympathy for Israel between the public in Ireland and in the UK?
18
Do far-right parties get a disproportionate amount of media coverage, and why?