Does Ireland's Dáil have an unusually high number of independents, compared to other European legislatures?

I noticed that the 4th largest "party" in the current Dáil are independents with 19/160 seats. Is this proportion high (or not) in a broader European perspective in national legislatures?

Yes. Below is a boxplot which shows the current (March 2020) proportion of independent members of each house of each national parliament in the European Union. From this, we can identify outliers in a statistical sense - any chamber that has more than ~6% of its membership represented by independent candidates should be considered an outlier. 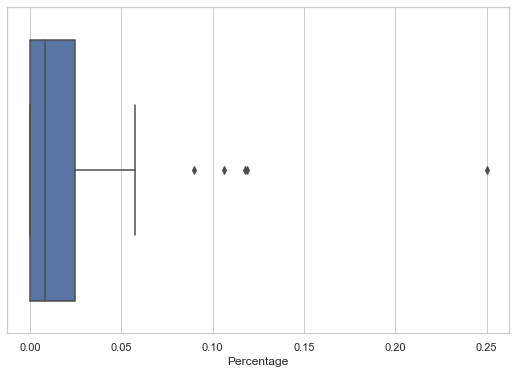 The chambers that match these criteria in descending order are both chambers of the Irish Parliament; the Senead and the Dáil, the Romanian Senate, the Croatian Parliament, and the Latvian Saeima. The full figures used can be found below, and were pulled from Wikipedia. Note that I have excluded the Slovenian National Council, as the membership represents interest groups in the country and is not directly elected, it doesn't make sense to include it in this data.

Not the answer you're looking for? Browse other questions tagged europe comparative-politics republic-of-ireland legislature independent-politicians .

11
Does any other governmental body have constituencies similar to Seanad Éireann?
3
What is the second largest European economic organization after the EU?
9
How common is pairing?
121
Why do European cities have so many homeless and beggars despite its high-tax welfare system?
12
What European countries have secret voting within the Legislature?
19
On what dimensions does the current Republican party differ substantially from the right-wing parties in Europe?
5
Do any democratic countries have mechanisms to prevent one party from dominating for an extended period?
6
Did Bernie Sanders being an independent Senator hurt his presidential bid?
0
Why do US independent voters seem at least as likely to vote Republican compared to all voters since 2008?