Apologies if this isn't the right Stackexchange forum, I will be happy to move it if required.

I was reading the Federal Reserve Bank of New York's latest quarterly report on Household Debt and Credit and was surprised to see that the number of personal bankruptcies declared in the United States was significantly higher in 2003-2006 (the report doesn't go back beyond 2003) than the financial crisis in 2008-2010.

What happened in this time frame that could have caused so many personal bankruptcies in the United States? 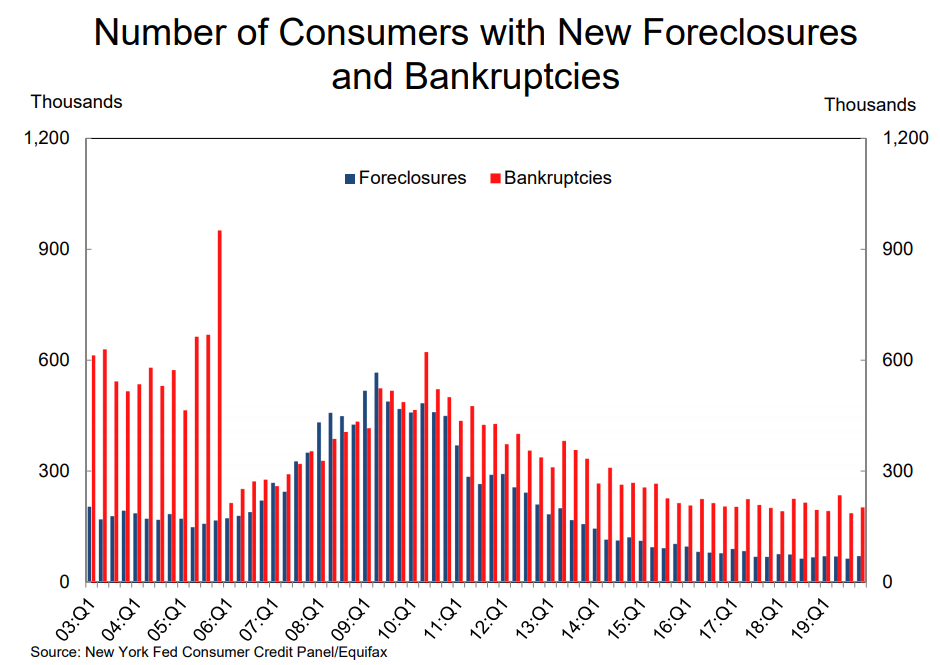 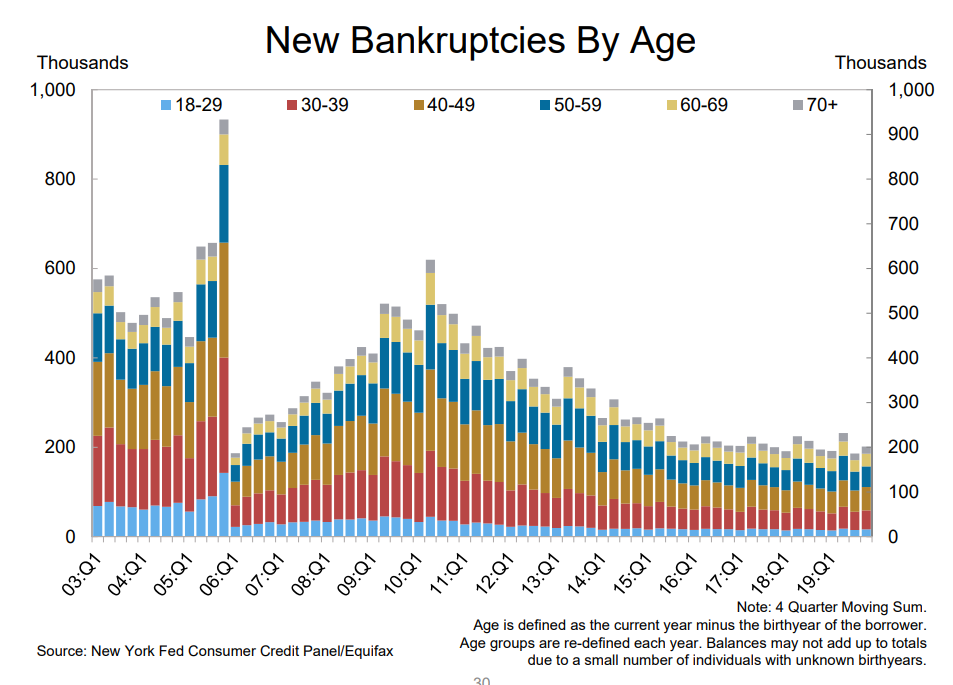 The Bankruptcy Abuse Prevention and Consumer Protection Act of 2005 (BAPCPA) (Pub.L. 109–8, 119 Stat. 23, enacted April 20, 2005), is a legislative act that made several significant changes to the United States Bankruptcy Code. Referred to colloquially as the "New Bankruptcy Law", the Act of Congress attempts to, among other things, make it more difficult for some consumers to file bankruptcy under Chapter 7; some of these consumers may instead utilize Chapter 13.

The Bankruptcy Abuse Prevention and Consumer Protection Act (BAPCPA) made changes to American bankruptcy laws, affecting both consumer and business bankruptcies. Many of the bill's provisions were explicitly designed by the bill's Congressional sponsors to make it "more difficult for people to file for bankruptcy." The BAPCPA was intended to make it more difficult for debtors to file a Chapter 7 Bankruptcy—under which most debts are forgiven (or discharged)--and instead required them to file a Chapter 13 Bankruptcy—under which the debts they incurred are discharged only after the debtor has repaid some portion of these debts.

As "most debts [would be] forgiven" under Chapter 7 bankruptcies prior to Oct 2005, the spike in bankruptcies in that quarter is almost certainly driven by persons filing bankruptcies before the new law "[made] it more difficult".

From the Wikipedia page linked above:

After this change in law, any creditor could force dismissal or conversion of the bankruptcy should the person declaring bankruptcy make more than a certain amount of money.

2
Do US politicians consider the 2008 Global Financial Crisis Finished?