What is the rationale behind delaying the imposition of more radical Covid-19 countermeasures?

On March 3rd, the UK government released a publication detailing its Coronavirus action plan, which contains the four-stage plan that will be implemented throughout the country, in all four devolved nations, as the impact of the disease continues to worsen. Below is a brief summary of each stage:

At the moment, the UK Government insists that the country is still in the containment phase, despite the country's Chief Medical Officer and the government's chief medical advisor, Prof. Chris Whitty telling MPs as early as March 5th that the UK "was now "mainly" in the delay phase".

At first glance the government's refusal to move to the delay phase, despite 460 total cases, and confirmed community spread, seems stubborn and almost deluded, however, the Scottish Cabinet Secretary for Health and Sport, Jeane Freeman told MSPs after attending a COBRA meeting on the 10th that

The timing of moving into the ‘delay’ phase, and what measures are judged to be the most effective in that phase, must be and are driven very firmly by scientific and clinical advice. Understandably people will be looking to the situation in other countries and questioning why some of the moves they are taking are not being made here yet in Scotland and in the UK.

What is the risk behind taking these measures - i.e. moving into the delay phase - too soon? I note that Poland, for example, which has a fraction of the cases of the UK, will close all museums, cinemas, & schools from Monday. Why might this be a mistake? Is there any research that has evaluated this?

(Note that although the example I have given is UK-based, I am also interested in answers that refer to the general postponement of more extreme countermeasures internationally)

Specifically with reference to the UK, an article in the Guardian reports that

Experts have warned about the risk that if tough measures are taken too soon, “fatigue” may set in, prompting the public to disregard the advice just as the virus reaches its peak.

Effectively the argument is that, absent some sort of enforcement squad if people are told to stay in lockdown for a significant period, without a significant scare factor to justify it, then people will assume the risk is actually overblown and start mingling again, just at the moment that many of them are at their most contagious, starting a whole new outbreak in the herd of uninfected.

Shutting down schools, banning large gatherings and pushing people to do home office has a massive economic cost. Of course you never get the exact numbers on either death or cost but essentially you have to answer questions like: How many death does one need to prevent to make a 10% reduction of annual GDP worth it? This is a complicated ethical question and I don't have an answer for it either. But 'reduce Corona death at any cost' is not a wise government strategy. Maybe the UK should fully move into the delay phase right now, but this is not an easy decision and people can have very different equally valid opinions on when would be the appropriate time.

It's a balancing act. You want to save as many people from the virus as possible, but you also don't want to disrupt the economy any more than you need to. This isn't just people being greedy either, many people living paycheck to paycheck cannot handle a recession. Some of these people will, after losing everything, commit suicide. Others will turn to dangerous drugs to cope.

Because you would potentially destroy some businesses

Understand that minor and temporary inconveniences can be absorbed by the market, but if those distortions last for long periods of time, they can carry serious consequences. For instance, Royal Caribbean Cruise Lines is offering full refunds through the end of July

Effective March 6, 2020, the new Cruise with Confidence policy allows our guests to cancel any cruise departing on-or-before July 31st, 2020, up to 48 hours before departure, and receive a Future Cruise Credit that can be applied to any future cruise departing in 2020 or 2021.

Now, you might be wondering why this applies here. Well, there's real economic consequences to that 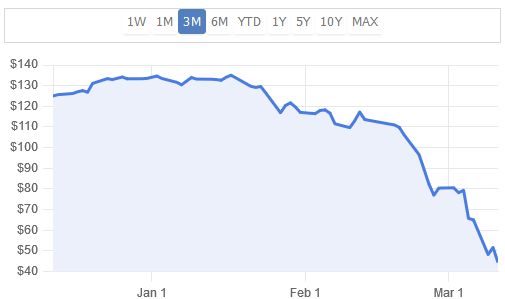 RCL will likely recover, but they're a big company. Smaller companies might not be able to run mostly empty ships and some have opted not to run at all

I am writing today because the situation has now become such that operating as a travel company involves significant risks of quarantines or medical detentions, which could diminish the travel experiences for which our guests have been planning. As a private company with strong finances, we do not have to worry about quarterly profit expectations – and that flexibility allows us the ability to do what is best for our guests and our employees, as we have always done.

Therefore, we have made the difficult decision to temporarily suspend operations of our river and ocean vessels embarking from March 12 to April 30, 2020

We're talking massive work stoppages. These cancellations will have ripples

And we're just talking the cruise industry. Airlines are in the same boat and that boat is starting to fill up

The major NCAA conferences have cancelled their postseason basketball tournaments amid continued fears over outbreaks of the coronavirus.

Most economies are service based, which means that a full-on quarantine translates into businesses unable to meet whatever economic activity brings in money. As such, people get furloughed, lose jobs, and the whole effect can spiral out of control.

In Seattle, bracing for the coronavirus also means preparing for what could be a devastating economic impact. Business owners and residents have already seen a drop-off in tourists in areas of the city that heavily depend on foot traffic.

"It's like a ghost town," Francisco said about the famous Pike Place Market where she has her shop.

Not the answer you're looking for? Browse other questions tagged united-kingdom healthcare international policy covid-19 .

6
How did the US prepare for the coronavirus (COVID-19) outbreak?
51
Why do Western countries seem to be less efficient than Asian countries in fighting against COVID-19?
6
What measures has Romania taken to contain the returning diaspora?
12
Why have some governments banned outbound international flights in response to COVID-19?
3
Is it normal for the Prime Minister to be absent from Cobra meetings?
2
What is the Victorian government's long-term COVID-19 strategy for reopening borders?
3
Is "fiscal cynicism" an issue in any Western country?
6
For what reasons have countries outlawed prenatal testing?
1
Do any countries have limits on healthcare personnel work hours?