What survey data exists about how Americans are weighing trade-offs in COVID-19 responses?

Please note that I'm not endorsing those views... but they do exist in various shapes, e.g. 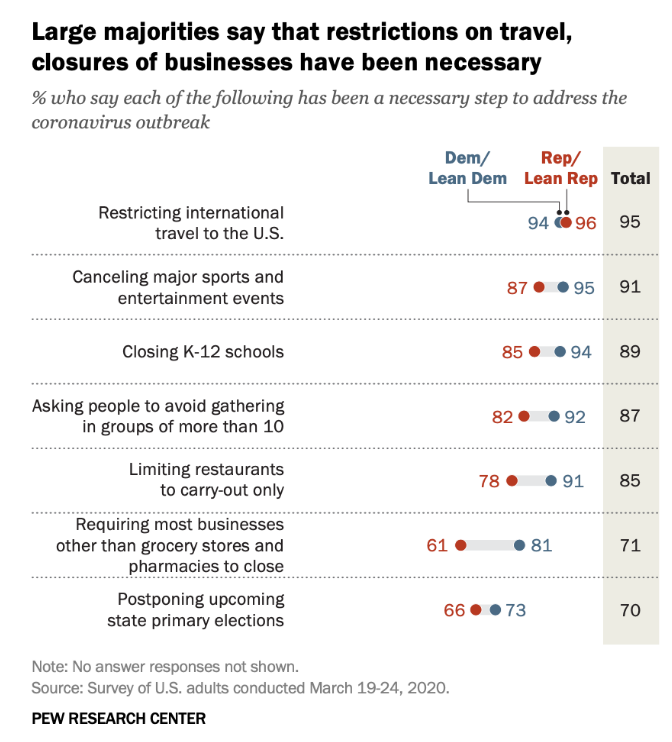 19
Long term, does Trump's wall cost more than it saves per year?
76
Why is COVID-19 prompting such wide scale action versus other infectious diseases?
61
What are the objections to Mitch McConnell's COVID-19 Bill?
1
How do the conservative media commentators skeptical of Covid-19 explain [away] the freezer truck rows in NYC?
10
When Fauci called for China to shut down the "wet markets" (on Fox News) was he specific what he meant by that term?
8
Have more prominent Republicans besides Giuliani ridiculed Covid-19 case tracing?
8
Where did the tendency for President Trump and Republican governors to downplay the need for COVID-19 safety measures originate?
2
What are the financial arrangements for COVID-19 vaccine purchases given there is no proven vaccine anywhere yet?