Can the European Central Bank "print money" to partially mitigate the economical effects of the coronavirus infection spreading?

SARS-CoV-2 infection managed to bring a significant part of the economy to a halt and it is expected for lots of companies to have cash flows problems (e.g. impossible to pay the suppliers). I have recently saw a Romanian economist speaking about this issue and I was wondering how US and EU are dealing with this.

The European Central Bank decided to buy €750 billion worth of bonds while the US is considering printing more dollars (my emphasis).

The extraordinary actions of the Federal Reserve on Monday morning can be boiled down to two sentences: There is a rapidly developing shortage of dollars across the economy. And the Fed will do anything it needs to, on any scale imaginable, to end this shortage.

Its announcement was phrased in the dry bureaucratese typical of statements from a central bank. But it contains a powerful idea. The Fed, the one entity in the world with the power to create dollars out of thin air, has every intention of doing so at whatever magnitude is necessary to try to reduce the severity and limit the duration of the coronavirus economic crisis.

I am wondering why the Fed can print dollars while ECB cannot print Euros. Especially considering the "desperate times" of the new SARS.

Question: Can the European Central Bank "print money" to partially mitigate the economical effects of the coronavirus infection spreading?

The Fed is the central bank of the United States, which is one nation despite the plural form in their name.

The ECB is the central bank of some (but not all) EU nations, and their operation is based on an international treaty. What the ECB can and cannot do is spelled out in that treaty, and the member states could always modify the treaty if they consider that appropriate.

A lot of journalists just call QE "money printing", so there's your answer. (And yeah, what that NYT column you've quited is "splainin' for the average Joe" is also QE, just done by the Fed. For more on that https://economics.stackexchange.com/a/34655/6210.)

Now if you want to ask what are the (theoretical) limits for ECB's (potential) QE programs/initiatives, that would be a good question. 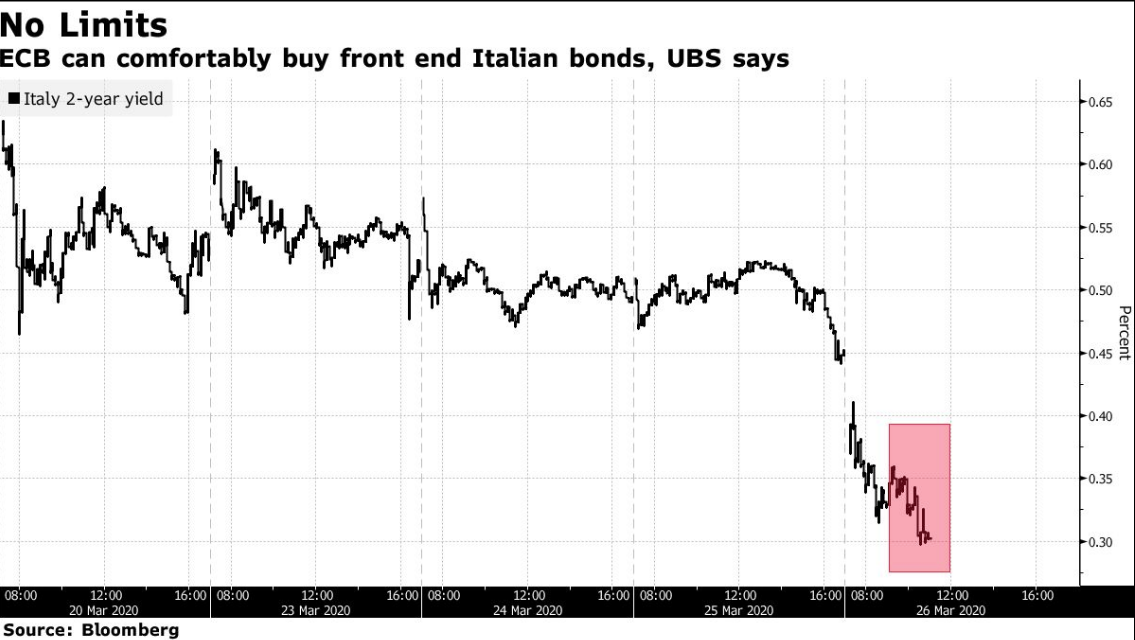 In terms of the actual, physical printing, no, the Fed doesn’t actually print or produce money in any form. Coins come from the U.S. Mint, and paper currency comes from the U.S. Treasury’s Bureau of Engraving and Printing. The Fed distributes currency after it’s printed.

In the United States, the Federal Reserve, as my linked article puts it, "controls the flow of money."

...the Fed has the ability to control how much money is in our economy.

It does this most commonly by loaning money to banks:

The Federal Reserve lends to banks and other depository institutions--so-called discount window lending--to address temporary problems they may have in obtaining funding.

They can also determine the rate at which this money is loaned, which is often higher than market-rate (same link as above, but just so it's clear what I'm quoting here):

...the Federal Reserve lends at a rate that is higher, and thus more expensive, than the short-term rates that banks could obtain in the market under usual circumstances.

Of course, this can change depending on the economic situation:

Even if banks don't borrow at the Fed discount window, they find that all the other banks have raised their lending rates as well. The Fed raises the discount rate when it wants all interest rates to rise. That's called contractionary monetary policy, and central banks use it to fight inflation. This reduces the money supply, slows lending, and therefore slows economic growth.

The opposite is called expansionary monetary policy, and the central banks use it to stimulate growth. This lowers the discount rate, which means banks have to lower their interest rates to compete. This increases the money supply, spurs lending, and boosts economic growth.

Of course, this isn't the only way it controls the money flow. This is just for an example.

Anyway, the point is, the Federal Reserve can't print money, or really pull it out of thin air.

Not the answer you're looking for? Browse other questions tagged european-union economy covid-19 central-bank .

6
How is the policy of the European Central Bank determined if every country has a different economic situation?