Sweden has adopted a far less radical set of policies in reaction to COVID-19 than most other European states. Many other European states are in "lock-down", with severe restrictions on people's free movement, with people being advised to only leave their homes for food/medicine. In Sweden, by contrast, people are largely carrying on with their normal lives.

While every other country in Europe has been ordered into ever more stringent coronavirus lockdown, Sweden has remained the exception. Schools for pupils up to 16 years, kindergartens, bars, restaurants, ski resorts, sports clubs, hairdressers: all remain open, weeks after everything closed down in next door Denmark and Norway.

As the rest of Europe lives under lockdown, Sweden keeps calm and carries on - The Guardian, March 28, 2020

What social and political factors underlie this decision, and why is it so dramatically different from the response of other European countries?

The reason for Sweden's rather hands-off approach compared to other European countries was summed up rather well by lead epidemiologist of the Public Health Agency of Sweden, Anders Tegnell, who said in an interview with CNBC:

My view is that basically all European countries are trying to do the same thing — we’re trying to slow down the spread as much as possible to keep healthcare and society working ... and we have shown some different methods to slow down the spread, [...] Sweden has gone mostly for voluntary measures because that’s how we’re used to working, and we have a long tradition that it works rather well.

This tradition of 'laissez-faire-ism' that Tegnell talks about was explored by Johan Norberg in his 2013 essay How Laissez-Faire Made Sweden Rich. This is quite long but well worth a read. Notably, Norberg argues that rather than Sweden's economic and social successes being a result of the SAP "managing to tax, spend, and regulate Sweden into a more equitable distribution of wealth—without hurting its productive capacity", Sweden's greatest successes both economically and socially "took place when Sweden had a laissez-faire economy".

Sweden's approach to the current pandemic, then, would seem to be influenced by the political traditions of its past. I should note that although Tegnell is hopeful that the current strategy will be successful, he doesn't rule out the implementation of more stringent measures should the data suggest that the laissez-faire tactics are not working.

As far as social factors that have influenced Sweden's response go, one such factor is how sparsely spread its population is. This article from Our World in Data notes how Sweden consistently ranks near the top of metrics related to single-occupant households, and the country also ranks 50th out of 54th for Population Density amongst other European countries.

It is likely that another factor has been the reluctance of the government to negatively affect the economy more than is required. For example, although taking a hands-off approach with regard to restricting personal liberties, it has taken a far more active role in ensuring the continued functioning of business, and on March 27th announced that it will guarantee 70% of bank loans provided to companies that are experiencing financial difficulty as a result of the pandemic.

In conclusion, Sweden's response so far seems to be a combination of the reluctance of Swedes to accept restrictions on personal liberty - note the outcry by opposition parties when a proposal to rule by decree was announced, a tradition of past laissez-faire approaches, and distinct social factors that will potentially help provide a natural defence against the virus.

This Forbes article sheds some light upon the Sweden's strange response to COVID-19:

Referring to the social/cultural factors, an interesting fact is that Sweden has a very low proportion of young people living with their parents and this, at least in theory, should help not spread the infection to the most vulnerable. As long as younger persons obey the social distancing advice the mortality rate should be lower.

Side note: it seems that Scandinavians (along with some of the people in Eastern Europe) have a bigger chance of developing a milder version of the disease due to genetics reasons. This helps with not overcrowding the hospitals, since less people require hospitalization.

The two existing answers by CDJB and Alexei are great but there are some important points missing: 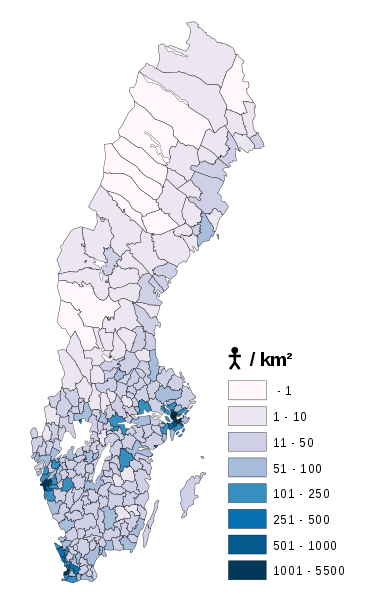 Long-term sustainability
Fighting Covid-19 is not a sprint, it is a marathon. Lock-downs are a sprint measure. As of today, the official infection rate in Spain is at 0.3% of the population. Even accounting for a larger number of unknown cases, this will result in a low single-digit percentage. This means that basically all people are still susceptible to infections.
An infection however will only end when herd immunity is reached and at the current rate this will take years. Herd immunity can be created artificially by vaccination but this will take a long time (even the most optimistic scenarios expect more than 6 months). A hard lock-down like in Spain, Italy or France is not sustainable for more than a few weeks before everything breaks down. The Swedish way is more sustainable in the long run.

Only few people are actually at risk
For most people, symptoms are soft or they are even asymptomatic. If you manage to separate high-risk groups or at least minimize their exposure, life can continue for the remaining population. If you look at infection rates all over the world, one can make a solid assumption that in any country >95% of the population are not infected at all. There is a trade-off to make between trying to protect a few high-risk people and restricting the lives of everyone else.
This is a difficult decision to make and most countries so far try to err on the safe side. Trading potential lives against convenience and cost is unpopular if asked directly but it is done all the time in normal everyday life. Not every car comes will all the available safety features. Driving with a certain amount of alcohol consumption is allowed although discouraged. Not every product is designed totally fail-safe. On so on. The list of trade-offs is huge

Not the answer you're looking for? Browse other questions tagged covid-19 policy public-health sweden .

3
Why are Scandinavian countries promoting wearing masks so little compared to the rest of Europe?
0
What long-term options do politicians have for Covid-19 and what are their implications?

5
What are the arguments for and against charities engaging in political campaigning?
3
What exactly is a Covid-19 "red zone" in Italy, and how many people are in those?
7
What did the US CDC say about COVID-19 human-to-human transmission between Jan 14 and 21?
52
What reasons are offered by those who both endorsed social distancing and then endorsed the BLM mass protests?
8
What political factors led to the slow rollout of the COVID-19 vaccine in Canada?