Coverage of UK election nights is usually interspersed with footage of ballot counts, along with the result declarations in individual constituencies. The image below shows an example of one of these counts, and you can see that there are a lot of people seemingly milling around, especially in the back of the hall. 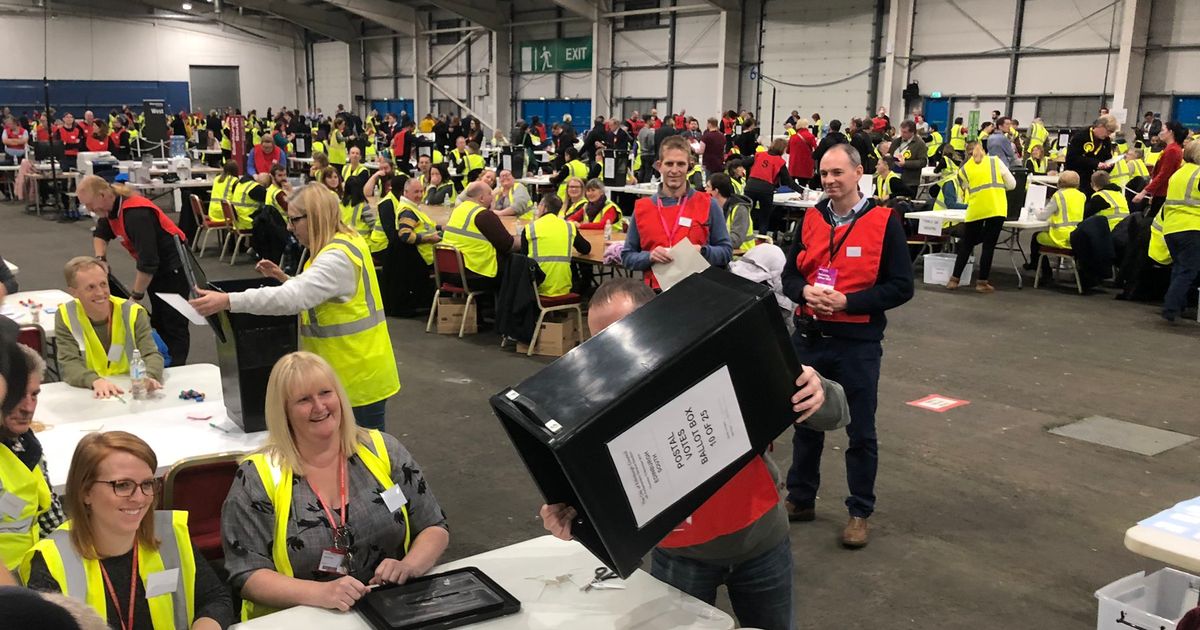 Who can attend these ballot counts, and who is allowed to actually count the ballots? Do you have to sign up to be a volunteer, do you have to be a member of a constituency political party, or can you just turn up on the night?

The counters are volunteers. Anyone can volunteer, but the local governments that run the counts prefer people with administrative and organisational experience, and many of the regular counters are bank staff, who are used to counting pieces of paper quickly and accurately. Members or active supporters of political parties are not accepted as counters, who are required to be impartial.

The people who aren't counting are either journalists, the count supervisors, the candidates, or members of the party campaign teams. The latter two groups are allowed in as witnesses, but attempting to interfere with the count would be most unwise, since it will prejudice everyone concerned against you, which the courts would likely accept as natural justice.

Not the answer you're looking for? Browse other questions tagged united-kingdom election voting ballot .

5
Why does the election worker cover the slot on a ballot box?
12
Can the British public request a General Election?
3
In a California election, can you obtain the ballot of your choice on your own?
5
Does writing a message on an otherwise acceptable English ballot paper "spoil" the vote?
6
What is the procedure for calling a recount in a General Election?
15
What if there is no Presidential winner on Jan 20?
80
Why is vote counting made so laborious in the US?