Why have so many countries withdrawn recognition of the Sahrawi Arab Democratic Republic?

The international recognition of the Sahrawi Arab Democratic Republic, a partially recognized de facto sovereign state located in the western Maghreb, which claims the non-self-governing territory of Western Sahara, but controls only the easternmost one-fifth of that territory, has had a tumultuous ride: 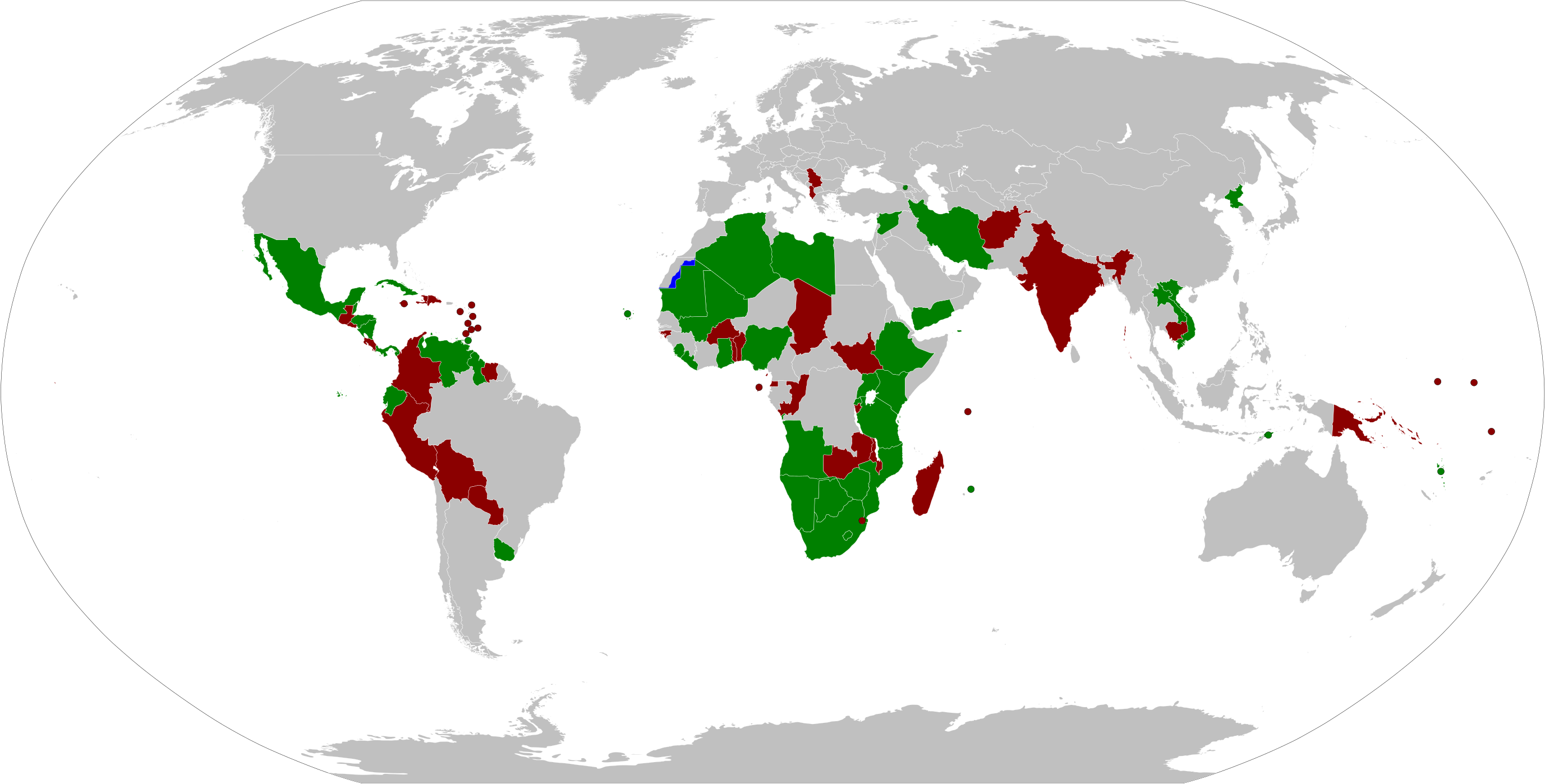 As the map shows, 84 UN Member states, along with South Ossetia, have, at some point, recognized the Sahrawi Arab Democratic Republic, mostly in the 1970s/1980s. Of these, more than half (44!) have since withdrawn recognition, mostly in the 2000s and 2010s, possibly contrary to the stipulations of the 1933 Montevideo Convention. Is there a widely accepted reason for these withdrawals of recognition? Based on what I have heard, it might be related to Moroccan economic pressure on these countries, but I have not been able to find any reliable sources supporting this stance.

Your suspicions are correct in at least some cases - the withdrawal of recognition seems to mostly be as a result of Moroccan diplomatic and economic pressure. In Morocco and the African Union - Prospects for Re-engagement and Progress on the Western Sahara, McNamee et. al note the consequences for South Africa recognising SADR:

After 1984, Morocco expended a huge amount of diplomatic and financial muscle on trying to get SADR out of the OAU.

On 15 September 2004, just over two years since the AU was founded, Moroccan officials were left reeling after the ‘shock’ recognition of SADR by South Africa.

Morocco swiftly withdrew its ambassador to Pretoria and condemned South Africa’s ‘partial, stunning and ill-timed’ decision, noting in its official response ‘the pioneer support it has continuously provided to the legitimate struggle of the South African people for its dignity and freedom,’ referring to the ANC’s struggle against apartheid.

South Africa has not withdrawn its recognition, but this is hopefully illustrative of the sort of pressures Morocco puts on states that formally recognise SADR. This isn't, however, the only reason that may lead states to withdraw recognition; the case of Kenya is discussed:

Kenya, for example, suspended its decision to recognize SADR in 2006, apparently so it could act as a mediating party.

It is the right decision for El Salvador. We are no longer recognizing a country that does not exist, we are strengthening our ties with the Kingdom of Morocco and we are opening the doors to the Arab world,

This last point probably refers to the fact that the Arab League also supports the Moroccan claim to the territory. Pressure from the League as a whole is also likely to be a factor.

On the other hand, Haiti withdrew recognition in 2013 ostensibly to "encourage the settlement of the issue by the UNSC and support efforts made by the UNSG and his personal envoy to reach a final, mutually-acceptable political solution by the parties".

Jamaica also took a similar line when it withdrew its recognition in 2016, the Minister of Foreign Affairs and Foreign Trade stating in 2019 that "Jamaica maintains the position it took in 2016 and reiterates its decision to withdraw its recognition of the self-proclaimed 'SADR,'. We reiterate our support for the political process underway aimed at reaching a realistic and pragmatic solution."

So broadly, there seem to be two reasons for withdrawal of recognition; firstly, pressure from Morocco and the Arab League as can be inferred either by withdrawals occurring after meetings with Moroccan officials, or subsequent support for the Moroccan claim, and secondly, a desire to appear neutral and support the process for the settlement of the issue through the United Nations.

Of course, this second reason could be used as a way of saving face and not being seen to submit to Morocco's demands, but there is unlikely to be evidence of this. In particular, it seems unlikely that Morocco could apply significant economic pressure on a state such as India, which withdrew recognition in 2000.

Finally, it should also be noted that according to McNamee et al., the 'de-recognition' of a state is fairly weak:

But under the AU Charter, just like the UN Charter, there is no provision for de-recognition. In technical and legal terms, therefore, it is immaterial how many African countries derecognise SADR.

Not the answer you're looking for? Browse other questions tagged international-relations united-nations diplomacy africa morocco .

7
Why do many international organizations have their headquarters in Geneva?
0
Do the G5 countries have veto right in the UNODC?
14
Why do some countries recognise Taiwan as the sole legitimate government of China?
7
What real effect does today's UN vote to condemn the United States' recognition of Jerusalem as Israel's capital have?
4
Does the US "coerce" other countries to criminalize many drugs?
37
Why are so many countries still in the Commonwealth?
1
Why does China have no diplomatic relations with the Holy See?
23
Why have Bulgaria, Hungary, Mongolia, and Poland withdrawn from the Convention on Assistance in the Case of a Nuclear Accident or Radiological…?