Has the WHO or any individual countries released COVID-19 statistics divided on basis of sex?

In February 2019, the U.S.A released HIV statistics based on sex: 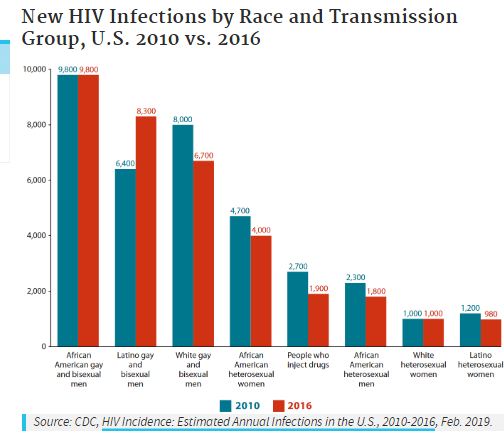 Have the WHO or any individual countries released COVID-19 statistics divided on this basis?

international covid-19-virus statistics who
share | improve this question | |
edited May 8 at 17:38

The WHO has reported sex-distributed data - in their 89th COVID-19 situation report published on April 13th, they released data on this topic aggregated from the then 747,546 cases reported by member states. Of these documented cases, 95.9% reported information on sex.

When cases reported from the United States, Germany and Italy are excluded, the overall sex ratio changes to 0.95:1 (more females than males amongst the cases), while there remains an excess of males in the 0-9, 60-69 and 70-79 year age groups. 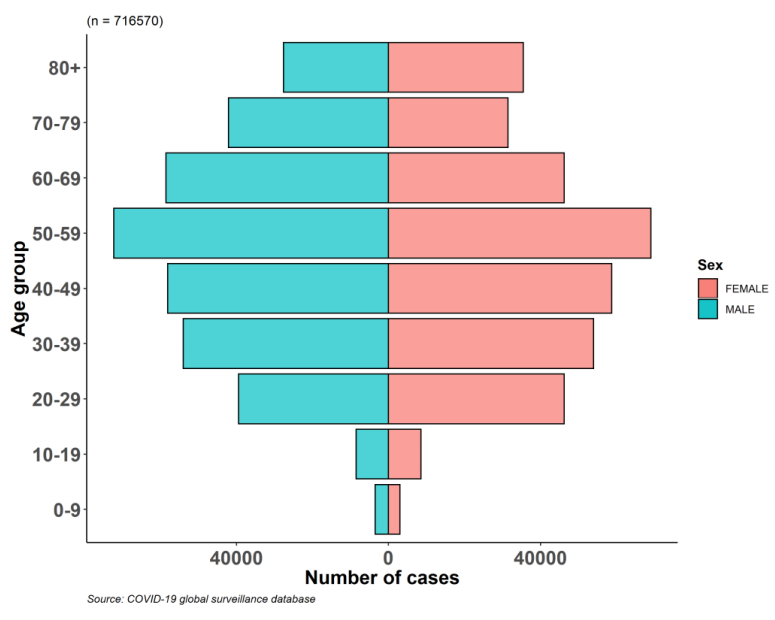 Not the answer you're looking for? Browse other questions tagged international covid-19-virus statistics who .

3
Consequence of COVID-19 constituting a Public Health Emergency of International Concern?
10
What is the significance of the WHO characterising Covid-19 as a pandemic?
6
Has the WHO said anything about travel restrictions since the end of February?
5
Are any countries besides China planning to use “Fangcang” hospitals to relocate those infected/suspected of Covid-19, but who have a mild illness?
27
When did the WHO decide there was evidence of human-to-human transmission of Covid-19?
1
What's the earliest date on public record when the WHO requested to visit Wuhan to investigate COVID-19?
4
Have any polls been conducted measuring support for the WHO?
2
Is the UK reporting (extra) deaths in care homes now as related to Covid-19?
2
Why did the Chinese government change their publicly-reported COVID-19 infection and death rates?