Can US Government involvement in the latest Venezuela incident be proven with current facts? [closed]

Ask Question
Asked 2 months ago
Active 2 months ago
Viewed 117 times
-4
Closed. This question is opinion-based. It is not currently accepting answers.

Recently, Venezuelan police and army forces intercepted a group of invaders, trying to infiltrate into Venezuela on boats.

Bellingcat reveals some details about Guaido's involvement in this: 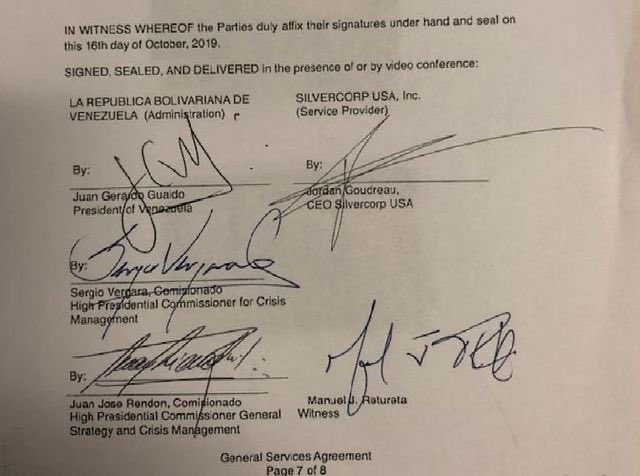 , and the fact that Silvercorp company employers work as Trump's bodyguards.

Does this summary of facts provide proof of US involvement? Or it is just "highly likely" facts?

At this moment, Trump officially denies US involvement.

Yes some of those involved worked for Trump, but quoting from Bellingcat article you linked...

Goudreau claimed responsibility for the “amphibious raid”, and hinted that other operations were ongoing. [...]

All of this does not mean that Goudreau is part of the Secret Service. Trump famously employs private security for himself and during his rallies, and Silvercorp were likely contracted for this rally in Charlotte. [...]

President Maduro claimed in a televised speech on the night of May 4 that the involvement of U.S. citizens in the plot to overthrow him was evidence that the Trump administration was directly involved in the plan. There have been no public comments on these unfolding events from the U.S. government so far.

Likewise the document you've posted has Goudreau's signature and that of some Venezuelan officials in exile, i.e. opposition to Maduro, but no US government officials' signatures, as far as I can tell. And even that doesn't prove much even with regard to Guaidó, as AP notes:

[Goudreau] provided to Poleo what he said was an 8-page contract signed by Guaidó and two political advisers in Miami in October for $213 million. The alleged “general services” contract doesn’t specify what work his company, Silvercorp USA, was to undertake. [...]

There was no immediate comment from Guaidó on Goudreau’s claim that the two had signed a contract. Previously, Guaidó has said he hadn’t signed any contract for a military incursion.

So yes, US citizens were clearly involved in these events (by their own admission), but insofar that doesn't directly implicate the US government.

On the other hand, Trump has given more direct encouragement/support to Juan Guaidó including recognizing him as Venezuela’s “true and legitimate” leader.

Trump has now officially denied involvement in the Goudreau attempt:

“Whatever it is, we’ll let you know,” Trump told reporters in Washington before departing from the White House to Arizona. “But it has nothing to do with our government.”

Not the answer you're looking for? Browse other questions tagged united-states donald-trump international-law venezuela espionage .