What rights do I have as an American citizen when major social websites censor certain news stories or other public opinions? [closed]

Ask Question
Asked 11 months ago
Active 11 months ago
Viewed 339 times
-7
Closed. This question is off-topic. It is not currently accepting answers.

Are we not entitled as American citizens to expect U.S. based social web empires like Twitter, Instagram, Facebook, YouTube, etc., to let us determine for ourselves what is factual and what is not as we consume content over the web? Conversely, are American content providers and private citizens on social media not entitled to free speech and free press on these platforms?

These two questions are tightly coupled so I've dared to ask them together in one post.

I can certainly agree that allowing video on YouTube displaying a man's execution is very distasteful and inappropriate for public audiences, and that dangerous bomb-making instructions ought not be generally disseminated over public venues like Wikipedia.

But simple differences of opinion in regards to government and public policy are frequently being censored lately right in front of our eyes over these channels. It could be a potential conspiracy theory for all I care! Is it constitutional for Silicon Valley's own Facebook to censor a post and chalk it up to "independent fact-checking"? What I see happening here instead is that this social channel is actively crushing dissent.

Here's a sample of censored video journalism someone posted recently on Facebook (whose content I don't wish to promote, so I've blurred it). Just as I came to watch it, the video stream was shut off on account that it was supposedly, "Partly False". Today, you try to visit the link and it won't even appear. There was nothing violent in it, and nothing explicitly sexual. It was simply an interview with a controversial figure about a controversial subject. Yet this was censored: 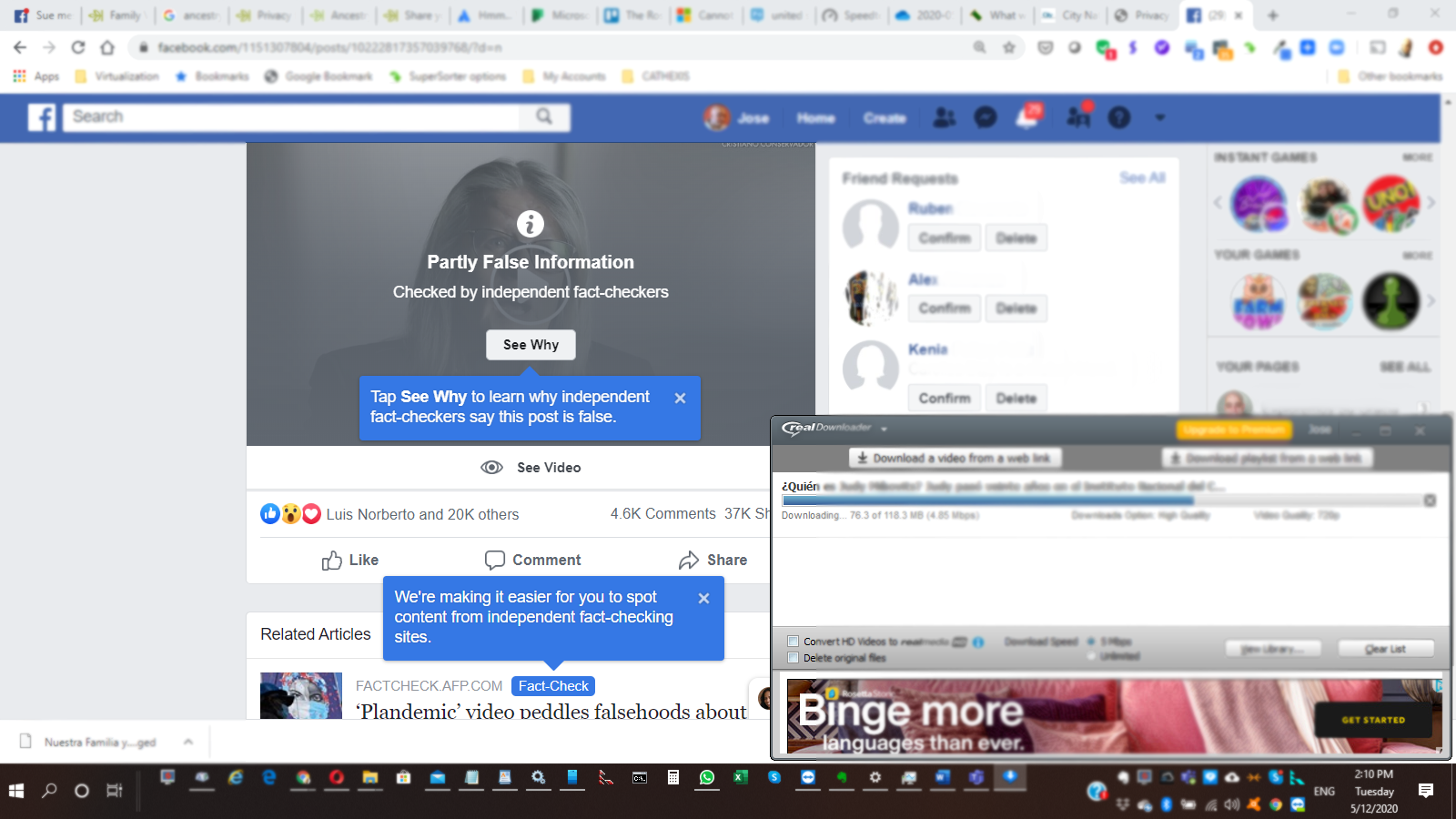 Is all this social media censorship a violation of our constitutional rights or not?

united-states social-media first-amendment
Share
Improve this question
edited May 14 '20 at 5:09

The trivial answer is "none". As other answers have noted, corporate social media is not the US Government. The US Government usually has no statutory power within corporate media to either prevent corporate censorship or compel corporate editing.

However, this easily answered question implies a thornier one: if ever a handful of large and powerful multinational corporations should hold a de facto virtual media monopoly or actual media oligopoly over the means of public communication, the results could at worst be all too similar to government censorship, but without any of the accountability typical of a democratic society.

That is, if we imagine for the sake of argument that the USA appointed an "Official Media Censor" who abused their office, aggrieved citizens might "vote the bums out" -- with corporations this option doesn't exist.

On the flip side, corporations need money, and media corporations need eyeballs, so citizen consumers in a capitalistic society at least have the option of looking elsewhere, and spending their dollars on whatever smaller forms of media exist that are more to their liking. Unlike with government censorship, buying an unpopular dissident magazine (usually) won't get the buyer thrown in jail.

You have the right to look for other news sources.

"Free speech" is about the government restrictions or compulsions, and the First Amendment was originally about Congress alone. (The Fourteenth Amendment has been interpreted as extending those First Amendment protections to cover actions by state and local governments.)

It's important to remember that "freedom of the press" includes the right to not publish. Compelling someone to say something they disagree with is just as much a First Amendment violation as forbidding them to speak is.

You're free to expect it, but you're going to be disappointed. That's because:

Conversely, are American content providers and private citizens on social media not entitled to free speech and free press on these platforms?

Despite all this government involvement, the Court held that MCAC was not a state actor when deciding what to show. Running a forum for people to speak is not traditionally an exclusive state function. The dispute turned on whether the public access channel was itself city property that MCAC was running on behalf of the city (running a city-owned public forum on behalf of the city is considered state action), and even with such a close relationship the Supreme Court held that it was not.

Turning to private social media, it has far less connection to the government than MCAC did. MCAC was officially designated by the city to operate a channel that state law explicitly designated as a public forum. Facebook and Twitter are not. Their actions are based on their own interests; they aren't administering their sites on behalf of the government. They are not state actors, and the First Amendment doesn't apply to them.

As other answers pointed out, the US constitutional law clearly applies to government entities, not private sector corporations.

One might ask interesting questions about those companies trying to "have their cake and eat it, too" by claiming both the right to sort, alter, or suppress user content on their own sites, and a near-total lack of responsibility for the content generated by their users.

But the situation right now is both legal and constitutional, because the Constitution was written long before the internet and laws have exceptions which treat social media platforms like telecommunication providers. Changing the US Constitution is a rather impractical proposition.

One might also ask about problems of monopolies/oligopolies in the social media market and the need to apply anti-trust laws, but that's another can of worms.

Not the answer you're looking for? Browse other questions tagged united-states social-media first-amendment .

36
Freedom of speech and where it applies
5
Why is Facebook not restricted by the U.S. government to be politically neutral, like the U.S. Army, for example?
7
Has Facebook’s (or other social network) block policy been abused to limit freedom of expression inside EU?

0
Can Germany fine social media sites over hate speech?
0
What non-public information did Senator Burr have when he decided to sell his stock?
2
Are major American news organizations in fact self-proclaimed as being left- or right-wing…or is determining that just relegated to public opinion?