What percentage of African-American Republicans are conservative?

I want to know what percentage of those who identify and/or lean Republican identify as conservative. I couldn't find anything on it because that is not a sizeable piece of the electorate.

The 2018 Cooperative Congressional Election Study is a large-scale survey project which contains a dataset formed of a nationally representative sample of 60,000 American adults.

The dataset includes two questions which can be used to answer your question. Firstly, the 'ideo5' question, which asks "In general, how would you describe your own political viewpoint?", and gives a five-point scale from 'Very liberal', to 'Very conservative', and secondly, the 'CC18_334A' question, which asks 'How would you rate each of the following individuals and groups?: Yourself', and gives a seven-point scale. 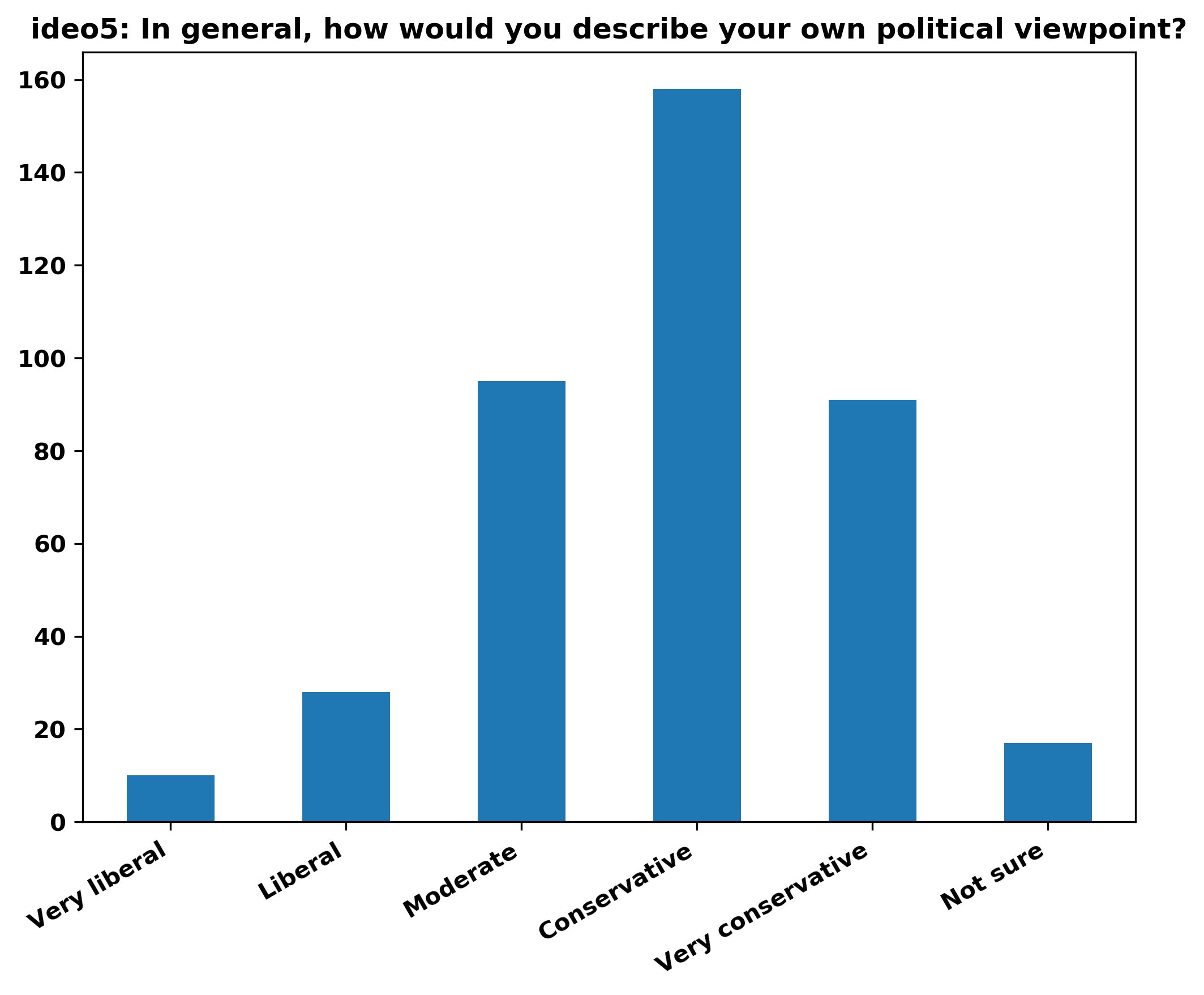 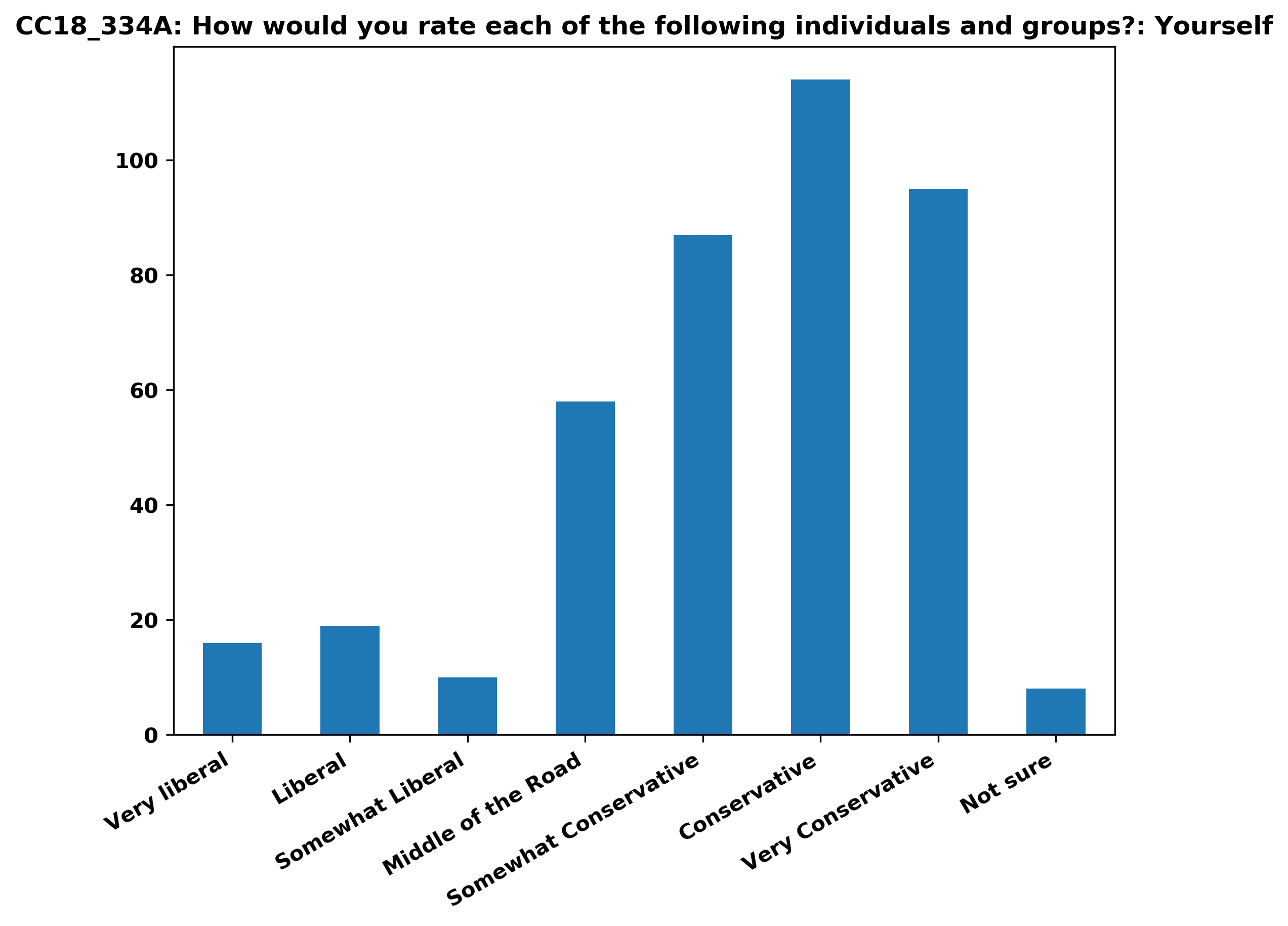 25
Is it true that Republicans have an unfair geographical advantage in elections for the House of Representatives?
17
How do Republicans explain their lack of support among minority voters?
30
Why isn't there a serious attempt at creating a third mass-appeal party in the US?
57
Why are Deep South states said to vote so lop-sidedly Republican, when they have high percentages of African Americans?
13
Are there more Democrats than Republicans in the United States?
25
Why do such a relatively high percentage of Republicans approve of Bernie Sanders?
1
Is California more liberal than Vermont?
4
Why does Trump do (somewhat) well with Native Hawaiians and Pacific Islanders?
6
Is splitting states to rebalance the senate really a viable strategy for the Democratic party?